Quality golf in Mexico is no secret with destinations like Los Cabos, Puerta Vallarta, Cancun and Rivera Maya highly promoted by the Mexican government being among the most popular vacation places in North America. They’re all great, but a little on the pricey side for some.

The El Cid Resort in Mazatlan is hoping that it can become an alternative place for golfers wanting to get more bang for their bucks and also get a chance to experience the “real Mexico” in the port city called the “Pearl of the Pacific” by offering golf packages that combine play on the 27 holes at the El Cid Golf & Country Club with the nearby18-hole Mazatlan Marina Course and the 18-hole Estrella del Mar. 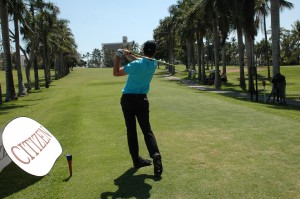 The original 18 holes at El Cid, designed by Tom Garcia and opened in 1972, did show signs of needing work, especially with the bunkers and tees, when I was there in late June, but I did hear that renowned Mexican golf architect Marcelino Moreno may be brought in for some renovations.

Golfers are put under pressure off the tees on the El Moro and Castilla nines with Palm trees and homes framing narrow fairways while there is a little more room off the tee on the Marina nine, designed by Lee Trevino and opened in 1998.

While I only got to drive around Castilla, I agree with a Golf Digest panelist with our group who felt it had a better variety of holes although it was 200 yards shorter, playing between 3,200 and 2,654 yards. The par 3 No. 8 might cause hookers problems with a large tree in the water blocking the route to pin placements on the right side of the green. Both par 5s played at less than 500 yards, within reach in two for the long hitters.

I enjoyed the Marina nine more since the fairways were in better condition, but water came into play on nearly very hole, adding to the challenge. Of course, a “gimmie” birdie on the final hole with a 5-iron approach added to my enjoyment. The Marina plays between 3,457 and 2,566 yards.

Another nice touch at El Cid is the availability of caddies, a bargain at $10 a round. My caddie quickly figured how to club me and seemed to know the breaks on the greens real well, but some of the suggestions for one of my playing partners seemed off as his caddie didn’t realize the speed of his putts.

Just a few minutes away is the new Mazatlan Marina, designed by David Fleming. We played the back nine, less than two years old. The other nine open for less than a year was closed. The layout was interesting, especially the par 5 closing hole that offered brave golfers a peninsula of fairway on the right that gives golfers a chance to get home in two as pro Arturo Mesa did. It plays from 5,088 to 6,809 yards with generous white tees at 5,672.

We really didn’t get a chance to see how the greens, featuring salt water tolerant Paspalum grass, would putt in the winter as they had just been aerified and topped with sand. 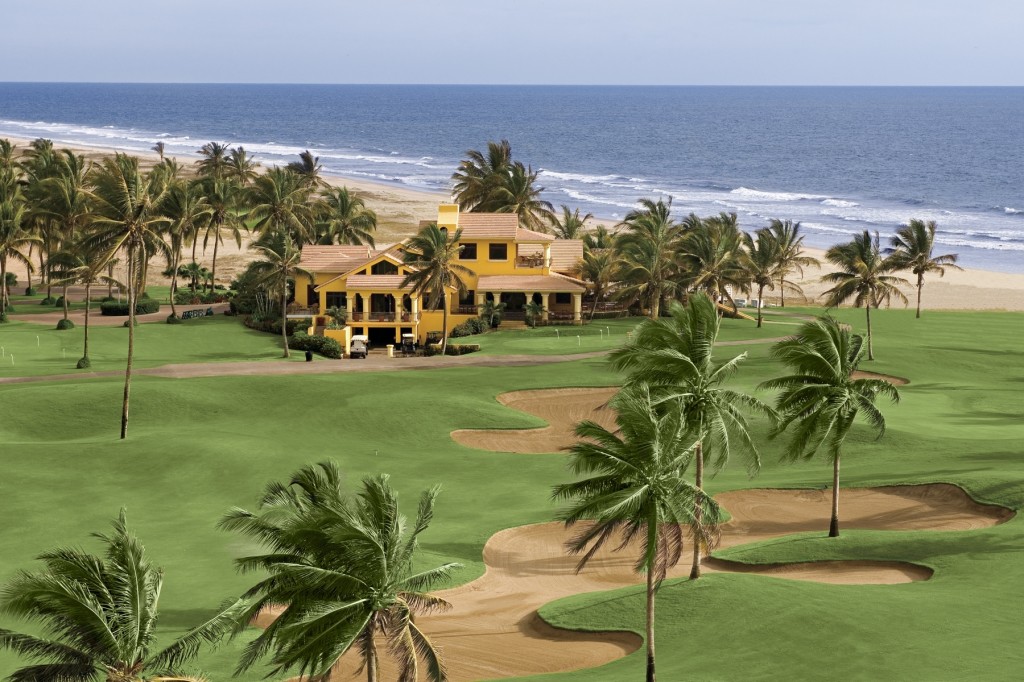 Estrella del Mar, called one of the “best kept secrets in Mexico” and designed by Robert Trent Jones Jr., is easily the best course right now and was scheduled to host both the 2011 Mexican PGA Championship and the 2011 Junior America’s Cup.

The tropical landscaping with Palm trees is spectacular and there are five holes on the back nine where you have panoramic views of the Pacific Ocean. Some of the greens on the front nine were the smallest I’ve seen on a Jones design. As usual, Jones designed  a nice variety of holes, none that really look the same, with enough water hazards to add to the challenge.  Of course, wind also adds to the challenge, making it necessary to add two more clubs than you’d normally hit when playing into it. The course can be stretched to more than 7,000 yards, but is more enjoyable for most golfers from either the 6,600 or 6,000 range. It’s a bargain for an Oceanside course with green fees less than $125.

It’s definitely worth the 40-minute trip from the El Cid Resorts, offering 1,300 rooms in four hotels—the El Cid Marina Beach, the El Cid Granada, the El Cid El Moro Beach and the El Cid Castilla Beach. They’re close to all the nightlife and the revitalized historic center of Mazatlan plus the fishing that are reasons some go South.

The luxurious one-bedroom suite I stayed in at the Marina Beach featured wall-to-wall white tiled flooring with a living room, a kitchenette with a dining room, a marble bathroom with shower and a bedroom with a king bed. It was as nice a room as I’ve ever had except for the two-bedroom suite at a Hawaiian resort many years ago. I had a view of the ocean and could walk to the smaller of two swimming pools. It was a long way from the front desk, but a phone call got a shuttle quickly when needed. It’s all inclusive, too. Shuttle service is also available between all four hotels for those seeking more dining options like we did.

Las Villas at Estrella del Mar. with only 71 rooms, may be more of an option for couples just wanting to golf, lounge by almost a private beach or pool, read a book—there’s even a library room–or just be together as it is located only 10 minutes from the air port. Condominiums and homes are located in the complex, too.

With new direct flights on American Eagle from Dallas and service from Houston and Phoenix, don’t overlook Mazatlan when looking for a place to go this winter.