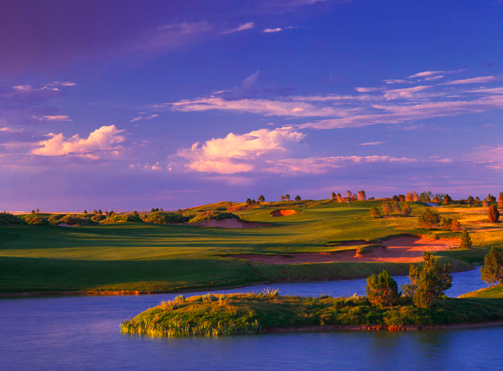 Teeing off on the West Texas Town of El Paso's Butterfield Trail No. 1

There is no denying that the West Texas town of El Paso has gotten more than its share of bad press through association lately. It’s proximity to Juarez, one of the more dangerous battlegrounds in Mexico’s ongoing war with the drug cartels, has unfortunately slowed tourism to the area.

Yet, driving near the San Jacinto Plaza today, there’s a surge of activity, redevelopment and renewal taking place. And since all of the registered historic buildings in downtown have —or will in the next few years—be celebrating their centennial birthdays, this proud metropolitan area is set to resume its place as one of the crowns on the Royal Road of the Interior Land, El Camino Real de Tierra Adentro.

Set right in the middle of that crown is the Camino Real Hotel, whose Tiffany stained-glass ceiling above the Dome Bar shines brighter than any of the other crown jewels. Completed in 1912, the Camino Real sits less than one mile from the banks of the Rio Grande and the Mexican border, and much like in its earliest days when guests would reportedly stand on the rooftop terrace to watch Mexican Revolution gun battles, today many rooms have views of our neighbor to the south. 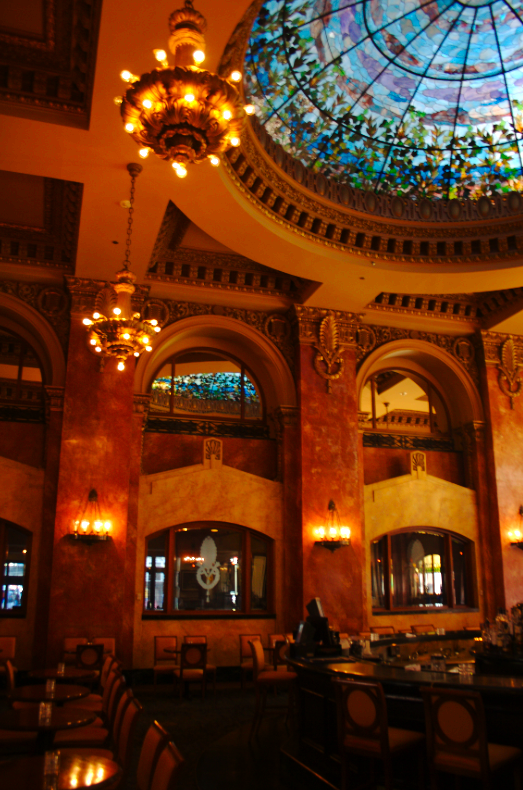 Under the Tiffany Glass Dome in El Paso's Best Bar

The views alone, both of the Camino Real’s interior refinement and the thought-provoking juxtapositions outside, turned out to be reason enough to use the Camino Real as a base for a recent visit to El Paso, and it’s elegant Dome Restaurant was an added bonus. Also a bonus was the hotel’s proximity to the Butterfield Trail Golf Club, a 2007 Tom Fazio design that feels grown in and completely set in place.

Despite the short drive from the Camino Real, the golf course is beyond the reach of both residential and urban development. And while it is adjacent to the international airport, Butterfield Trail seems as remote now as the fairway-surrounding mesquite mounds and creosote bushes were when horse train was the main mode of transportation. How natural Fazio’s work blends into the surrounding landscape is a testament to a design that required heavy doses of earth-moving equipment in order to create each and every hill on site. Thankfully, it plays as well as it looks, making all the hard work in creating the hillocks and elevated tees worth the effort.

In contrast to Butterfield Trail, the absence of hills at the nearby Painted Dunes Desert Golf Course only adds to its unique (in Texas at least) Cihuahuan Desert appeal. The first 18 holes, designed by Ken Dye in 1991, were already receiving plenty of accolades when Jeffrey Brauer added a third nine-hole routing in 1998. The result: Painted Dunes immediately jumped to the top of the list of municipal courses in the state. More than 10 years later, this course—with its multi-tiered greens and protuberating fairways kindling associations to Arizona golf—still earns its place at the top.

With Butterfield Trail and Painted Dunes as a springboard for resort development and a new influx of tourists, El Paso has visions of Scottsdale or Tucson-like golf offerings. But, you don’t have to wait for what looks to be a long course-construction recession to lift to plan a multi-round, multi-course golf trip in the surrounding area.

From El Paso, it is less than 125 miles north to mountainous Ruidoso, New Mexico, where two more courses await. At roughly 7,000 feet in elevation—and with the closest ski area to most of Texas—Ruidoso is a well-known getaway.

For the past 35 years, the Inn of the Mountain Gods—one of the first resorts built and owned by a Native American tribe, the Mescalero Apaches—has been the best place to stay in town. Thanks to a 2005 update, the inn is now home to a large casino as well, but its championship golf course remains more relevant than ever, even without a renovation. Despite more than one glancing blow from my golf ball, large ponderosa pines held their ground and my attention on five of the first nine fairways and made for as intimate an experience as a golfer should care to have with a course. 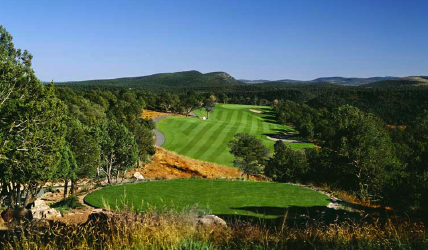 Having warmed up on the Inn of the Mountain Gods course, the next step is to make a tee time at The Golf Club at Rainmakers. One of Golf Magazine’s Top 10 New Private Courses in 2008, Rainmakers is allowing daily fee guests on the course until membership is full, so there’s still time to play what is easily one of the best courses in the state of New Mexico. The Robert Trent Jones II design is set on a south-facing slope in the nearby town of Alto and offers views of the 12,000-foot Sierra Blanca range, home of the Mescalero tribe’s Ski Apache. But its on-course features, such as the 40-foot-deep arroyo running along the 6th fairway, will strike just as strong of a recollection after trying to negotiate your way around all 18 holes.

Given the year-round appeal of the El Paso and southern New Mexico region, golfers can even straddle the end of ski season and the beginning of golf season in order to check both off your bucket list in just one day.

From Ruidoso the loop moves west, returning to the Camino Real trail, after first driving above the northern boundary of the White Sands Missile Range. Then, cross the Rio Grande, and you’re on Interstate 25 and just a short jaunt south to the town of Truth or Consequences, New Mexico, and Elephant Butte Lake.

Elephant Butte is the largest and most popular lake in the state of New Mexico, but long before it was built, travelers along the Camino Real and Native Americans before them would stop at what is now “T or C” (as it’s most commonly known) for a soak in the expansive geothermal springs that run underneath the small city, just feet below the earth’s surface.

Now, in addition to the lake and the artesian springs, golfers have reason to stop along the shores of Elephant Butte Lake. In fact, the new Sierra del Rio golf course at Turtleback Mountain Resort development is not just worth stopping to see, it’s good enough to warrant the two-hour drive from El Paso alone.

Designed by Dick Phelps and opened in 2007, Sierra del Rio can play long (with one stretch of back-to-back 600-yard par-fives), it can play wet (there are seven lakes on the course, four of which come into play) and it can play rough (mesquite, yucca and sage are all waiting amid the rocks for an off-line shot), but it always plays fun. The high-desert surroundings just off the fairway, the river valley’s extended growing season, the underground hot springs nearby and the lake’s shores in the near distance all create an oasis-like setting that can be completely refreshing for anyone who is accustomed to dry desert golf. 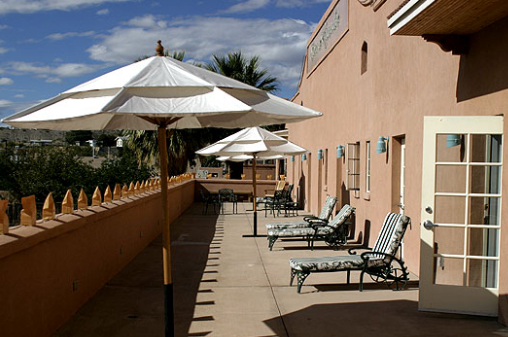 Soak in the Springs and Sun at Sierra Grande Lodge

Anyone who has golfed in the desert knows how dehydration can rob their swing by limiting the rotation in the spine. Or at least it makes it feel that way. A stay at the Sierra Grande Lodge and Spa will help. The lodge keeps multiple pools full of the hot water, the warmest getting as high as 107 degrees. And since Sierra Grande doesn’t treat the water, a dip in one will put you in touch with all 35 of the artesian spring’s minerals.

For further proof that the springs run directly underneath downtown T or C, get in an hour soak at Blackstone Hotsprings’ Wet Room, a private soaking pool inside the recently converted and significantly upgraded motel. Or, if the pull of the Camino Real is too great and you’re short on time for your return to El Paso, take a private half-hour bath in one of the original 1930’s tubs in the public bathhouse at Blackstone.

The bathhouse makes for a unique ending to an equally unique golf loop. And maybe it’s the minerals you’ve soaked in or the variety of shots you’ve been able to hit or the historic undercurrents in almost every direction you point, but having done it, there’s nothing quite like this loop. Royal indeed.