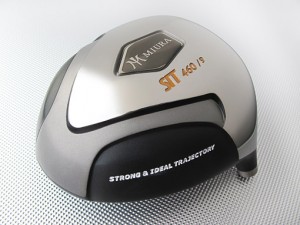 For years Katsuhiro Miura stood his ground, insisting that a driver with a 390cc head was as large as golfer would need.  While other firms released drivers with 460cc heads, the largest allowed by the rules of golf, Miura Golf developed its Precious Edition 390cc and then held fast.  “390cc’s is the perfect size to square the clubface,” insisted the fabled Japanese designer of ultra-high-quality irons, wedges and hybrids.

Katsuhiro Miura is a stubborn perfectionist, which accounts for the sublime look and feel of all of the clubs that forged by the craftsman and his two sons in Himeji, Japan, for centuries a center of samurai sword manufacturing.  But the Miura’s are also thoughtful and downright innovative, putting a distinctive twist to any new design.  With the recent released of its new SIT-460 driver – – the SIT stands for Strong & Ideal Trajectory – – Miura golf has not simply joined the crowd of big-headed clubs, but redefined the look and feel on its own terms.

Developed by Shinei Miura, the SIT-460 looks more compact than other drivers of this size, in part because the founder’s son made the face of the driver taller than most others. The height adds to the overall volume, but also makes more a larger effecting hitting area.  With a matt-black finish, the head has the cool look of those University of Oregon football helmets.  And while it is 70cc’s larger than the Precious Edition, the head weighs only 196 grams, four less than its 200-gram predecessor.

I have a pal named Wayne who tested an SIT-460, comparing it to his Precision Edition driver and a Cleveland 460-Titanium Launcher.  Now, Wayne went to master clubfitter David Butler and got a full set of readings from Butler’s TrackMan. He wrote a review that suggests the data, and some on course work, convinced him that the big driver was a superior club. Despite his post, doubts remained.

In truth, when it comes to selecting golf clubs, Wayne’s brain is like a hamster on a spinning wheel, running fast but getting nowhere on making a decision.  Sometimes his brain will freeze and he’ll spin around upside down on the wheel, like making some kind of decision, albeit temporary.  Mostly he goes around, and around and around, often for weeks and even months, which was the case of the SIT-460.

He finally brought all three drivers to the range at Marin Country Club, and I watched him hit several dozen drives.  Both Miura drivers produced a more piercing ball flight than did the Cleveland, although its distance was almost identical to the Precious Edition Miura.  Although Marin has limited flight balls, it was pretty clear that on comparable swings, he was getting about five additional yards from the SIT-460.  The Trackman does not lie and neither do my eyes.  So I told him to go with the Big Dog, and it’s his driver of choice . . . at least for now. 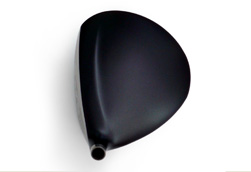 With its matt black finish, the Miura SIT has an understated look and feel.

The Miura SIT-460 driver is available in 9 degrees and 10.5 degrees of loft, right-handed only, and is available now through Miura dealers. The suggested retail price begins at $595 and will vary depending on the shaft the golfer chooses with the advice of an authorized Miura dealer/fitter. To find a Miura dealer near you, go to www.MiuraGolf.com and click on Find Dealers along the top navigation