Barney Adams recently published a piece in which he argued that – – for the good of the game – – average players ought to be playing courses that are between 6000 and 6400 yards, maybe even less.  He a makes a case that with average amateur golfers, 6700 yard courses contribute to slow play and long rounds, as well as a general lack of enjoyment.  Add this into the expense of green fees and you’ve got a couple of solid reasons why participation in golf has dropped 25 percent in the U.S. since 1990 – – and why every two or three weeks another course financially fails and closes. 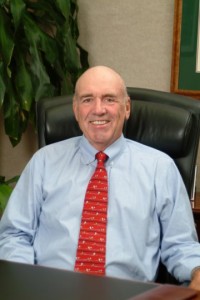 The fact is, most of us aren’t tour pros or even that talented of an amateur.  The average drive of a tour pro is 287 yards and a lot of them exceed 300 without great difficulty.  Top amateurs do the same.  Even on 7100-yard courses, they’re hitting short irons into most par 4 holes.  Adams  says studies show the average male drives a ball between 205 and 230 yards from the tee. Architect Mike Hurdzan says its more like 195. So, on 6700 yard courses, most of us are hitting hybrids and metal woods on approach shots, not short irons and wedges like the pros.

The extra distance leads to lost balls, long rounds and high scores.  It’s no wonder that the average amateur, with a 15-handicap, has trouble breaking 90.  A vast number of players can’t break 100.  And yet, I still see most men playing from the back tees.  Male egos seem to get in the way of moving forward, Adams suggests.  I agree.  Many times I’ve suggested to friends that we play forward tees and see if we can easily break 80, or get within a couple shots of par.  Invariably they shuffle their feet, decline, and end up shooting in the high 80s or worse, over-swinging on long shots and pulling them out of bounds or topping a dribbler that rolls into a creek.

Adams says that if amateur golfers move up, they’d be hitting many of the second and third shots with the same clubs used be tour pros, just at distances more suited to the average game. The rounds would move faster and players would have more fun.  But getting players to move up would require a significant culture change that’s too large for any one organization to make happen.  In a press release sent to journalists, Adams asked golf writers to make a case for the change.

OK, case made.  I also think the USGA could pitch in, while the PGA TOUR could create spots in which tour pros explain that amateurs could play better, and have more fun, if they moved forward.  But it’s the course owners and operators – – and superintendents – – who are in the best position to drive the trend, moving blocks forward and forcing players to play tees appropriate for the average game, taking the decisions out of the hands of those with tender egos.

(A long version of Adam’s article can be found by writing Mary Beth Lacy at mb@mblacy.com)