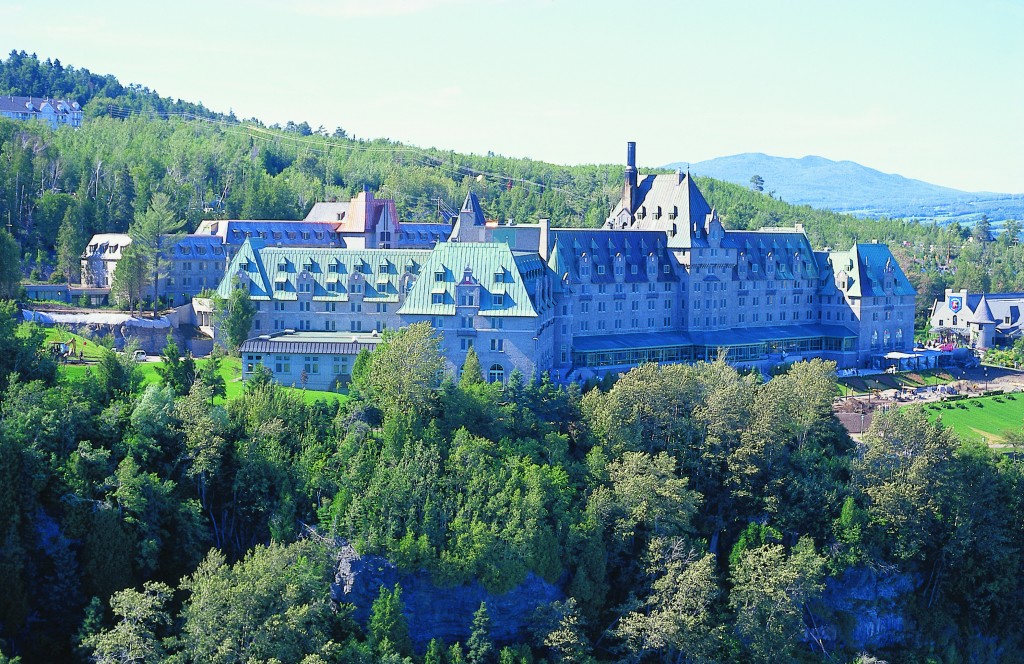 If Montreal is Quebec’s Paris, than Quebec City is the province’s Provence.  Or something like that.  Once you’ve walked the leafy streets and enjoyed a meal (or an overnight) in the historic Fairmont Le Chateau Frontenac, head toward Le Malbaie in the Charlevoix region, 90 minutes away.  On a cliff overlooking the St. Lawrence River stands the Fairmont Manoir Richelieu, which has attracted guests for more than a century.  Originally built to cater to luxury steamship passengers, the first hotel burned down and was rebuilt out of stone in 1929.  Rated as Canada’s golf resort of the year, the Manoir  has 405 rooms, three restaurants, spa, casino, formal gardens, extensive wine cellar, art collection, and the old-world feeling of comfort in the wilderness.

The original golf course was designed by Herbert Strong and inaugurated by U.S. President Taft in 1925, but underwent a complete renovation by Darrell Huxham, who also created nine new holes.  The course provides tremendous river views from virtually every hole and from the entire one-mile path from the hotel to Cardinal Point, where the clubhouse offers 720-degree views—which is to say you’ll look at the 360-degree views at least twice.  Rock outcroppings, great angles, extensive mounding, greens encircled by trees, and occasional blind tee shots characterize the golf holes.  The river STRONGLY influences the occasionally hilarious but consistently difficult greens. 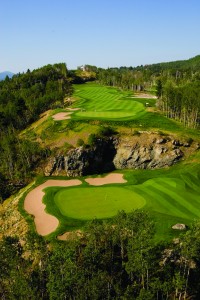 The Saint Laurent nine opens with one of the most spectacular views in golf— from a tee box towering above a fairway far below and studded with bunkers, and the St. Lawrence River curling widely in the distance.  Number two, a short par three with the river beyond, seems to drop off into infinity.  Holes two, four, and six are all terrific par threes of various distances that call for different types of shots.  In fact, the variety of approaches required by the Manoir’s holes is one of its greatest treats.

On the Richelieu nine, the second fairway is split by one of the rocky outcroppings that lend beautiful aesthetics to the entire course.  Stay right for a better entrance to the green 370 yards away.   Number five is perhaps the best par three on property—165 yards with a steep rock canyon and the river to the left, and an upslope to an amphitheatre green protected by four bunkers angling from short right to back left.  Beware the 295-yard seventh hole where a local fox has been known to run up to golfers and actually grab their putters—which in some cases could represent a merciful intervention.

The Tadoussac nine begins with a mid-length par three before presenting one of the toughest holes on the course—with bunkers in mid fairway and one of the most maddening greens ever built.  Has anyone mentioned that the putting surfaces slope hard toward the river?  The lovely third hole is a tree-encapsulated oasis, whereas number four requires a blind shot over mounds to a green 323 yards away.

At the end of your round you’ll have one of Canada’s finest holes to return to for great comfort, if not sympathy.