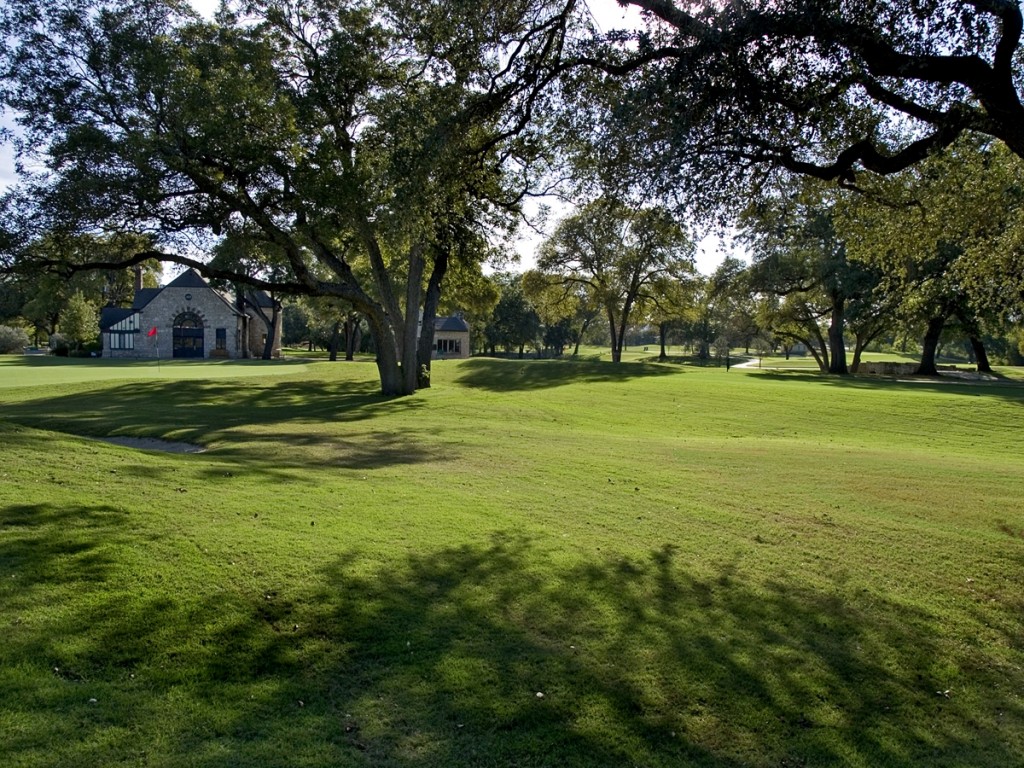 If you’re looking for a great golf experience, go to San Antonio. This sprawling Texas city—with a small and easily walkable downtown but extensive surroundings—had been on my must-see list for many years. I was just there for a long weekend and I can’t wait to go back.

Actually, I think I’ll wait a few months. It is Texas and it’s almost summer and it can get quite hot and sticky. The locals suggest October as the best time to visit. You might want to think about making your plans now.

There are more than a dozen fine public and resort courses in and around the city. I only played a few but have talked with a number of my golf-writing brethren as well as local golfers and others about the golf opportunities, and they are all exceedingly positive about what “The Alamo City” has to offer.

The one course I was most excited to play was Brackenridge Park (shown at the top of the page), a public track very close to downtown, designed by A.W. Tillinghast and opened in 1916, the first public course in the state. The frequent host of the Texas Open in the old days, “The Brack” recently underwent a multi-million-dollar restoration that was faithful to Tillie’s original concepts. It’s also in very good condition for a municipal layout.

Not terribly long and thick with big trees, The Brack has a little of everything: twisting fairways, deceptive greens, and many Tillinghast trademarks including a good mix of par-threes and the ability to play in the air or along the ground. My favorite hole is the par-three 8th, which plays 185-190 from the back tees to a green that angles away from the tee and is protected by three bunkers in front and trees left and long; there are any number of ways to attack the hole, from laying up short of the bunkers and pitching over to using the slope of the green to get the ball close. The back nine is very strong (despite starting and ending with par-threes) with a great deal of movement and the need for careful club selection. I loved it. (It also will soon be the home of the Texas Golf Hall of Fame: Hogan, Nelson, Crenshaw, Kite, etc. etc. Good stuff.)

The Brack is one of six public courses on The Alamo City Golf Trail, which sells a pass that will save a bit on green fees if you’re in town for a while. 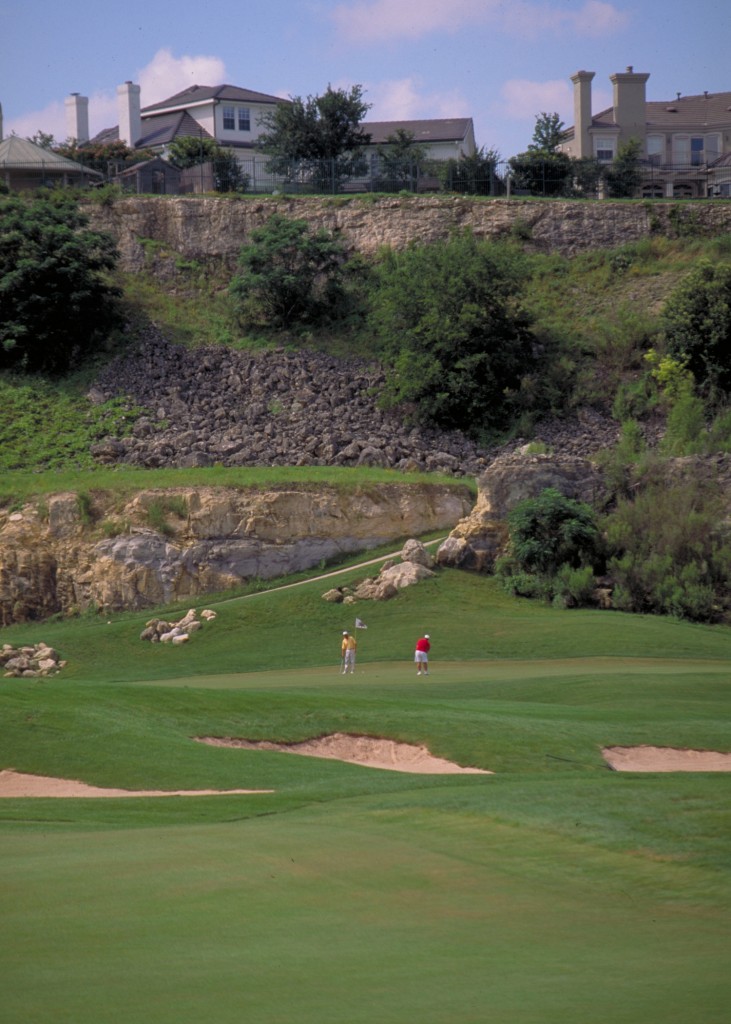 The other public course I played is The Quarry (left). The back nine once was a limestone quarry and now features soaring rock walls and big boulders, plus water and some challenging tee shots. The front nine is flat and not nearly as interesting, but provides a good warm-up for what is to come.

Both The Quarry and The Brack are just a few minutes’ drive from downtown. Farther away from the city is a trio of terrific golf resorts. The JW Marriott Resort is home to TPC San Antonio, with two courses—The Oaks (bottom of the page), designed by Greg Norman, and The Canyons from Pete Dye. Norman’s course is the present host of the Texas Open (excuse me, the Valero Texas Open), and is widely considered the toughest track in the area; even the pros are tested. The Pete Dye course is said to be the gentler of the two, which says something.

The Westin La Cantera Resort has two courses that are roundly praised, and the Hyatt Hill Country Resort, which is aimed at the family audience, has 27 holes. The three resorts have all the amenities you should expect from top-notch golf properties these days, including very nice spas.

Other San Antonio golf courses the locals like include Pecan Valley, which was the site of the 1968 PGA Championship, as well as Cedar Creek and Oak Hills. This is, as advertised, a great golf town.

San Antonio has much more to recommend it, starting, of course, with The Alamo. If you’ve never been you’ll likely be surprised by its small size and big history, which has been poorly and inaccurately told by movies and folklore. Outside the city are a number of family-oriented sites, notably Sea World, Schlitterbahn Waterpark, and Six Flags, as well as state parks, natural wonders, and dude ranches. It’s a great place to bring kids.

And a great eating town. Steak, barbecue, Mexican, gourmet, even a terrific German deli (Schilo’s, in the heart of downtown—don’t miss their homemade split pea soup and homemade root beer!). There are dozens of innovative, interesting restaurants all over town, especially near River Walk, the path along the San Antonio River through downtown situated below street level. It’s a great place to stroll and stop for a meal, drinks, clubs, and people-watching. 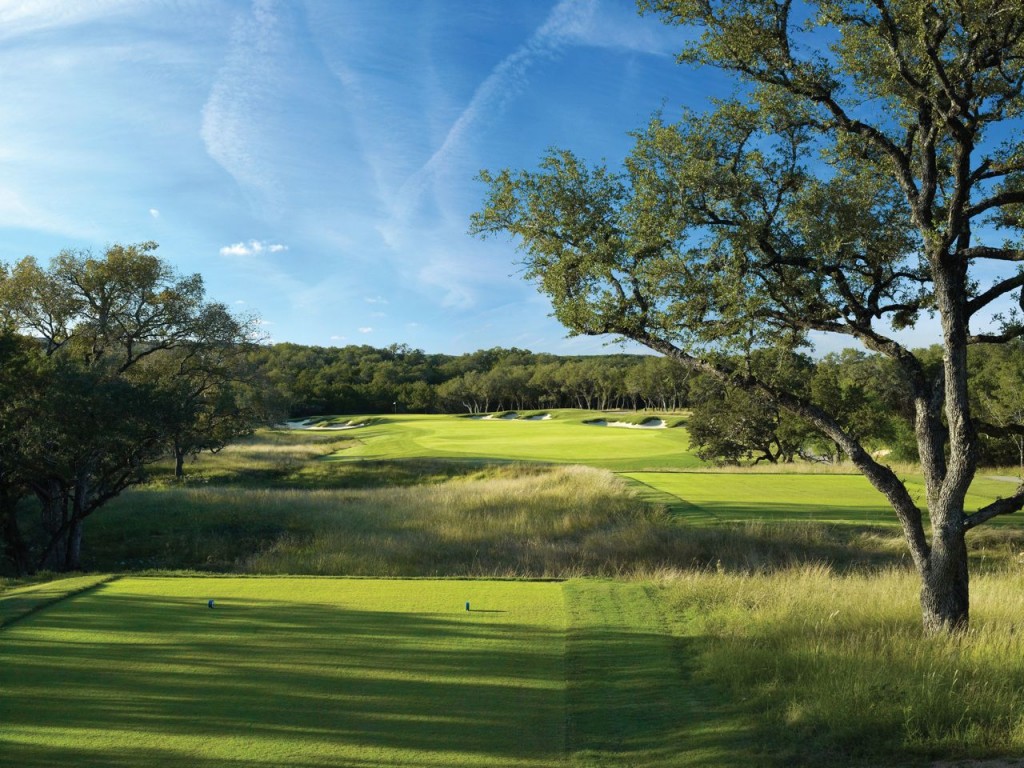