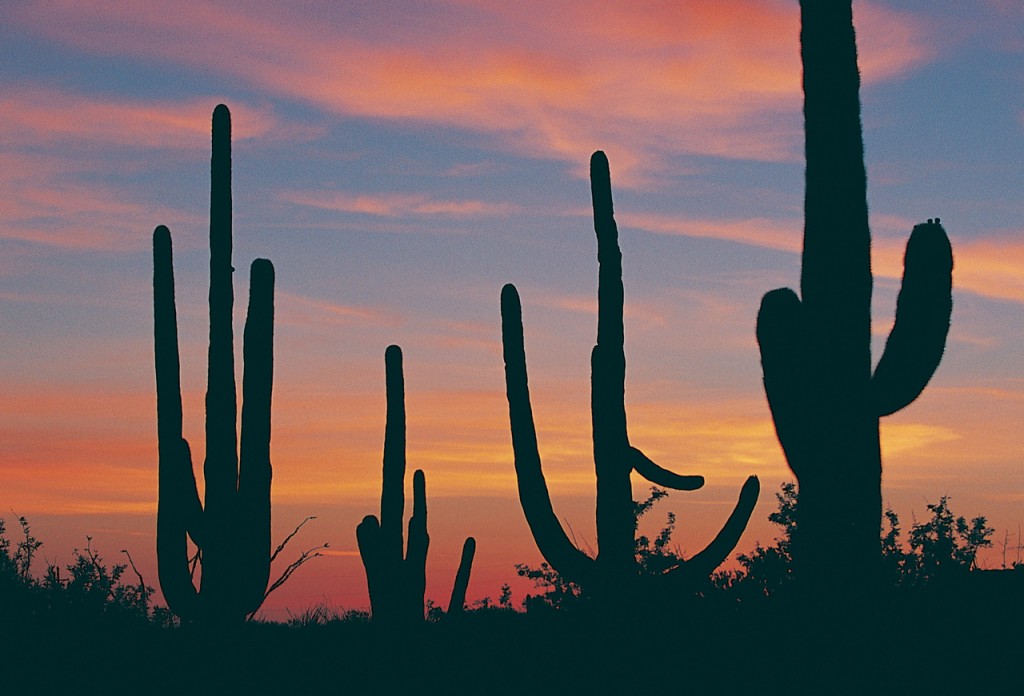 To the untrained eye, change seems to come slowly to the desert. But experienced erimologists will tell you that these hot, dry regions exhibit ample evidence of growth and adaptation if you just know where to look.

You don’t need such acute powers of observation to see new shoots of life in Tucson. Like the high Sonoran Desert that surrounds it, “The Old Pueblo” doesn’t stay “old” for very long, especially in the three areas of greatest interest to traveling golfers—places to play, stay, and dine. So if you haven’t been to Tucson lately, you’ll find much new and improved.

Leading the way in all three categories is The Ritz-Carlton Golf Club, Dove Mountain. The world has already been introduced to the new golf courses, which welcomed the PGA Tour’s Accenture Match Play Championship last February. Designed by Jack Nicklaus with the pros in mind, the 27 holes of the Saguaro, Tortolita, and Wild Burro nines (the first two host the tournament) weave through the cacti, dry washes, and rolling canyons of the Tortolita (“little turtledove”) Mountains. The fairways are wide, and except for the occasional cactus thorn, hazards are mostly well to the sides. But as the pros found out, one can become impaled on and around the undulating greens, which Mr. Nicklaus has graciously softened since the course’s debut. But he didn’t make it any shorter, and at 7,800 yards, this is the longest track on Tour.

Mere mortals don’t have to (and shouldn’t) tackle these tracks from the tips. Yet if they’re still feeling beaten up after a round, the brand-new Ritz-Carlton hotel offers numerous ways to repair body and soul. This hotelier is famous for the highest levels of service, and nothing has been spared here. There will be 250 guest rooms when this intimate property—nestled in a box canyon so it’s touch-me close to the mountains—opens in late fall; there’s also a 17,000-square-foot spa, three pools (one with a 235-foot-long water slide), and 20 miles of hiking and equestrian trails through hills inhabited by the Hohokam Indians 2,000 years ago.

The Ritz also boasts the hottest new restaurant in town, CORE Kitchen & Wine Bar, which specializes in grilled meats and seafood cooked with Southwestern flair. Diners will be able to look inward toward the open kitchen or out on a 180-degree view of the Tortolita foothills and Wild Burro Canyon. 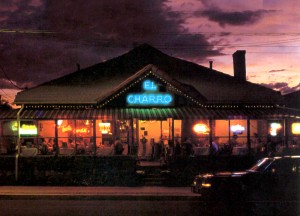 Tucson sizzles with fine dining, much of it making the most of the region’s roots and proximity to Mexico. Harvest, which opened last November, relies on the best seasonal local ingredients from beef to produce, even tea leaves. The menu is ever-changing at Janos, in the Westin La Paloma Resort (more on it later), where Chef Janos Wilder stirs the flavors of the desert with French and Asian inspiration. El Charro Café is a Tucson classic: Dating back to 1922, it is the country’s oldest Mexican restaurant run by the same family, and claims to be where the chimichanga was invented. For something else inventive, find an El Guerro Canelo (there are three in town) and try the Sonoran hot dog, a wiener wrapped in bacon, deep-fried, and smothered in beans, onions, salsa, and whatever else is in the kitchen. Just don’t say we didn’t warn you.

The city’s other top courses are just as spicy. Among the best public layouts, Tom Weiskopf designed the Golf Club at Vistoso to flow with the desert landscape; Vistoso means “colorful views” and they are plentiful, from mountain backdrops to native vegetation. Arizona National—home to the nearby University of Arizona’s golf teams—is a Robert Trent Jones, Jr. creation that abuts the vibrant Coronado National Forest. Randolph North is the longest of the five courses managed by the city: It was the long-time site of the PING/Welch’s LPGA Championship, and for those of you old enough to remember, the former home of the PGA Tour’s once-upon-a-time Joe Garagiola Tucson Open. 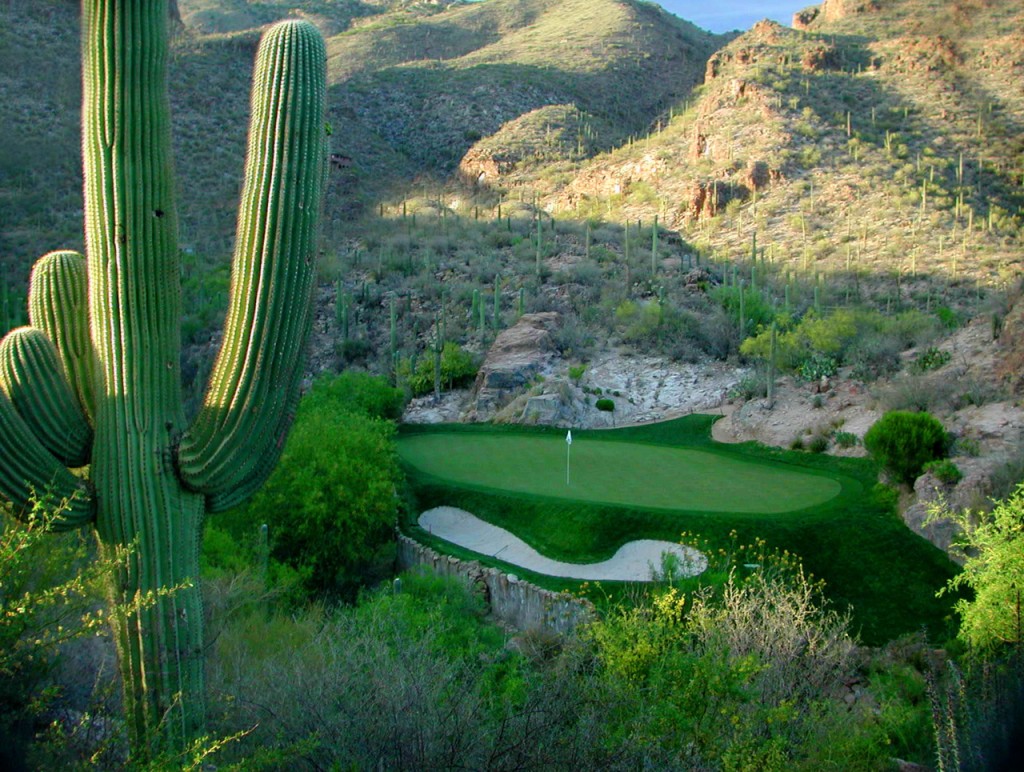 A number of Tucson’s top resorts recently completed renovations. For example, all 400 rooms of Loews Ventana Canyon Resort have been totally made over. There are also two Tom Fazio-designed layouts on this property in the foothills of the Catalina Mountains: The Mountain course gets a slight nod over the Canyon and features the photogenic par-three third hole, which demands a carry over a deep ravine to a green surrounded by granite walls.

There are also two courses at the Omni Tucson National Resort. The Catalina, designed by Robert Van Hagge and former Tour player Bruce Devlin, was the host course for the PGA Tour’s Chrysler Classic of Tucson; it’s somewhat unusual for the area—a parkland course with eight lakes and lots of bunkers. Tom Lehman, who lives up the road in Phoenix, designed the more native Sonoran, which demands the “target golf” style of play the desert is famous for. The Omni just finished spending $30 million redoing nearly all its public space and 128 guest rooms. 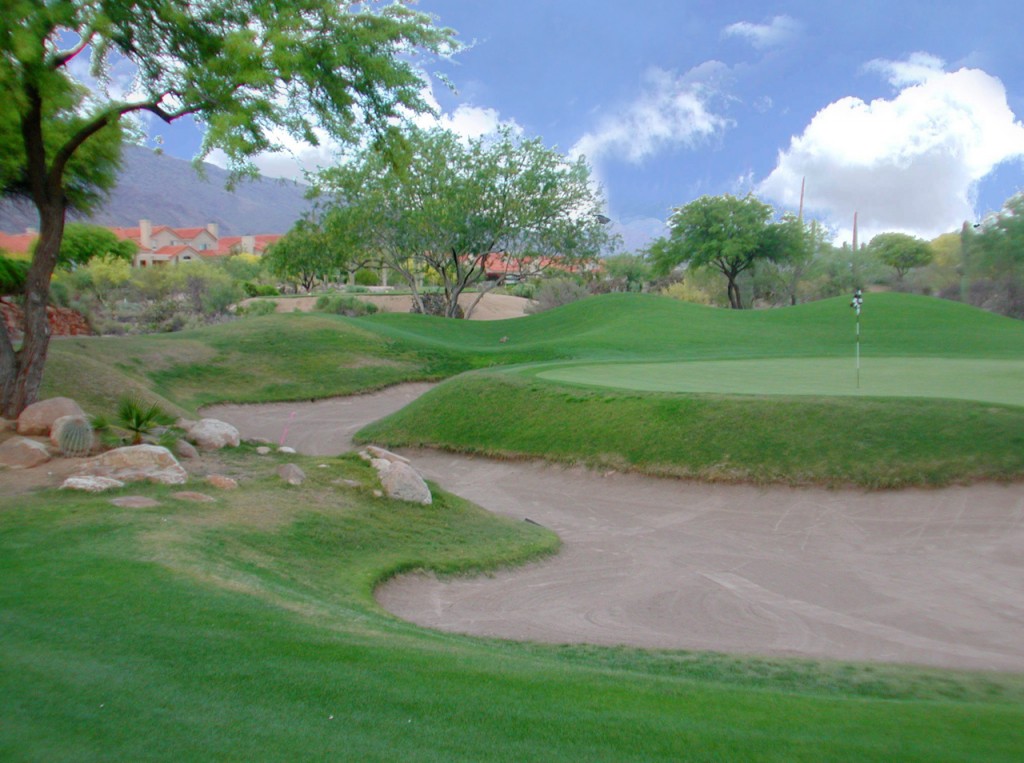 Last but certainly not least, one of the region’s grande dames, the Westin La Paloma Resort and Spa (shown left), also recently underwent a facelift—quite fitting since this is the only place in town with a Red Door Spa by Elizabeth Arden on premises. Besides updating the exterior, the landscaping, and most of the public areas, the 27 holes of Nicklaus-designed golf—originally opened 25 years ago—are being face-lifted, as well, replacing their old bent-grass greens with new hybrid Bermuda grass.

This article originally appeared in the Fall 2009 issue of NCGA Golf magazine. All photographs courtesy of the Metropolitan Tucson Visitors and Convention Bureau (except El Charro, courtesy of the restaurant).