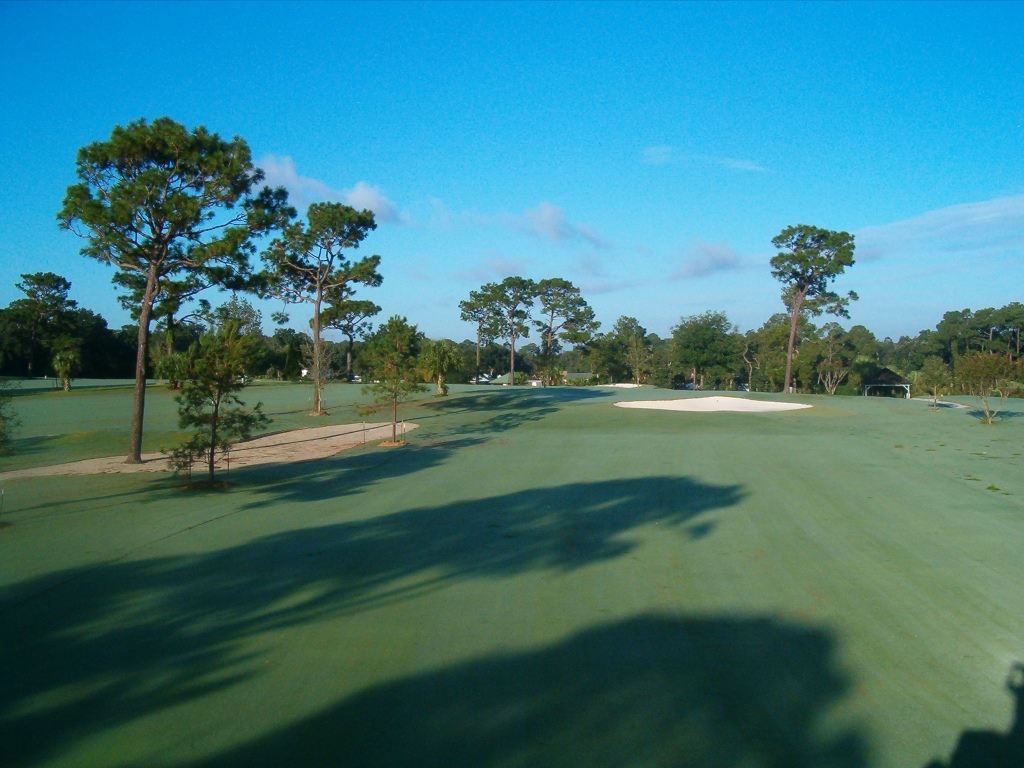 Refreshed? All the greens were completely replaced, trees, bunkers and tees added, even four new holes.

Florida has more golf courses than any other state in the Union – and more any other country on earth. But Pensacola has just one and exactly one municipal course, the Osceola Municipal Golf Course. And after 85 years of play, it got tired.

So it is good news for both locals and visitors to this popular vacation destination that the City of Pensacola and its Parks and Recreation Department just wrapped up a massive renovation of the course.

The very popular course has a vivid history. It was designed in 1926 by William Earl “Wild Bill” Mehlhorn, a Texan who was the longest hitter of his day and won more than 47 tournaments and competed on the very first Ryder Cup team, as well as the inaugural Masters tournament. As a side note, Wild Bill famously wore a cowboy hat while he competed, something I wish one of the young kids out there had the courage to do today. That would be cool. And instant sponsorship.

Anyway, the changes are pretty extensive to this grand old course:  four entirely new holes, including three new par-3s. The length is about the same given the footprint of land, but the new configuration as a par-70 rather than 72 considerably ups the challenge. All throughout the layout are reconstructed green complexes with first-class putting surfaces of MiniVerde Bermuda, the same found at top PGA Tour venues like Bay Hill and TPC Stadium Course at Sawgrass. Other improvements include new cart paths, more bunkers, and more trees. Runway tees have been replaced with separated teeing grounds for men, women, seniors and juniors. In addition, the Osceola clubhouse has also been redecorated and features a new restaurant.

Osceola is also home to the area’s First Tee program, and these facilities are vastly improved, including a new 40-person practice facility complete with a massive putting and pitching green, and a separate sand bunker.

So after all this, guess how much it costs to play Osceola? Well, the high season weekend rate, with cart, for 18 holes, is a whopping $25. Really.

A grand re-opening event is scheduled for Friday, Oct. 7