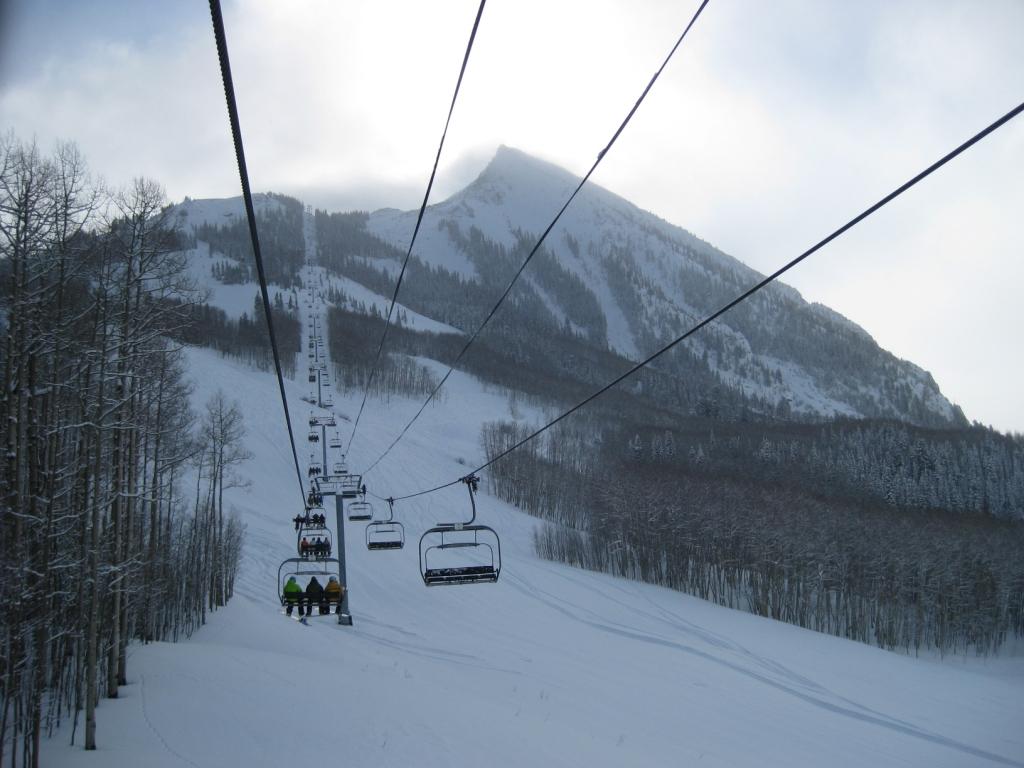 The main high-speed chair at Crested Butte serves everything from groomed blue cruisers to the menacing double-black chutes off the right of the mountain peak.

The snow has been flying every night as the same huge storm system that flooded much of California with record rain has turned to snow in the mountains of south central Colorado. To the north, better know resorts like Vail, Breckenridge and Copper are getting a dusting, but Crested Butte is getting pounded. On my second day of skiing here, I put in the effort to show up early and jump in the front of the lift line for the 9AM opening (the only lift line I see all day!), and as a reward, I experience the closest thing to heli-skiing I have ever seen within a ski resort – over 2000 vertical feet of deep unbroken powder, from the top of the Silver Queen Express to the base of the Paradise chair, all without crossing a single set of tracks.

Paradise- what an apt name! Welcome to Paradise.

As a longtime ski writer, I have visited most of the premier resorts in North America, and others from South America to the Alps to New Zealand as well. This year I made a goal of finally visiting three big US reports that have eluded me over the years: Crested Butte, Mammoth and Steamboat. In the case of Crested Butte, I can now say I am sad I waited so long.

One of the reasons there are never lift lines and the thing that stops many skiers from visiting, while attracting others, is the fearsome reputation Crested Butte has for its extreme terrain. In fact, it has more double black trails than any other resort in Colorado, with 13 on the main mountain, accessible from the high speed quad to the top, but the vast majority are in the mountain’s famed bowls. Not for the timid, these bowls contain a whopping 45 trails, 43 of them double black, 2 single black, and nothing else, nada, no green, no blue, no easy way down. This is where for two decades the mountain has hosted the US Extreme Skiing Championships, and the routes include ultra-steeps, tight chutes, plenty of rocks, and for cliff jumpers everywhere, runs with “mandatory air.” 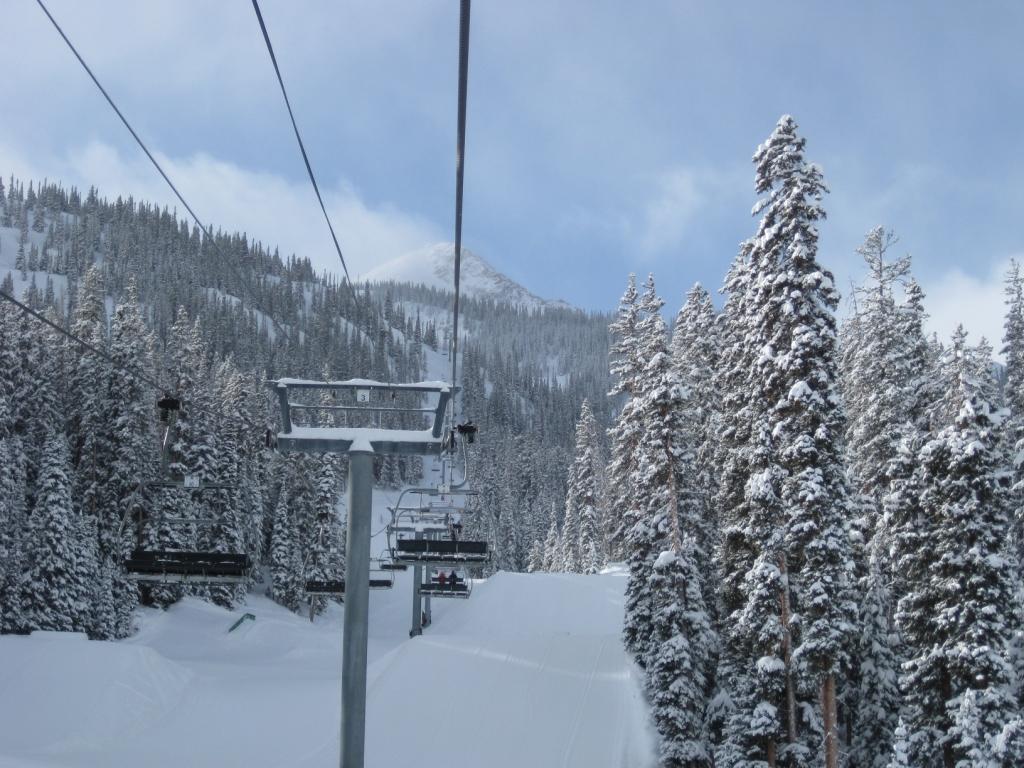 When you look at this terrain, it is easy to see why Crested Butte on paper frightens the uninitiated. In practice however, there truly is something for everyone, unlike say Aspen’s main mountain, which has not one single green trail, or a longtime favorite of mine, Jackson Hole, which is awesome for experts but not so great for everyone else.

Here’s the deal: Crested Butte is two mountains in one, sort of like Dr. Jekyll and Mr. Hyde –except the Jekyll half still has plenty of bad attitude. Beneath the bowls is a big mountain similar in theory to lots of other big western mountains, with green, blue, black and a few double black runs, something for everyone. In addition, there is a lot of unmapped tree skiing and steep, short powder shots in between the runs on the map that rely on local knowledge, so either an instructor or someone from the resort’s mountain adventure guide program is a big help for better skiers to find untouched powder. The beginner and intermediate cruising areas are shockingly good and stunningly empty, and despite is infamous notoriety, Crested Butte would be a killer place to learn to ski. The layout is also fab – fast lifts serving plenty of terrain with single rides, not the one lift to another to another format of some of the continent’s really big resorts. So all but the best skiers could come here for a week and ignore the bowls and have a very, very good time.

Then there are the bowls: again, compared to most mountains with extreme terrain like this (and there aren’t many), they are ultra-accessible. Jump off the main high speed quad and two minutes later you are getting on a short t-bar that leaves you on top of some of the most challenging in-bounds terrain you will ever ski. The first long run off the t-bar, Old Pro to the Last Steep, both double blacks, was described by friend Art, who has tackled Alta, Snowbird, Vail and many others, as “the single best run of my life.” There are plenty of mountains where terrain like this involves quite an effort of lifts and hiking and many skiers might do one such run in a day, but at Crested Butte, with the layout and absence of crowds, you can do lap after lap on these powder filled dreamers. That is, if you have the strength for it. With a base elevation of around 9400 feet and over 12,000 at the top, there is a lot more skiing than oxygen, especially if like me, you are an Easterner!

My verdict? I wish I had skied it before and will certainly be back. With a single base area serving the entire mountain, everything from hotels to condos to the frozen in time après bar of choice for locals, The Avalanche, is within steps if the main lifts. Art and I watched the NFC Championship in the Avalanche, enjoying wings, then a large pizza with many, many beers along the way, and our three hour diner for two with tip was $40. Which brings up my final pleasant surprise about Crested Butte: as big mountains go, it is small priced. There are deals all the time: for instance stay at the slopeside Elevation Hotel, where I slept, bring a season pass from any home ski area nationwide and get free lift tickets. Or the Fly Free deal gives you one free ticket to the Gunnison airport with every two purchased, from anywhere. Parents, put your kids in ski school and your tickets are free. All of February and March kids 7-12 ski free, and all winter long, stay and ski packages combing lodging and lift tickets start at just $110 per night, at a time when certain fancy western resorts are approaching the c-note mark just for a lift ticket.

No wonder everyone skiing here is grinning!

3 Responses to “Steep, Deep and Cheap”