The 7,053 yards, par 72 Diamond Course was designed by English architect Jeremy Pern, the once Vice President of the British Institute of Golf Course Architects. Opened in 2002, the Diamond course features water hazards on seventeen of the 18 holes, including the 192-yard 11th and 159-yard 15th par 3s, where both tee shots are played to island greens. If you manage to negotiate all of that, then you only have the 457-yard par 4 18th to complete with water on the left of the fairway and out-of-bounds on the right!

First played in 1990, the inaugural Austrian Open was won by Germany’s Bernhard Langer. In 2010 when The Diamond Country Club first held this event, Keith Waters, Chief Operating Officer of The European Tour, said: “I would like to place on record my sincere thanks to Christian Guzy, the owner of Diamond Country Club, for his commitment and support in securing the future of the Austrian Golf Open. The Diamond Course is one of the finest in Austria, and I’m sure our Members will enjoying meeting the varied challenges it presents.” 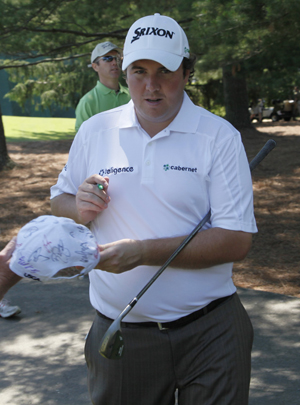 Thorbjørn Olesen 12/1 had a great Open Championship, but like most of the leaders on Saturday, he went backwards in his final round. I think this more than his win in Sicily earlier in the year, will give the young Danish lad a lot of confidence for the future.

Shane Lowry 20/1 seems to be getting himself back into form after a mid-season wobble, he has made the Top 20 in his last two events. Lets hope the Irishman keeps the progression going this week.

I must admit I do find Pablo Larrazabal 22/1 a bit of an enigma, the lad has so much talent and has two European tour wins to his name, but just when you think he is going to kick on, he goes backwards. I am sure it must be frustrating for him and his team, but with a steady Open Championship performance last week, I think he will do well here.

Romain Wattel 40/1, its been a very mixed bag from the Frenchman this year, so it’s hard to know what to expect, he has had six Top 25 finishes so far this season, but he has seven missed cuts to his name, two in his last two events. I do expect him to come back into form starting here this week. 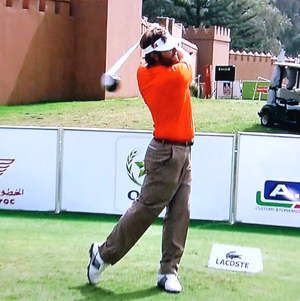 Another player who has had mixed fortunes this year is José Manuel Lara 50/1, he is a past winner of this event, on this track. José had three Top 10 finishes from four tournaments around March/April, but then seemed to spiral downwards, but he is another talent that I feel will come back into form.

Damien McGrane 75/1 finished sixth here last season, finishing with a final round 65, which swiftly moved him up the leaderboard. Damien finished second at this year’s Trophée Hassan II and has two other Top 25 finishes so far this season.