This week is the final WGC event of the year where we find the worlds top players head out to Shanghai, China and tee it up on the Jose Maria Olazabal designed course at Mission Hills.

This was Olazabal’s first signature course and with 151 bunkers strategically placed on this track, it gives you an insight into the Spaniards playing philosophy, with 24 bunkers featuring on the 15th hole alone.

The track has a stunning backdrop with views of the dense jungle and naturally flowing streams. The course gives the golfer plenty of options once standing on the square tees, which seems to be a design feature here. Each hole offers a safe route to the green or a risk/reward option where you can be rewarded with birdie or eagle. But with all those bunkers and the undulating fairways here, you really need to know when to attack or play safe. 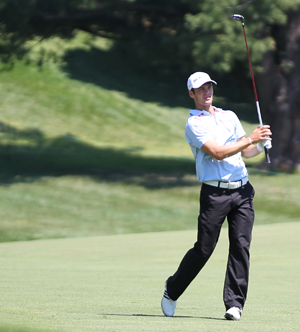 Justin Rose 14/1 has done well in this years WGC events, winning the Cadillac Championship and finishing in the Top 5 at the Bridgestone Invitational and he obviously played a pivotal part in Europe’s Ryder Cup victory. Justin had a steady, if not spectacular tournament last week in the BMW Masters to finish in the Top 10 but I can see Justin winning another tournament before the season’s end

It’s not been the greatest of years for defending champion Martin Kaymer 28/1 but after holing that putt to secure the Ryder Cup for Europe his game has started to improve. He had four steady rounds in the 60s at last weeks BMW Masters to finish just outside of the Top 10 but he will want to put in a good defence of his title this week.

Nicolas Colsaerts 25/1 is trying to secure his PGA Tour card for next year and he is currently $100k off making the Top 125 on the money list. Things didn’t go to plan after a great start at the Frys.com Open but a good performance this week could see him secure his card for next year. Back among Ryder Cup teammates and European Tour players here in Shanghai I can see Nicolas having a good week and achieving his goal. 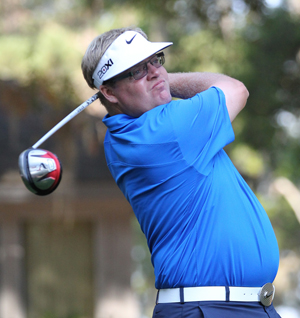 Carl Pettersson 50/1 finished well at the CIMB Classic in Malaysia last week firing a final round 62 to move him up the leaderboard twelve places and into the Top 10. The big Swede has a win and five other Top 10 finishes so far this season. Carl seems to have two good weeks on the spin, he was second the week before he won at the RBC Heritage and he had two Top 5 finishes on the spin at the PGA Championship and Wyndham Championship so look for him to follow up last weeks good performance with one here.

Shane Lowry 50/1 seems to be finishing the 2012 season with a flourish after victory in the Portugal Masters, he followed that up with a Top 5 finish at last weeks BMW Masters and his second round 64 shows the Irishman has full confidence in his golf swing and putting stroke so look for him to do well again this week.

I must admit I was surprised to see Rafael Cabrera Bello 80/1 this far down the betting list of some of the big bookies. I know Rafa has gone off the boil a bit after his early season win in Dubai but he has had five Top 10 finishes since that win, with three of those being Top five finishes. Last weeks second round 75 effectively put him out of the tournament but he did finish with two solid 69s, which can only bode well for this week.

The famous 15th hole with its 24 bunkers © Mission Hills Group