In 1954 Dr Phillips sold his holdings to Granada Groves, a subsidiary of the Minute Maid Corporation, and retained only the raw land. Tom Barnes, a native of Minnesota, who had always wanted to build a championship golf course, took an option out on the land with his partner, Tom Dore, a Michigan businessman who surveyed the land and saw an immediate vision of what this land could become.

They broke ground on the golf course in 1960 and christened the area “Bay Hill” The original golf course architect was Dick Wilson, Bay Hill was the first golf course planted with Tifway (Tifton 419) Bermuda grass. Wildlife still inhabited the land including a family of bobcats that resided around the 17th green. In 1965,

Walt Disney announced the purchase of over 27,000 acres of land nearby, where the Walt Disney World Resort would soon emerge. The same year, Arnold Palmer played in and won a charity exhibition tournament at Bay Hill, Arnold fell in love with the course and the area, so much so he wanted to own it.

In the summer of 2009 Arnold decided to redesign the course with his design company. He redesigned all 18 greens, reworked of all the bunkering and made major changes to four holes. The yardage went up from 7,103 to 7,196.

Defending champion and seven times winner of this event Tiger Woods 3/1 has to be favourite in the form he’s currently in, two wins from four events shows that Tiger is back and a win at this years Masters seems to await. But at the odds that are on offer by most of the bookies we are going to look else where, just in case Tigers swing goes back into remission.

Sergio Garcia 22/1 is in great form at the moment he has finished in the Top-20 in all four tournaments that he has teed it up in on the PGA Tour so far this season. Add that to his runner-up spot in the Qatar Masters and another Top-20 finish at the Dubai Desert Classic and you can see the only thing that is missing is a win and seeing that new putting stroke under pressure of coming down the back nine in the lead. I think we could see that here this week.

Last year’s runner-up Graeme McDowell 22/1 shot a 63 here in his second round so he will have some good memories coming into this event, he was also runner-up here in 2005. Add that to the confident mood he must be in after his third place finish at the WGC Cadillac Championship where we tipped him to do well and I think if his putting stroke is back which it looks to be, then GMac could do well again here this year.

It has taken Jason Dufner 33/1 a little time to settle back in to the swing of the PGA Tour after his jount over to the European Tours Desert swing. He finished with two Top-10 finishes from the two events he played out there, but now seems to be getting back to his best with his second Top-25 finish on the spin at last weeks Tampa Bay Championship. Hopefully his second round 66 is a sign of things to come. 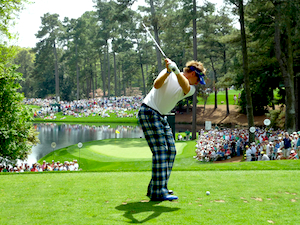 Another European Tour player who done well here last year and who is in good form coming into this event is Ian Poulter 35/1. Ian has had two Top-10 finishes from his three starts on the PGA Tour. Ian was in great form at the back end of last season winning the WGC HSBC Champions and seems to have taken that form in to this year, so look for him to do well here on a course he seems to enjoy playing.

Another player who had a good tournament at Tampa Bay was George Coetzee 80/1 and regular readers to this betting guide will know we have won a nice bit of money with the South African. George has won multiple events on the Sunshine Tour and is a regular Top-10 finisher on the European tour with eight Top-10 finishes last year and already has four Top-10 finishes from the six events he’s played in so far this season. He is just acclimatising to the PGA Tour, but once he does look for him to start challenging.

How can you not pick Boo Weekley 100/1 after his performance at last weeks Tampa Bay Championship? I was looking at Boo before that, he has been playing some great golf but just not holing the putts. Boo had two Top-25 finishes coming into Tampa, so his ball striking was back it was a matter of converting and that final round of 63 shows what he can do when he gets the flat stick working.