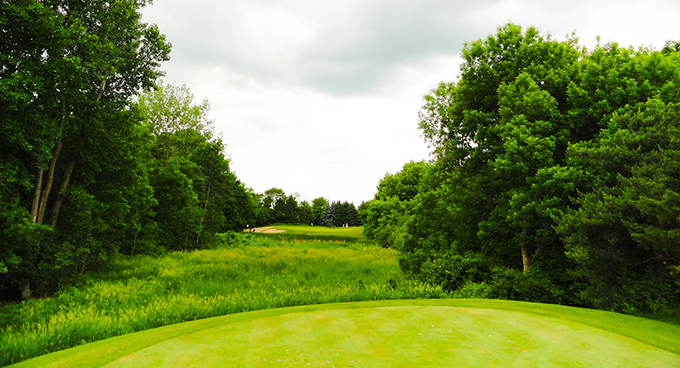 In 1991 Tom Fazio was commissioned to design the course at Conway Farms Golf Club, which plays host to this weeks BMW Championship. Conway Farms is an exclusive golf club designed in what Americans like to dub as “Inland links course”,.

The club is only open to its members and their guests. The course measures 7,206 yards from the championship tees, and sprawls across 209 acres of lush, rolling acres at Lake Forest. It is obviously not set on typical links land associated with Scottish, Irish, Welsh and English links courses, but Tom Fazio has tried to ensure it plays like a links course.

This is achieved because of its up-hill and down-dale fairways, which are framed by patches of tall heather and a number of deep, strategically placed bunkers. Making it critical to find the right landing areas, both on its heavily protected fairways and its rolling, links-style greens.

It’s not often that golfers win back-to-back tournaments, but then not to many have been in the form that Henrik Stenson 14/1 is in at the moment. Apart from his win in the Deutsche Bank Championship, Henrik has only been outside the Top 3 once in his last five events and has had seven Top 10 finishes from sixteen tournaments. So you can see why I think he can pull the double off this week.

I did tip Steve Stricker 20/1 at the Deutsche Bank Championship and his second place finish would have given you payback odds of 7/1. Steve has not won an event this year but has six Top 10 finishes from eleven starts, three of those are runners-up finishes. I do feel Stricker has a win in him this year, which leaves this week or next weeks Tour Championship.

Jordan Spieth 28/1 has had an amazing first year on tour, eleven Top 25 finishes from twenty-one events with a win and two runners-up finishes and currently sitting in eighth place on the FedEx Cup rankings. This would be a good year for a seasoned pro, let alone a rookie year. The Texan is not short of confidence in his golf game and don’t be surprised if he finishes his maiden year with two wins to his name.

It was a shame Sergio Garcia 33/1 couldn’t finish off all the good work he had put in on the first three days at the Deutsche Bank Championship, his final round 73 seem him slip down the leaderboard quicker than a pub quiz team having their ipads confiscated. Sergio is without a win this year on both sides of the Atlantic, something I think he will want to put right.

There are some good odds out there this week like Brandt Snedeker 40/1, Ian Poulter 50/1 and Bill Haas 60/1 but a player that has been hard to predict is Roberto Castro 66/1 roller-coaster would be putting it mildly, Roberto has had 10 missed cuts and had eleven Top 25 finishes from twenty-seven events. So if he makes it past the cut, chances are he will play well and in a limited field I think he represents good value at these odds.

Another player who represents great odds in a limited field is Brandon de Jonge 125/1 his final round 66 at the Deutsche Bank Championship see him storm up the leaderboard fifteen places. Its not been the greatest of years for the Zimbabwean, with only eleven Top 25 finishes from twenty-eight events. But it’s a great time for Brandon to come into form, especially when the bookies are offering him at these odds!