The “European” Tours world domination continues this week as it moves from Australia to China for the BMW Masters tournament in Shanghai, where the Lake Malaren Golf Club plays host to some of the Tours top players for the second addition of the European Tour’s Final Series.

This Jack Nicklaus designed course uses all the natural beauty of the area, but while aesthetically pleasing to the eye the course is designed to test the professional golfers armory of shot making skills.

Nicklaus pulls together all the natural beauty of the land he was given and uses them to great effect in his design, which includes the indigenous trees and plants as well as streams and lakes, and of course the natural rolling topography where he uses the change in elevations to great effect.

I did tip Victor Dubuisson 18/1–with StanJames – at the Perth International and a final round 66 saw the Frenchman storm up the learderboard and take the runners-up spot. Victor has been in fine form recently, stemming from a good Ryder Cup, which he followed up with a Top 5 at the World Match Play. You can’t include the Alfred Dunhill Links Championship, as most of the players were still well lubricated! But I think the lad from Cannes will be another player who does well in the Final Series events. 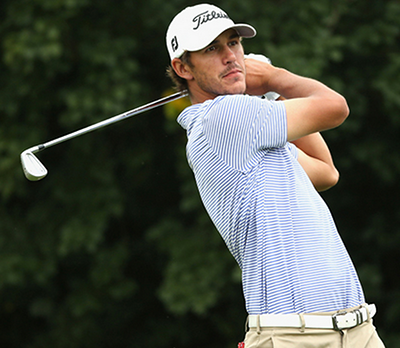 Brooks Koepka 20/ 1–with bet365 – has decided to take up the option of his PGA Tour card for next year and has started the Fall Series over there in great form with two Top 10 finishes. Before he went to the States to play in those events Brooks had four Top 15 finishes in his last four events on the European Tour – the best being a third place finish at the European Masters. I think he will want to leave the European Tour with at least one win to his name.

Joost Luiten 22/1 – with StanJames – has had a win and three other Top 5 finishes in his last five tournaments played, which is not only great golf but fantastic consistency. Going into the final series of events I think Joost will be another player who will want to put down a marker and the Dutchman has everything it takes to not only become a multiple winner on the European Tour but to become a consistent winner on the world stage.

Tommy Fleetwood 33/ 1–with SportingBet – has only been outside the Top 25 once in his last seven events and in that run his has had four Top 5’s, two of which have been runners-up places. During that time Tommy has shoot a 62, 63, 64 and two 65s – the lad from Formby has been playing some incredible golf and after a couple of weeks rest since the Portugal Masters he will be raring to go.

Thongchai Jaidee 40/ 1–with Ladbrokes – has three Top 20 finishes from his last four events played and with a win at the Nordea Masters already this year, I think the lad from Lop Buri, Thailand will do well in this year’s final series events. Jaidee hasn’t been outside the Top 20 in the two years of this event and he had a runners-up finish here last year, firing a final round 66. Those positive memories should see him come into this week full of confidence.

I was surprised to see Rafael Cabrera-Bello 80/ 1– with Ladbrokes being offered at these odds by one bookie, yes it’s not been a great season for the Spaniard with some very different performances, but there has been glimpses of late that he could be coming back into form, and his twelfth place finish at the Portugal Masters firing an opening round 64 -even though it was on a wet course, he still had to hole the putts. I think at 80/1 I don’t think it will be long before those odds will be slashed.

At the time of writing this none of the bookies have Peter Uihlein down on their list, but he is still down on the entry list to play, so I am going to put him down as an alternative bet just in case he does play and a bookie offers odds before the start of the tournament. I did tip Peter at the Perth International and I will stick with him this week, his unfortunate final round 73 saw him slide out of contention at Perth, but he still had a Top 10 finish which was down to his third round 65. As I stated last week, Peter was playing some solid golf up until the Portugal Masters and I think we will see him challenging during the final series events.