Plantation Course at the Kapalua Resort in Hawaii © Peter Corden

Designed by Ben Crenshaw and Bill Coore, the plantation course at Kapalua Resort on Maui again plays host to this week’s Hyundai Tournament of Champions. It’s a top quality field as you would expect with all the competitors having won on last year’s PGA Tour.

KJ Choi who shot a 62 at the 2003 Mercedes-Benz Championship holds the course record on the Plantation course. The golf course features several fantastic ocean views with steep uphill climbs and downhill approaches which gives the opportunity for some dramatic TV coverage. One hole to watch out for is the par-5 finishing hole which is a downhill 663-yard par 5.

My tip to win:

Bubba Watson 15/2 – with StanJames – comes into this week as favourite and rightly so after a win at the WGC HSBC Champions. Bubba also finished last season well with a runners-up at the BMW Championship and a Top 15 finish at the Tour Championship, this of course was on top of his second green jacket at the Masters. Watson’s best finish at this event over the last five years was a forth place in the rain hit 2013 tournament, but I think he will be in the thick of it come Sunday.

There are only two past champions competing in the event this year and I will be tipping both of them. First up is Zach Johnson 18/1 – with StanJames, Zach is the defending champion here this week and will be looking for back-to-back titles. Johnson comes into this week on the back of a Top 10 finish at the Hero World Challenge although that was in a limited field. All the players this week needed to have won an event to be in the field this week, but from twenty-six starts Zach finished in the Top 25 twelve times with five of those Top 10 finishes and I expect the Texan to get this year off to a great start this week.

Ryan Moore 22/1–with Betway – Ryan already has a win under his belt “this season” at last year’s CIMB Classic, which made it back-to-back wins in that event for the lad from Tacoma, Washington and that 2013 win is the reason why Moore is competing here this week. So far Ryan’s best finish in this event came in 2010 when he had a sixth place but I think we’ll see an improvement on that this week.

This maybe Robert Streb’s 50/ 1 – with BetVictor, first time in playing this event, but with a record of five starts, one win, two other Top 10s on this seasons PGA Tour and sitting on the top of the current FedEx Cup rankings it was a bit of a shock to see the lad from Chickasha, Oklahoma this far down the betting odds. 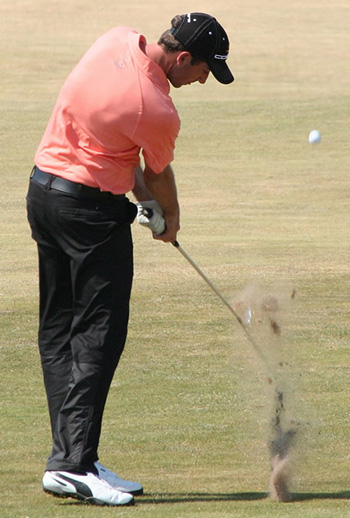 The other past winner here this week who had back-to-back victories in 2009/10 is Geoff Olgilvy 50/1 – with Coral. Olgilvy hasn’t gone on to have the career in the game that many expected him too after his US Open victory in 2006, and it’s been a long wait for a win since 2010, and although last year’s victory came in the modified Stableford scoring system Barracuda Championship, a win is a win and I don’t think you can discount the positive vibes of being back here as a past champion.

I think a lot of these early season events come down to who has been playing the most competitive golf and of course having a bit of local knowledge of the course. One player that falls into both categories is Sang-Moon Bae 50/1 – with BetVictor. Sang -Moon not only comes into this week with a win and a Top 5 on the PGA Tour, but he also won the Shinhan Donghae Open in South Korea. Two wins in your last four events, you can’t argue with that form.