This week sees the China Open pitch up at the Tomson Shanghai Pudong Golf Club, it’s a new venue for this event but it has hosted some Asian Tour events including the BMW Asian Open.

Designed by Shunsuke Kato the course opened for play in 1997 and measures 7,340 yards from the back tees and has over 30,000 trees. Combining British and American design characteristics the course is a very strategic one and will suit players that can keep the ball in the right areas to attack the pins.

I will be sticking with several players from my picks last week and first up is Tommy Fleetwood 20/1 – with BetVictor – who just missed out on making the play-off at last week’s Shenzhen International. Add that to his runners-up finish in last year’s China Open and now two Top 20 finishes in his last two events, I believe we will see Fleetwood challenging again this week.

One player I was having a look at last week was Emiliano Grillo 25/1 – with Ladbrokes – who has started to play some consistent golf with three Top 25 finishes from seven starts this year, the best being his fifth place finish at the Qatar Masters in a very strong field. The Argentinean has been progressing steadily after turning pro in 2011 and although he hasn’t won an event yet I do feel it’s only a matter of time before he does. 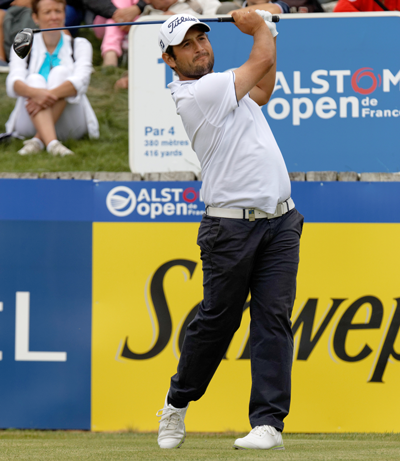 Another player I tipped last week was defending champion Alexander Levy 30/1 – with Bet365 – who did make the Top 25 playing some steady if unspectacular golf. I think the Frenchman will enjoy being in the lime light this week as the defending champion, and even though the tournament is being played on a different course I expect him to be in the thick of it come Sunday.

Another player I am sticking with this week is Peter Uihlein 40/1 – BetVictor – and I think these represent good odds for the American who made the Top 5 in last week’s Shenzhen International and getting off to a great start. Although he played steady golf over the last two days I still think Peter has a lot to prove to himself at the moment and I expect him to be in one of the final few pairings on Sunday.

Julien Quesne 55/1 – with ToteSport – is a player I tipped earlier in the season, he has now had three Top 25 finishes from his last four events with two of those coming in the Top 10. He had a final round of 65 at last week’s Shenzhen International that saw him storm up the leaderboard and he should turn up in confident mood this week.

David Howell 50/1 – with BetFred – seems to be hitting a bit of form since his runners-up finish at the Joburg Open and last week’s fourth place finish at the Shenzhen International made it two Top 10 finishes in his last five starts. He has another Top 25 in there as well. David has never really played well in the China Open but on a new track this week I think he may just end that run of bad finishes in this event.