Golfclub München Eichenried held its first BMW International Open just after the opening in 1989, which was won by David Feherty. This will be the 22nd time that the course has held this prestigious tournament.

Kurt Roßknecht who was commissioned to design 27 holes with three 9-hole loops designed the course – the parkland track is long and flat. Features include an abundant stock of a variety of trees with water hazards and streams, the numerous ponds feature some elegant dry stone-wall work. There are also two half-island greens and nearly 90 bunkers throughout the course for the players to contend with.

Shane Lowry 18/1 – with Coral – has been concentrating on getting his playing card on the PGA Tour this year and started the season well with a Top 10 at the Farmers Insurance Open which he followed up with two other Top 25s. Shane has had a few missed cuts but a Top 10 at last weeks US Open championship followed on from his sixth place at the BMW PGA Championship and although he didn’t finish well at the Irish Open I think his game is in great shape and with a couple of Top 25 under his belt on this track, I think we will see him in the thick of it come Sunday.

Its been a tough year for Joost Luiten 20/1 – with SkyBet – and many of you will know we have won a nice bit of money on the Dutchman over the last couple of years, so it was good to see him back in contention at the US Open last weekend. Joost can make a lot of birdies as well as bogies during a round and has a good record over the Golf Club Munchen track where he has not been outside the Top 11 the last three times the tournament has been held here. Luiten may not have finished well at Chambers Bay at the weekend, but I am sure he will take the positives from his first two rounds on a tough course and be in buoyant mood this week.

It has been good to see Rafa Cabrera-Bello 28/1 – with StanJames – come back into form and the BMW International seems to have come just at the right time for the Spaniard as it is an event he seems to enjoy. Rafa had a third place finish here in 2010 and opened with a 64 last year on his way to taking the runner-up spot – although on a different track to the Golf Club Munchen where the tournament is being played this week. Cabrera-Bello comes into this week with two Top 5 finishes in his last three starts on the European Tour, so the lad from Gran Canaria is certainly bang in form

Its is hard not to stick with Maximilian Kieffer 40/1 – with BetVictor – this week, he is going to put in a decent final round and win a tournament rather than throw it away soon. Maximilian has only been outside the Top 25 once in his last five European Tour events with three of those being Top 10 finishes, but he has only shot one final round in the 60s that being a 66 at the Open Espanå. Kieffers last three final rounds have gone 77, 75 and 73 – at least that progression is going in the right direction – and although he has the added pressure of playing in front of a home crowed this week, I also think that may inspire him.

Pablo Larrazabal 66/1 – with StanJames – won this event on this track back in 2011 and had a third places finish the year before that. It’s been a strange year for the lad from Barcelona with three missed cuts from his last five starts on the European Tour. Pablo started the year well with four Top 25 finishes from his first six starts which included a third place, but seems to have lost his way since then, but being back here I think we will see him challenging again this week. 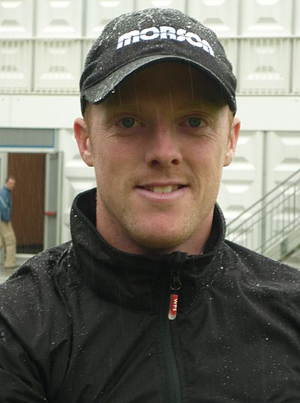 David Horsey 110/1 is – with BetFred – another past champion here winning back in 2010 and he defended his title well with a Top 20 finish. David is another player who isn’t in the greatest of forms coming into this week with only three Top 20 finishes so far this year, but it’s obviously a track he enjoys playing on and that should bring with it plenty of positive vibes when he turns up and at these odds I think he is worth a quid each-way.