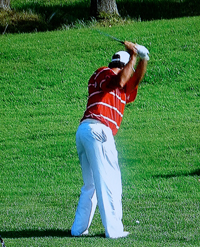 The European Tour heads back to Africa but this leg is to North African for the 39th Trophée Hassan II, I must admit Morocco is becoming a great golf destination hopefully you have read reviews of my recent trip to Marrakech and Essaouira if not follow the links at the bottom of the page, there is also a link to this years Morocco Festival of Golf, which is definitely worth taking part in and great value for money.

Back to the Trophée Hassan II, which was first played back in 1971 and was the vision of Morocco’s King Hassan to bring the best golfers in the world to Morocco each year to compete in a major golf tournament. Today it’s his sons who have taken up the baton and golf in Morocco as well as the Trophée Hassan II are prospering from the kings foresight.

Golf du Palais Royal in Agadir, was designed by Robert Trent Jones Snr and is regarded as one of his most impressive pieces of work. Defending champion David Horsey heads up this week’s 124-man field and said “It’s an awesome course so I’m looking forward to getting back there. It’s always in perfect condition, and to play in the Palace grounds of a King is always something special.”

I did pick Jaco Van Zyl 25/1 last week for the Open de Andalucía, but a final round of 66 left him one shot off making the Top 5. But his record of finishing in the Top 10 three times out of his six starts this year with two of those coming in the Top 5, its not going to be long before Jaco is picking up the winners trophy. 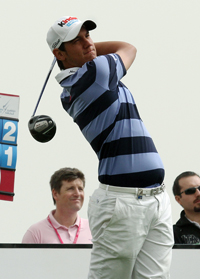 Matteo Manassero 14/1 also comes into this weeks event after showing well in Andalucía, where he followed up his opening round 64 with a not so impressive 73, which left him to much to make up, he did finish strongly with two rounds of 68 to take the runners up spot.

It seems that Francesco Molinari 12/1 hasn’t really been figuring in tournaments this year, but he has actually only been outside the Top 20 once in the five events his teed it up in, one of those being an eighth place finish at the Abu Dhabi HSBC Golf Championship. This is part of Francesco’s build up to the Masters so he will want to be leaving this tournament full of confidence. 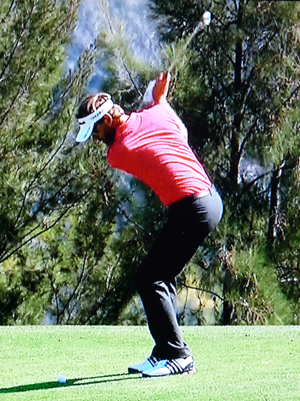 My each-way picks are:

Its always interesting to see how sports people react to an adversity, it really gives you a clue into their psyche and its going to be intriguing to see how Raphael Jacquelin 40/1 reacts after seeing his challenge for the Open de Andalucía fall short, as you can see I think Van Zyl and Manassero will react well, hopefully Jacquelin can do the same, especially at these odds.

Jamie Donaldson 40/1 hasn’t started this year that well, but I am sure it wont be long before the Welshmen gets back into the groove and hopefully the inspiration of watching Wales clinch the Grand Slam will give him the boost he needs.

Shane Lowry 55/1 finished the Open de Andalucía in great form shooting a pair of 67s for his two final rounds, which moved him up the leaderboard rapidly. He will want to put the nightmare of last years opening round of 81 right, he did follow up with a 70, but missed the cut. Two weeks later Shane went on a run of four Top 15 finishes, two in the Top 5 from five tournament starts, lets hope he goes on that type of run again.

For updated betting odds during the tournament Click here

Golf In Morocco: You Will Adore Mogador