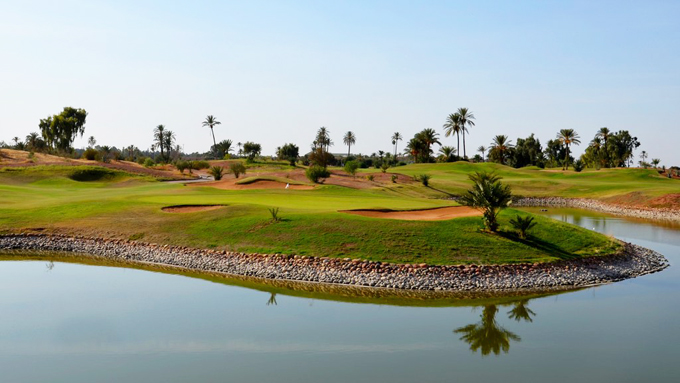 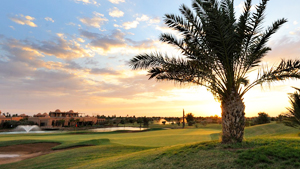 To me, Morocco and in particular Marrakech has always held a certain mystique. I think it comes from reading in Golf Monthly magazine, when I was knee-high to a 4-iron, that there was a golf course near the capital Rabat where the king himself would play.

The long, rich history of this region of North Africa is evident in the Berber villages that have changed little since ancient times. The Berbers are a people that have been in the area for thousands of years but have an unknown origin, though some scholars speculate that their roots might be traced back to the Caucasus.

During the Middle Ages various dynasties like the Almoravids left their mark on Marrakech. This can still be seen today in the beautiful decorated architecture and tiles of the city. The 19th century brought French colonisation of the country, and with it transport, commerce and European-style hotels, one being the famous Mamounia. Morocco gained independence from France in 1956 and the monarchy that exists today was established with the coronation of Muhammad Ben Yusuf a year later.The crown and kingdom was passed to his son Hassan II in 1961, and again in 1999 to the current king, Muhammad VI, who has brought improved infrastructure and greater democracy to the country.

Golf first appeared in Morocco at the Royal Golf Country Club in Tangiers in 1904. King Moulay Abdelaziz donated land to the local diplomatic corps for their sports. Ten years later, an enterprising British diplomat organised the construction of a nine-hole golf course. 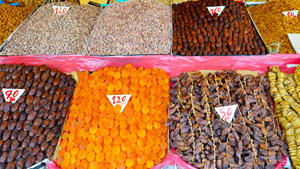 Fresh fruit and nuts at the Marrakech market © Peter Corden

Since then the course has been expanded to an 18-hole, par-72 layout and is known for its narrow fairways and deep rough. King Hassan II loved golf (he was the king I read about when I was a boy). He now has a European Tour event named after him, the Trophee Hassan II. It was first contested in 1969 and won by the then US Open Champion Orville Moody. Bill Casper was a great personal friend of the king and he won the tournament twice in 1973 and 1975.

More recently there has been a flourish of new courses in the country and some of the best designers in the world – the likes of Robert Trent Jones, Jack Nicklaus, Kyle Phillips and Gary Player – have worked upon venues here. 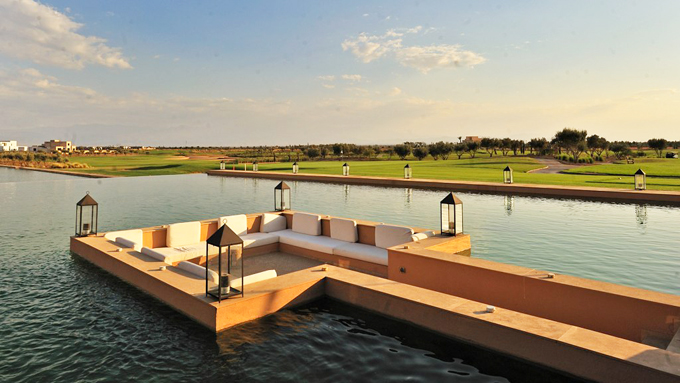