The European Tour pitches back up on mainland Europe this week in the beautiful city of Seville. I must admit it’s one of my favourite cities in the world, so if you ever get a chance to go you will have a great time. Make sure you go to see one of the local football teams Real Betis, their fans are fantastic.

Anyway back to the golf, The Real Club de Golf de Sevilla was designed by Ryder Cup captain and two times Masters Champion José Maria Olazåbal and opened for play in 1991. The course sits in a stunning setting in the town of Alcala de Guadaira and nestles close to the banks of the Guadaíra river and the Parque Natural de Oromana nature park.

In spite of the flat landscape Jose Maria has managed to create a varied and difficult golf course, it’s a challenging 7,140 yard track and has wide fairways and numerous bunkers strategically positioned, four lakes and about 3,000 trees. The greens are small so as you would expect from an Olazabal course emphasis is on strategy and short game. The course is held in high esteem and sits at number 12 in Spain’s list of Top 100 courses. 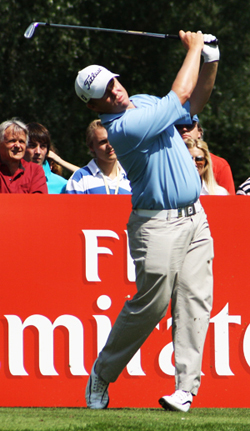 I backed George Coetzee 22/1 at last week’s Ballantine’s Championship and George just finished outside the Top-5 in seventh place, coming back into contention with a final round of 66. I think he will becoming into this week’s tournament full of confidence.

I backed Paul Lawrie 28/1 for the China Open after he was right in the thick of it at The Masters for the first two days, he finished a creditable fourteenth place in China and has had a week off since then. Paul already has a win under his belt from the Qatar Masters, he also has three other Top-10 finishes and  will be looking to book his Ryder Cup place.

I also backed Alexander Noren 28/1 earlier this year at the Malaysian Open where he decided to miss the cut (Thanks) but since then he has had two Top-10 finishes. Alexander has so much talent but just seems to hold himself back, even when you thought he would push on after winning the Welsh Open and Nordea Masters last year, but hopefully he will start to fulfil his undoubted talent. 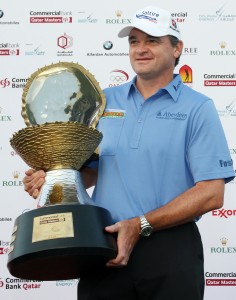 Another player who done well at last week’s Ballatine and being offered at great odds here is Richie Ramsay 50/1, who’s final round 65 rifled him up the leaderboard to take the runners-up spot. The Scot seems to be coming back into a rich vain of form, having finished in the Top-5 three times out of six events at the back end of last season, one of them being a third place finish at the Andalucía Masters.

Rafael Cabrera-Bello  40/1 finished just outside the Top-10 in eleventh place here last year, Rafael already has a win earlier in the season at the Omega Dubai Desert Classic and another Top-5 finish at the Malaysian Open sees the Spaniard in great form and I am sure he will want to do well in front of his home fans.

I must admit I nearly bulked when I came across the odds being offered on José María Olazabal 225/1 and although Jose last win was on home soil back in 2005 at the Mallorca Classic, this is a course he designed, not to mention on home soil, he’s playing as Ryder Cup captain and he’s also had two Top-20 finishes this year, one a sixth place finish at the Volvo Golf Champions and while I don’t see him winning (But you never know with home backing) a Top-5 place is not beyond him.

For updated betting odds during the tournament go to www.planetgolfreivew.com