Long before Silicon Valley became the epicenter of the chip universe, a popular song begged the question, “Do you know the way to San Jose? I’m going back to find some peace of mind.”

Nowadays, if there is any hope of discovering an aura of serenity in the South Bay, you best keep driving to San Martin, 20 miles south of downtown San Jose, to a secluded 1,700-acre “pure California” landscape located on the eastern slope of the Santa Cruz Mountains, smack between the high-stakes tech world and that coveted bucket-list golf destination called Pebble Beach. 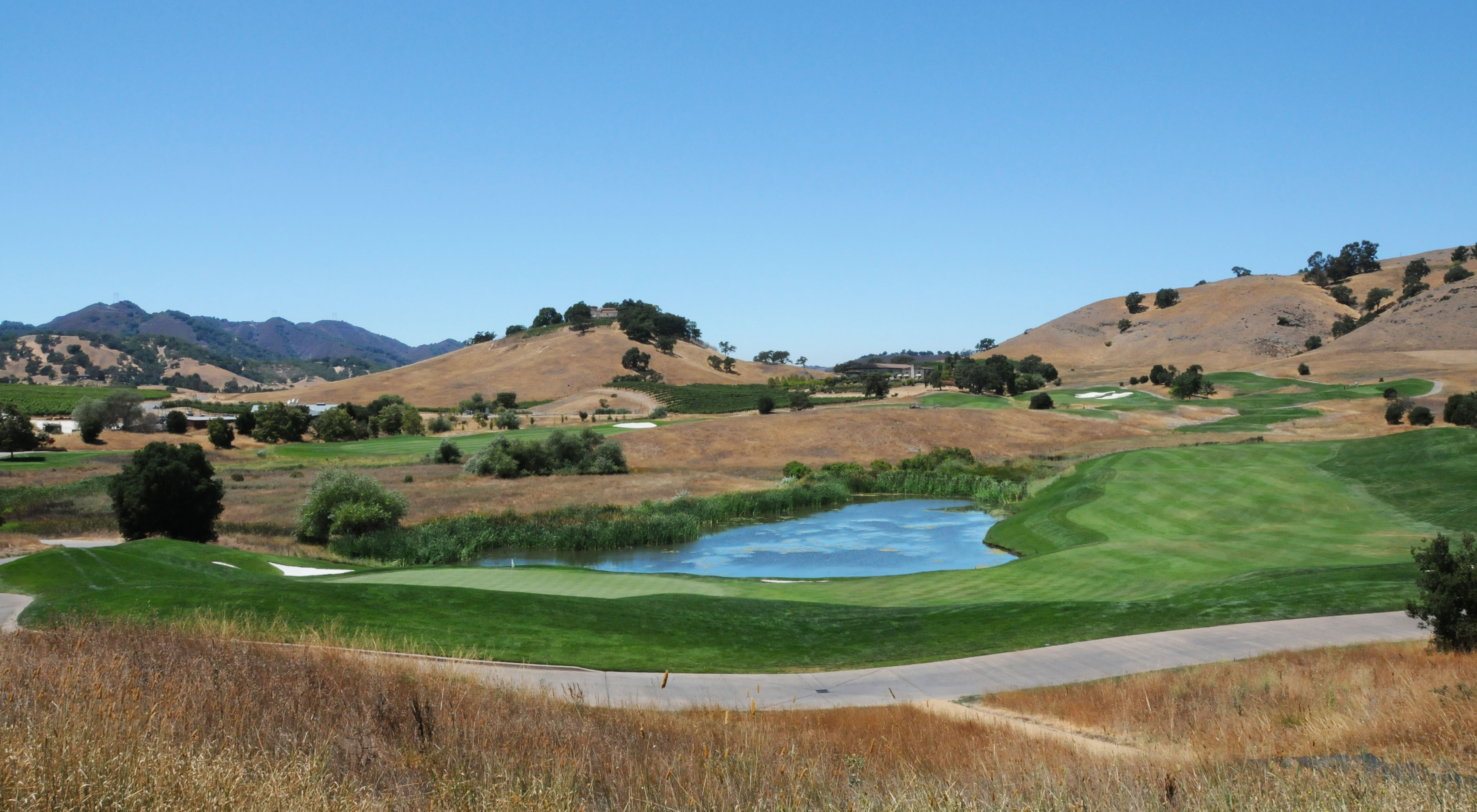 Following a five-minute drive from the bustling Highway 101 and past agricultural land that has remained unscathed from major development, an understated gated entrance opens to an intimate playground retreat created at the height of the dot.com boom in 1999, to meet the demands and lifestyle for the sultans of tech. Throughout the last 14-year economic roller coaster ride, the millionaire’s club has opened its gilded doors for upscale travelers to take advantage of the transformed resort that exists today. Bottom line, if you’re one of the fortunate 460 dues-paying members or your name is on the security list as a guest, you can pass “go” to start rejuvenating with a lavish supply of five-star amenities. Welcome to CordeValle, A Rosewood Resort.

“Since we are located so close to two metropolitan areas, the first thing our guests and members appreciate after passing through the gate is the quietness, the tranquility and the beauty of the property,” says Michael Marion, Director of Golf Operations and Memberships at CordeValle. “Looking out at the hills with a vineyard (Clos LaChance Winery) on property, you almost feel like you’re in Napa.”

From the moment your car rolls up to the front lobby – don’t even think about opening your own door – the blood pressure starts simmering during the minimalist check-in process before being escorted to one of the 45 rooms consisting of spacious villas and bungalows. The majority rest on the hillside above the 9th fairway where, from the private patios, guests are afforded gazing opportunities of golfers by day or stars by night. The inside frills include gorgeous furniture, wet bars, fireplaces, state-of-the-art video and sounds systems and whirlpool baths. 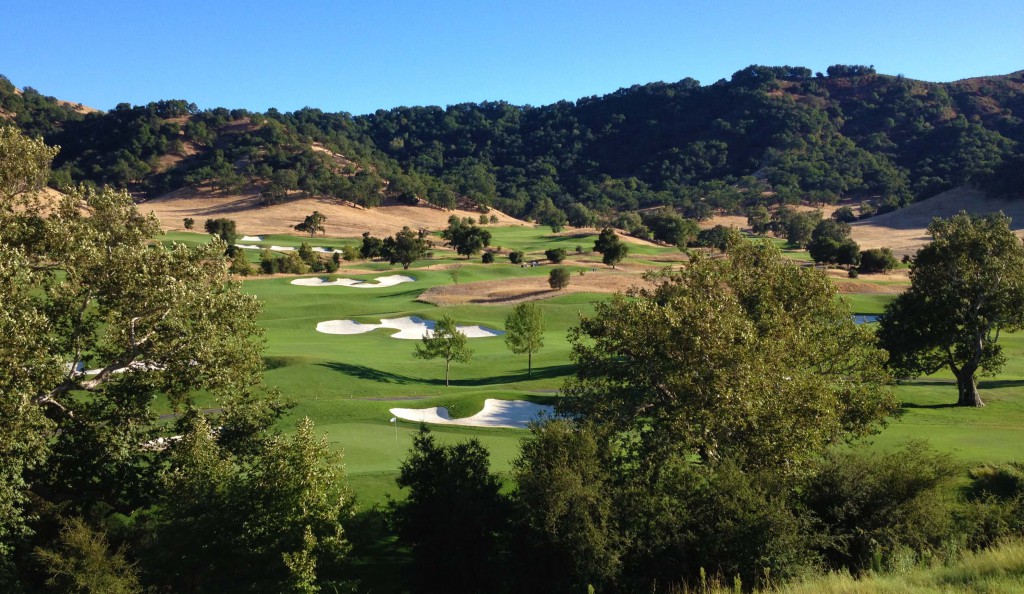 Considering CordeValle’s off-the-beaten-track location and atmosphere of exclusivity, it’s easy to understand why the property was under the radar for a long time. No longer is that the case due to high-profile exposure from major golf associations having caught onto the unique qualities of this property, most notably, its crown jewel in the shape of a Robert Trent Jones, Jr.-designed 18-hole masterpiece.

The train started in 2010, when the PGA Tour Fall Series moved in with the Frys.com Open and has been on a fast track ever since with the continuation of that tournament, including this week’s version kicking off the 2013/2014 PGA Tour season.

“The players that are able to stay on site at CordeValle love the luxurious rooms and all of the resort amenities,” says Jeff Sanchez, Tournament Director. “If CordeValle had 132 rooms available, I would have 132 very happy players.”

That won’t be a concern next year with the event shifting to Silverado Resort in Napa but as far as CordeValle is concerned, the PGA Tour is not the only road show in town.

After opening the course to the tour pros, CordeValle hosted the PGA Cup in 2011 (returns in 2015), a premier international event for PGA professionals from the USA and Great Britain & Ireland and, in 2012, the USA-China Youth Golf Matches, featuring 12-player junior teams from each country. More recently, it was the USGA’s time to shine at CordeValle with last month’s USGA Senior Women’s Amateur and the announcement of awarding their “golden egg” event, U.S. Women’s Open, to CordeValle in 2016.

“We were ecstatic to win the bid to host a national championship,” says Marion. “The mark of a great golf course is one that, cannot only be played consistently without tiring of it but can also accommodate different types of competitions for various levels of players beyond our members. While the Frys has been fantastic, the opportunity to have this global exposure sets CordeValle into a different air.

As the resort’s centerpiece trophy, the 7,360-yard golf course is quintessential Jones, Jr. snaking seamlessly through rolling hills with dramatic elevation changes (150 feet throughout the 18 holes) and forcing players to maneuver seasonal creeks, ancient oaks and sycamores and skillfully-placed bunkers regardless what set of tees you choose. All these factors, including the vistas, clearly set the stage for an impressive variety of strategies and club selection options. Have no fear. Director of Golf, Nick Bailey, his staff and the mandatory caddies (or forecaddie) will do everything – except hit ball – to assist navigating your game. 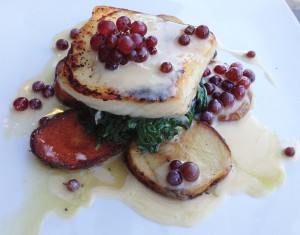 Beyond the spectacular 18 holes, what makes CordeValle so special is the combination of the rooms, golf, spa, fitness center, walking trails, pool or exercising your palate with Chef Luca’s Italian inspiration with contemporary California cuisine at Il Vigneto.

Regardless how you choose to fill the day at CordeValle, all the elements work together harmoniously to make this exquisite getaway or business retreat a destination where the only sad scene is the one in your rear view mirror exiting past the gate.

(story published in the October issue of Southland Golf Magazine)