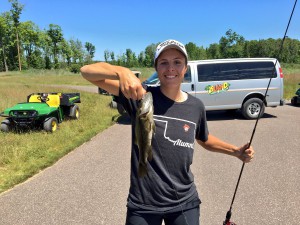 Now in its sixth year, the Island Resort & Casino Symetra Championship at Sweetgrass in Michigan’s Upper Peninsula is the area’s premier golf event — as a matter of fact, it is the only major golf event in the area.

If you know the semi-wilderness and lovely small town nature of most of Michigan’s U.P., six years running is quite a feat, and kudos to all who make it happen.

The tournament, which wraps up June 26 in Harris, near Escanaba, is one of three Michigan Symetra Tour events.  From here it’s on to the The Tullymore Classic, July 1-3, and then The Firekeepers Casino Hotel Championship July 22-24, with a Rochester, New York, stop in between. 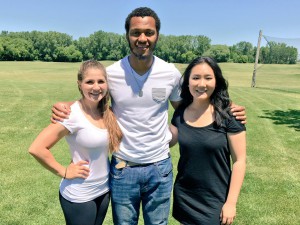 Each tournament takes on the local flavor of its community as residents open their doors to host players, volunteer, participate in pro-ams,  special events and clinics, join as spectators, and, in essence, build the future LPGA fan base and loyalty to the host clubs. 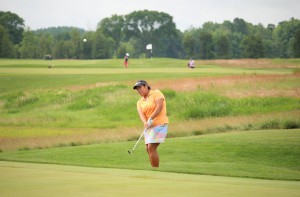 “Sweetgrass is one of my favorite courses that we play,” Meier said. “I enjoy the links style that it has, and it offers a lot of excitement with the island green par 3 and the reachable par-5 18th. But my favorite part of the tournament is the hospitality that we receive. I have a fantastic host family that I’ve stayed with for the past couple years who, believe it or not, are University of Michigan fans! But we put the Spartan/Wolverine rivalry aside for the week.

“The casino and hotel pull out all the stops to make us feel welcome,” she said. “The Island Resort Championship is a really fun atmosphere. It’s fantastic that the Symetra Tour and the LPGA have embraced the amazing golf courses that we have here. It really helps grow the game in the state of Michigan.”

Sweetgrass was voted by Golfweek raters to the “America’s Best Courses You Can Play” by state list, and Symetra players at Sweetgrass compete for a $125,000 purse. The Island Resort Championship is also part of the Potawatomi Cup, a series of tournaments involving courses with Native American Indian or Potawatomi tribal ties, with the top finishers in those events earning additional prize money.

Former Symetra Tour players have won hundreds of LPGA titles, including dozens of major championships.  Dani Holmqvist won the 2015 Island Resort Championship with a 10-under-par total.  Her performance contributed to her gaining full LPGA Tour playing privileges in 2016 with her season-long performance.

For more informattion on the Symetra Tour, visit  http://www.symetratour.com

For more information on Sweetgrass Golf Club, go to http://www.sweetgrassgolfclub.com/