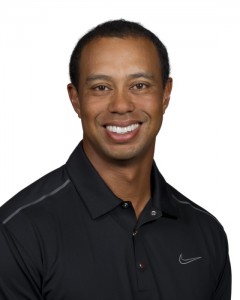 It was Rocco Mediate’s insightful comments about Tiger Woods last August during a Media Day at Warwick Hills that sealed the deal for me. When asked how he knew that Jack Nicklaus’s record of 18 majors wasn’t safe with Woods back in fighting form, Mediate said, “I see it in his eyes like on Sunday at the PGA.” Then in September, Woods finally broke through and won the Tour Championship at East Lake. Those eyes, that stare, were riveting.

The laser-like focus and intensity of Woods were evident again all weekend at Augusta National in winning his fifth green jacket, and first since 2005. Fully recovered from life-changing spinal fusion surgery in April 2017, Tiger displayed both physical and emotional mastery all four rounds, and particularly on Sunday. It’s a truism that golf’s a game of misses and Woods’ misses were acceptable and all in the right places for recovery. Tellingly, he never carded anything higher than a bogey all tournament. He led the field in the all-important greens in regulation statistic (hitting 58 out of 72) and was second in birdies with 22.

Of course, he also incurred some good breaks. His errant drives left him fortuitous spots where he could find a path to the green. Twice he birdied the par-four 14th hole from the left trees. And on Saturday, his overdrawn drive at the 13th hole hit a branch but settled safely down in the first cut. He made a birdie. Every Masters champion needs a few timely breaks and bounces and Woods was no exception.

His patience and course management were superb. As he admitted, “the script flipped” on the treacherous par-three 12th hole where four back nine contenders found the water leading to ruinous double-bogies. Woods instead played his nine-iron safely away from the pin and in the middle of the green. Jack Nicklaus later said that’s when he knew the Masters was firmly in Woods’ grasp.

On Wednesday night of Masters week, Woods accepted the Ben Hogan Award from the Golf Writers Association of America at its annual awards dinner. He recalled in April 2017 he was given a nerve block in order to attend the Champions Dinner at Augusta National. He was in constant back pain. Privately, he told several champions that as far as playing, “I’m done.” But the day after that dinner, Woods flew to London, England to consult with a specialist. The doctor recommended spinal fusion surgery which Woods underwent on April 19, 2017. Months of rehab followed along with a boatload of lingering doubts.  But Woods’ vaunted willpower and discipline were up for the challenge. He regained his swing speed and was able to play golf without pain. It was really only a matter of time then before Woods rediscovered the keys to winning.

It was no surprise to Rocco Mediate.

The eyes are said to be the windows to the soul. They also reveal the essence of a five-time Masters champion.

Several Michigan residents were able to witness some incredible shots at the par-three 16th hole on Sunday. Among them were Gregg and JoAnn DeWitt of Grand Rapids, John and Sandy Lowery of Grand Rapids, and Keith and Lisa Carpentier of Cheboygan. The DeWitts witnessed both Bryson DeChambeau’s and Justin Thomas’s ace there. The Lowerys saw Thomas’s as did the Carpentiers. In fact, it was the first ace witnessed by Keith Carpentier since Aug. 14, 2005 when a playing partner by the name of Terry Moore aced the 16th hole (Valley) at Egypt Valley CC.

The par-four 5th hole was revamped this year for the Masters. With yawning fairway bunkers needing a 313-yard carry, it was lengthened by 40 yards to a stout 495 yards. The green was slightly softened to allow for a new pin position. Masters officials felt that something had to be done to combat players’ added distance. Well, it worked. For the tournament, the hole was the toughest of the week with a 4.3355 average and only 13 birdies. However, on Sunday the toughest hole was the shortest hole, the 155-yard 12th. Also, the new tee at 5 also solved a previous bottleneck that occurred when players on the 4th green had to wait for players to tee off.  All of this was possible after the club acquired the added Berckmans Road property.

Next up for changes? The too short but iconic par-five 13th hole, the easiest hole for the week at a 4.4737 average. Expect to see it lengthened within two years.

Don’t hold your breath on the Masters changing its policy banning cell phones and digital devices. As Masters chairman Fred Ridley said on Wednesday, “I think our patrons appreciate our cell phone policy. I know that we have now become an outlier, if not the only outlier in golf, at allowing cell phones.” Many players agreed including Rory McIIroy. “How good is it that people aren’t looking at their cell phones? Yes, there are people with cameras (during practice rounds only) but they don’t constantly have their face in the device. It’s refreshing.” Amen!

Interestingly, Woods was T-44th in cumulative putting with 120 putts and two three-putts. Francesco Molinari was first in overall putting with 105 putts and no three-putts. Normally, those stats would crown a champion. However, Molinari’s two double bogies in tbe final round proved to be his downfall.