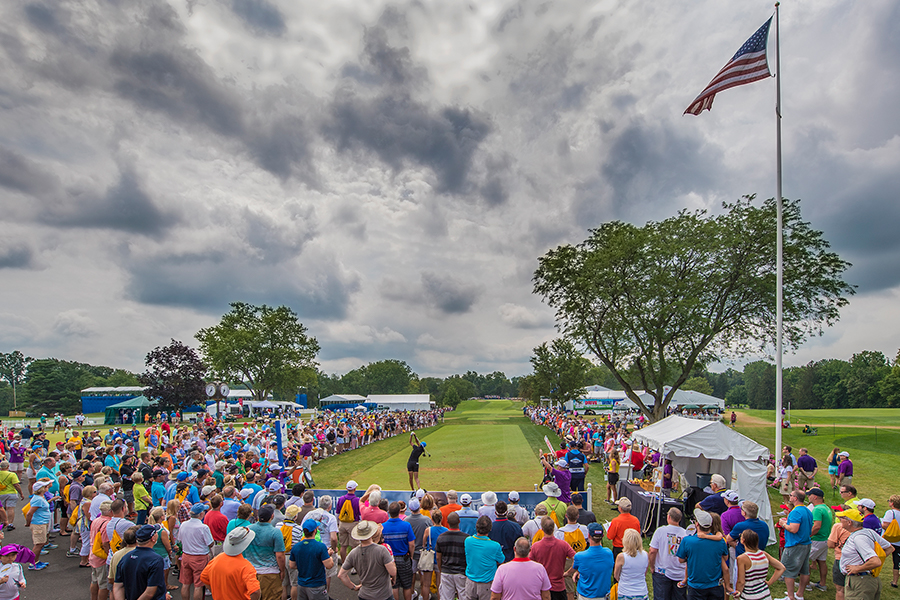 (Grand Rapids, MI) Blame my charming seven-year-old granddaughter. During her recent stay, she simply provided too many pleasant distractions for me to share this golf story sooner.

One of my golf cronies—Brian, a business owner in Toledo, OH—played in the Marathon LPGA Classic Pro-Am. (Sorry, first name only to avoid pesky sales calls.) In a nutshell, he summed up the experience, which he enjoyed, as “extremely different.” And it started well before he stepped on Sylvania’s Highland Meadows GC on Aug. 5.

First, the LPGA announced it would resume its tour after the months’ long pandemic pause with back-to-back stops in Toledo, OH, with the LPGA Drive On Championship and the Marathon LPGA Classic and with no spectators.

Second, as a registered participant and a safeguard for LPGA players and caddies, Brian was notified weeks before by tournament officials that all amateur players in the pro-am would need be tested for Covid-19. Brian shared with me how it was done: 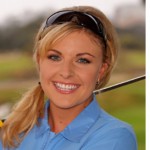 Actually playing in the event was also unique. “We played with two very nice and gracious pros, Sarah Kemp and Alana Uriell,” said Brian. “But due to health safeguards, we had to maintain a safe distance from them during the round.” In fact, Brian explained their caddies served as a “go between” for the players and pro-am participants. “The caddies actually got more involved with us and interacted with us.”

Unlike in previous years, Brian and his playing partners had to use golf carts which were restricted to remain behind the ropes (aka cart path only). “This was necessary due to no caddies for the amateurs and making sure carts didn’t disturb the fairways,” said Brian who usually likes to walk when playing.  “I’m not complaining given the circumstances, but it meant extra time going from outside the ropes to one’s ball.” In his post-event survey, he suggested that it would’ve been better if he could’ve used his push cart. “I would’ve gone straight to my ball, saving some time.” 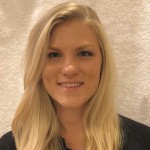 Prior to play, restrictions included no use of the club’s practice area and the putting green, again to avoid a group gathering around the LPGA players. “However, the tournament did provide four hitting bays which allowed us to warm up and hit some shots,” said Brian who was competing in his fourth Marathon pro-am.

Even with the restrictions and safety protocols in place, he relished the time with the LPGA players,  playing nine holes with each of them in a scramble and best-ball format.

Uriell, 24, was a University of Arkansas college player whose rookie season was last year when she won $62,031 in 16 events, including one top-ten finish.

On Sunday, Kemp finished T-28 earning $6,862 while on Friday Uriell missed the cut.

As it turned out, Brian’s sponsor group—The McDonald’s Owner/Operator Group of NW Ohio—didn’t field its second team due to a participant testing positive beforehand. But true to its corporate mission to support the local community, McDonald’s didn’t ask for any money back from the tournament.

“Supporting the LPGA in Toledo for over 34 years, our group didn’t want to pull back any of our funds,” said Brian. “Everyone has to do what they have to do at this time.”

The pandemic may have turned the world upside down—including pro-ams— but ‘giving back’ is firmly in place in Toledo.

Images courtesy of VisitToledo and the LPGA.