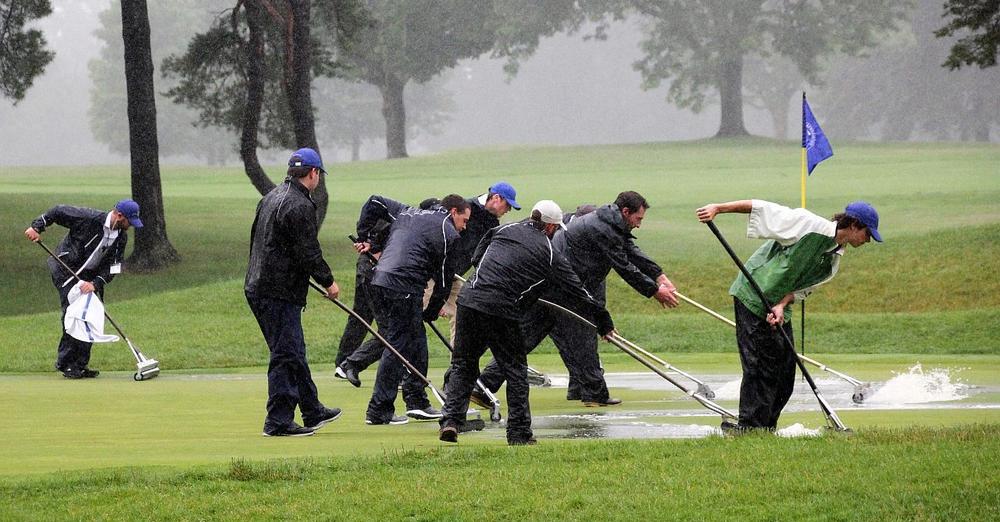 “We sure could use the rain.”

After being at the rain-cursed Michigan Amateur at Cascade Hills CC in Grand Rapids, I swear I’ll never utter this phrase again until Michigan becomes a Dust Bowl.

Longtime observers say this was the wettest Amateur in memory, surpassing last summer’s championship at Boyne Highlands which was a doozy. But this year the rain went on and on, for days, with one delay after another. It resembled a version of “Groundhog Day.” In fact, the final match concluded this past Monday, two days later than scheduled.

(Full disclosure: I’m a Governor and tournament volunteer for the Golf Association of Michigan which conducts the Michigan Amateur.)

First off, the maintenance staff at Cascade Hills, headed by superintendents Al Bathum and Andy Gianino, must be applauded for their remarkable efforts to keep the course open and playable in spite of record rainfalls last week. Under normal circumstances, the course would’ve been closed for any member play. Their herculean labors led me to paraphrase an apt quote by architect Rees Jones about the superintendents at Bethpage Black who dealt with a similar deluge at the 2009 U.S. Open:

“I can’t say enough about them. They’re no excuses and all solutions.”

And kudos to Tournament chairs and CHCC members John Barbour and Tom Hicks for nurturing and making plans for this championship these past five years. Even with the weather challenges, the Michigan Amateur was a fitting way to celebrate the club’s Centennial this year. However, there may be new drink served at its bar with a fitting cocktail umbrella.

The calibre of play at the Amateur remained at a very high level. Dominated by collegians, the championship invariably crowns a champion who is sporting a logoed hat and golf bag from a colleges or university. On that note, it was refreshing to see 51-year-old Mike Anderson of Northville make it to the quarterfinals. Thirty-five-year old Brian Ottenweller of Grand Rapids and Dan Ellis, 31, of East Lansing made it to the Sweet Sixteen bracket. But other than those three players out of the final 16, no player was older than 23. The 2021 Champion is Patrick Sullivan of Grosse Pointe and the University of Michigan. He’s 21. 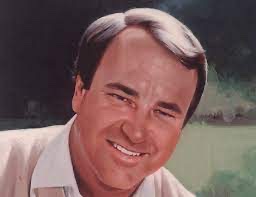 More and more, I’m dumbfounded by Pete Green winning his fourth Michigan Amateur at the age of 55 at Michaywe’ Pines in 1995. And I saw it with my own eyes. Green won Amateurs in four decades—the ‘60s, ‘70s, ‘80s and ‘90s. Take that Phil Mickelson!

Back to college golf. Most top tier college golf programs have grown in such prominence with excellent year-round facilities, playing schedules, coaching and training that it’s the equivalent to the minor league of professional golf. The PGA Tour is “The Show” and the Korn Ferry Tour is AAA-league. The MacKenzie and Forme Tours are AA-league and then comes various Division I & II programs. The same could be said for women golfers with the LPGA, Symetra and college golf all representing a gateway.

To make it in professional Tour-level golf is a rare feat. In the last 50 years, there have been only a handful of Michigan Amateur champions who succeeded on the PGA Tour—Dan Pohl (’75 & ’77) , John Morse (’78), Ryan Brehm (’07) and Joey Garber (’10). It would be similar for Michigan women, too.

Notwithstanding the odds, young Michigan amateur champions will still continue to set their sights on the PGA Tour. And they should. At best, pursuing professional golf is worth a “gap” (pun intended) year or two.

But these accomplished collegians should also appreciate their education and realize the best opportunity on the horizon is a full-time job with good benefits and the potential for advancement. And the potential for more amateur golf…under clear and dry skies.