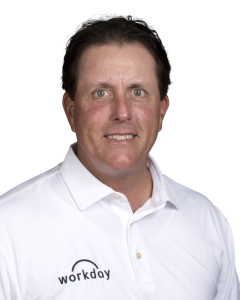 Phil Mickelson’s major fallout with the PGA Tour, due to his “reckless” (Phil’s words) comments and support for the rival and Saudi-backed LIV Golf International Series headed by Greg Norman, has been in the news so much that it didn’t need any further comment by me.

That’s when it was announced Mickelson won’t be competing in the Masters next month. What???

This is a three-time Masters champion who won the PGA Championship last year, proving that he can still play and contend past the age of 50. Now he’d decided not to play in the tournament he loves so much?

With still mending Tiger Woods likely not entering, golf fans will be denied seeing the best two best golfers of this generation not teeing up at Augusta National.

As a brief recap, Mickelson offered this apology in February which read in part: “…There is the problem of off record comments being shared out of context and without my consent, but the bigger issue is that I used words I sincerely regret that do not reflect my true feelings or intentions. It was reckless, I offended people, and I am deeply sorry for my choice of words. I’m beyond disappointed and will make every effort to self-reflect and learn from this.”

(Mickelson claimed his comments to respected and award-winning golf writer Alan Shipnuck were off the record, a charge that Shipnuck strongly denied.)

He added that due to the controversy and “pressure and stress” he would “need some time away to prioritize the ones I love most and work on being the man I want to be.”

He hasn’t competed in a PGA Tour event since that apology and hasn’t been in the public eye.

I figured his seemingly self-imposed exile would end the week prior to the Masters so he could face the media at the Valero Texas Open. Get all of it out and help to defuse it before Augusta.

This past week, veteran golf writer Craig Dolch in The Palm Beach Post reported “Mickelson did not as much withdraw from the Masters—Augusta National officials either told him or strongly encouraged him not to come, according to multiple sources. The last thing they want is Mickelson to drive down Magnolia Lane knowing the circus that was coming with him.”

Dolch also speculated that Mickelson may have been suspended by the PGA Tour thereby giving another reason for Augusta National to make the “suggestion.” As the PGA Tour never publicly acknowledges or comments on player suspensions, we’ll probably never know for sure.

According to Dolch in that same column, the book will surely highlight Walters’ relationship with Mickelson. In 2017, Walters was convicted of insider trading involving Dean Foods and was sentenced to serve five years in prison. In a similar case in 2012, Mickelson pocketed more than $931,000 trading Dean Foods stocks.

As Dolch recapped: “The SEC named Mickelson a “relief defendant,” meaning the agency believed he profited from insider trading in Dean Foods, even if he didn’t engage in it himself. Mickelson agreed to surrender his trading profits, plus interest of more than $100,000, without admitting or denying the allegations.”

This past year has seen a steady downward spiral for Mickelson. It’s a sad affair because he’s been a fan and media favorite for years. No player outside of the late Arnold Palmer has been so patient with young fans asking for autographs. And few players are more entertaining and quick-witted as Mickelson especially at the Masters where his pre-tournament press conference is a “must attend” media event.

And personally speaking, I’ve always found him media friendly and polite. Many years ago when he played in the ESPN-televised Par-3 event at Treetops, Mickelson shook off a local media handler who attempted to abruptly end a small scrum of reporters, including me, surrounding him after his round. “No, go ahead; I have plenty of time to answer your questions.”

In the ensuing conversation, Mickelson outlined for the first time the plan for the FedEX Cup.

At the time, Mickelson was a happy, contented, respected and well-rewarded player of the PGA Tour.