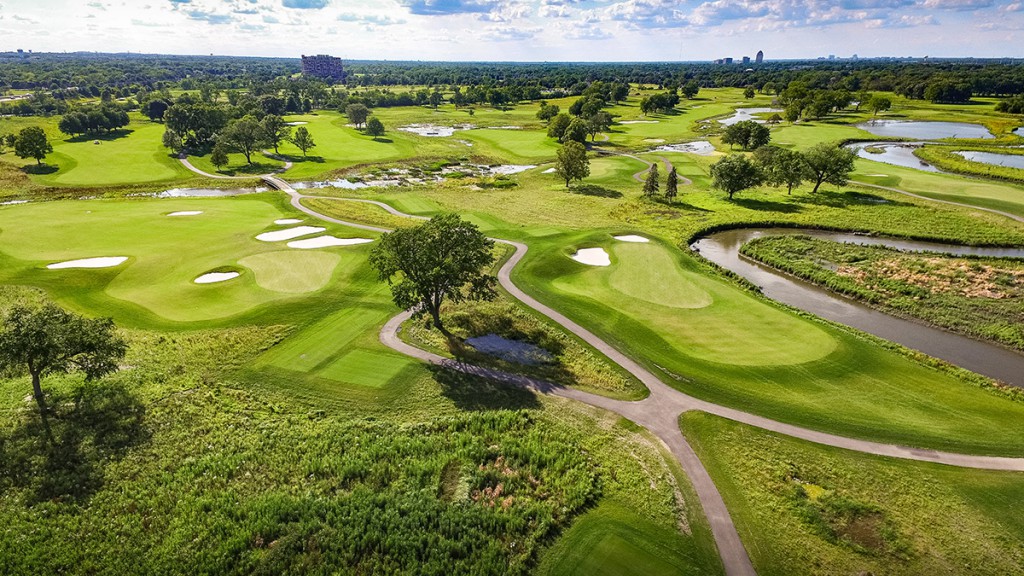 The redesigned The Preserve at Oak Meadows

Last time, I wrote about the Kaufman Golf Course, in Wyoming, MI, and the issues it has faced over recent decades with the chronic flooding of the course from Buck Creek, a major watershed for the area that flows through the property.

The flooding has resulted in the loss of numerous playable days of the course. Although the course in recent years adopted measures to mitigate the effects of flooding, no long term solutions have been publicly voiced.

As observed by Ken Yonker, Kent County Drain Commissioner—whose office has no final authority on Buck Creek since it’s deemed “state waters”—such temporary measures might be viewed as “band-aids” and often are more costly in the long run.

Is there hope for Kaufman and its ongoing battle with Buck Creek and its flood waters? In fact, there is. One public park course in Illinois faced a similar if not a more dire situation but found a way out by pulling together stakeholders and came up with a comprehensive solution. The result was an award-winning renovation of the year in 2018.  It’s a story that offers some valuable lessons for Kaufman and Buck Creek.

The course is The Preserve at Oak Meadows, part of the DuPage County Forest Preserve District. Interestingly, the original 18-hole course was known as Elmhurst CC, a private club that hosted the PGA Tour’s 1941 Chicago Open won by Ben Hogan. That course and another club were purchased by the county to create a 27-hole facility called Oak Meadows in 1985. However, there was one major liability with the property—the chronic flooding of the course by Sauk Creek even after minor rainstorms. And it only got worse with time. By 2008, the course was closed during that decade on an average of 20 days per season!  Significant turfgrass damage occurred as well. Locals nicknamed the course “Soaked Meadows.” 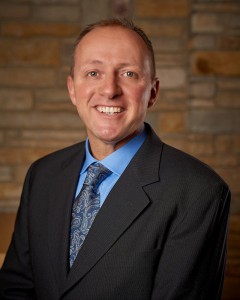 In 2009 after a lightning strike led to a fire destroying the 42,000-square foot clubhouse, Ed Stevenson, the Director of Golf for the Park District at the time, started a major effort to address the long term prospects for the course. Some people might say it was “lightning bulb” moment for Stevenson.

“We were at a crossroads where we had to do something or the course had to go,” said Stevenson. The core issue, he related, was that the solution had to address multiple concerns.  “It was not just a golf concern. We had to broaden the vision.”

With that mindset, Stevenson called a meeting of various groups with vested interests in the property and Sauk Creek. “And it was not just a golf group. It represented interested parties for water quality, stormwater treatment, and habitat.” The result was a master plan forged by this diverse group with a shared vision for the property and Sauk Creek.

“The stakeholders set the master plan, no one forced a vision,” said Stevenson, now the Executive Director for the Forest Preserve District of DuPage

To lead the project’s plan for the course was Golf Architect Greg Martin. Sharing a philosophy with Stevenson, Martin stated a core position of “rather than a course in a preserve it should be a preserve with a course.”

Martin’s plan involved a total redesign, reducing the layout from 27 holes to 18 holes. That vacated nine holes was used for 35 acres of wetlands which accepted stormwater run-off.  Also, 700,000 cubic yards of soil were used to elevate certain fairways prone to flooding.

“We went into the project thinking we needed to have the waters from Sauk Creek breathe and expand like lungs, with the golf course becoming the lungs for the creek,” said Martin. “We also moved four holes off the creek.”

Such creative thinking along with a critical collaborative framework among 19 local, state and federal regulatory agencies, paved the way for a multi-funded $16.8 million renovation between 2015 and 2017. When the course was reopened under the new name of The Preserve at Oak Meadows, it received widespread acclaim.

Golf Digest awarded its prestigious Green Star environmental award in 2017 for “the creative manner in which the design addresses floods and storm waters.” A year later the course was named the “Renovation of the Year” by Golf Inc. Its judges said the work was “a good example of a golf course acting as an open space amenity that preserves valued natural habitats and provides needed flood control measures.”

Some may find fault that this comparison to Kaufman’s problem Buck Creek is not fair. Admittedly, Kaufman doesn’t have an extra nine holes to help solve its problems. True enough. But it IS part of Palmer Park and some of the land there might be a possible solution for redesigned holes or for more stormwater management.

On this point, Martin added: “A golf hole is an incredibly flexible thing. You can move, push, or pull it depending on your environmental need.”

Incidentally, I shared a recap of what happened at Oaks Meadows with a former staff member at Kent County and offered it as a possible template for Kaufman GC. He told me he’s never heard of such issues with Kaufman and Buck Creek. But he would hope current staff members would be up to the challenge to develop and implement a similar long term plan. “If we want Kent County and its assets to continue to aim high and be in the best interest of the community, this project should be tackled.”

Like The Preserve’s relationship with Sauk Creek, Kaufman isn’t alone in its issues with Buck Creek. Up and down the creek, water issues are causing increased concerns for communities.

Neighbors in Grandville have expressed concerns about a housing development near Buck Creek called Alderwood which in their opinion would exacerbate flooding, displace wildlife, and diminish green space.  In recent years, and sometimes even after minor rainstorms, Ivanrest Ave. will flood closing it to traffic. 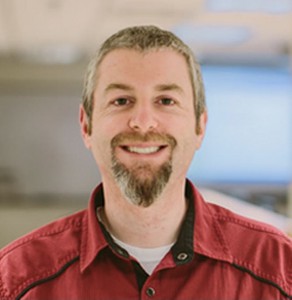 Dr. John Wertz, a Calvin University microbiology professor, lives near this area and has followed this project closely. In fact, he made public comments at the Planning Commission along with nine others citizens including the chairperson of the Friends of Buck Creek. Although Grandville’s Planning Commission approved the approximately 37-acre development, Wertz and others would like the developer to implement “mitigation measures” to reduce flooding instances for Buck Creek.

“What we’re advocating are actions that will slow down and filter the run off water from the development like bioswales (a trench that receives rainwater runoff) rain gardens, green roofs and porous paving materials,” said Wertz, Calvin’s professor of the year for 2021. “Let’s not do what was always done,” he added.

That’s an apt quote for leaders to ponder if and when they get around to developing a long range vision for Kaufman, Palmer Park and Buck Creek.

And recalling the line in Part I of this article about why Kent County Park officials and County Commissioners are wary of inquiries about Kaufman and Buck Creek, it is about money. But one community leader close to Michigan politics and public policy told me this might be an ideal time to fully address this issue.

“With the passage of the trillion dollar infrastructure bill in Washington, Michigan will have access to millions if not billions of dollars for such projects.”

But along with support funding from multiple sources, as seen in The Preserve at Oak Meadows, what’s also needed is bold leadership and collaboration.

I’d like to see multiple desk signs in local offices calling to mind the famous one by President Harry S. Truman:

Note: Along with multiple sources quoted in these two articles, I want to credit and cite two relevant magazine articles about The Preserve at Oak Meadows: May/June 2018 issue of Golf Inc. and the April 2020 issue of Chicago District Golfer.

Photos courtesy of The Preserve at Oak Meadows, Calvin University