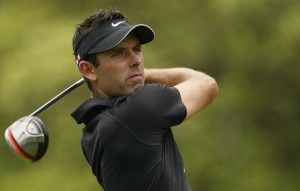 Who the heck would have figured the smiling 26-year-old South African would be the one wearing the famous green jacket at the end of the final round of The Masters? It was a surprise even to me, and I had called Schwartzel a vastly underrated player in one of my Masters blogs. But I never expected the guy to win.

So what does he do? Charl chips in for a ridiculous birdie on the first hole, makes eagle on the third from the fairway, and birdies the last four holes to win The Masters title by two strokes over Scott and Jason Day. Well, good for him. He’s a made man in golf now and deserved to win with the way he struck the ball, attacked flags all day and made putts like he really, really thought he was going to win. And that is more than I can say about certain players, including El Tigre, who could have won if not for two missed short putts and a horrible approach in the 13th hole that led to what amounted to a disastrous par.

You had to feel sorry for Rory McIlroy. I mean, the poor kid completely and utterly fell apart on the 10th hole and that was that, wasn’t it? His duffer-like triple bogey took away any belief he had left in himself and he wound up shooting a crushing 80 after beginning the final found four strokes in the lead. Ouch. During the final hour and a half of the CBS broadcast I wondered where Rory was. Did he walk off the course? Did he faint on Amen’s Corner? CBS didn’t even show poor Rory and it was just as well, as the wheels continued to fall off with a Torsiello-like 43 on the final nine holes. I guess CBS isn’t into showing train wrecks, although it would have been nice if Jim Nance or Sir Nick Faldo had at least told us Rory was still playing in the tournament.

Despite the fact that a non-glam guy won the tournament, the final round certainly made for incredible viewing. To its credit, CBS did a solid job taking us all over the course and showing the drama that was unfolding minute by minute, shot by shot. Tiger’s pine-tree-rattling 31 on the front nine set the stage for the final two hours of coverage and it was wonderful theater.

So we’re happy for Charlie, feel bad for Rory and pleased that Tiger is back and has seemingly found his game and inner fire, although he appears to be wound as tight as one of my buddies’ wallet when it comes time to pony up for drinks after a round.

The Masters showed us once again why we love golf, the hole by hole ups and downs, the human foibles the game exposes, and the beauty of playing a round of golf on a sunny, warm spring afternoon.

I’m going to go out and hit some balls and try to get my game in shape before a trip to Charleston, S.C. and five days of play. Hopefully, I won’t have to hit any shots from between cabins the way McIlroy had to do on the 10th hole yesterday or miss four-footers like Tiger did on 12 and 15.