If you would name three alcoholic drinks that seem to be made for Christmas then surely they would be Port, Sherry and Madeira and I for one have been checking out the stores in preparation of the annual opening of these fortified wines. 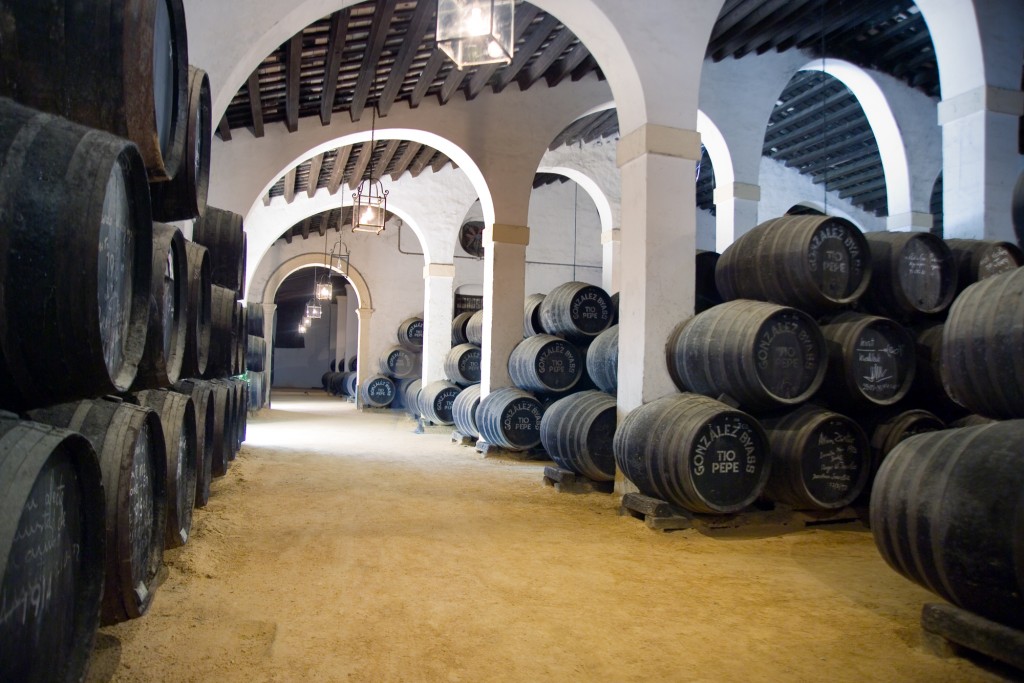 Sherry ageing in cask
Each of these old and traditional wine types are noted, by and large, for their sweet, rich and nutty flavours – the very characteristics of mince pies and Christmas pudding, which is why they are so popular at this time of the year.Another trait about these wines is that unless you are well versed – they can be a little difficult to understand, which is why I’m giving you a guide to buying the right bottle for your special occasion.Port is probably the most popular of the three.With the Port industry being predominantly in British hands you would think that selecting a bottle for Christmas would be relatively simple because, if nothing else, you ought to be able to understand the writing on the label. Yet the reality is that this could not be further from the truth. Despite the language familiarity you will need a little knowledge to work out what is inside the bottle to ensure you buy and serve the right one.

Ready to drink:LBV– Possibly the best bet for most tastes and the best price for entry level drinking – these wines can be very good when made by the right pair of hands. LBV is an abbreviation for “Late Bottled Vintage” made from a single year and matured in wood for not less than four years before being bottled. Try Taylors or Warre’s, both of which are highly regarded. They keep for about two weeks once opened.Tawny– Those looking to move up a notch should consider these lovely wines which are so rich in flavours and subtle nuances. They are usually sold as 10, 20 or 30 year olds, which is an indication of the average age of the wines making up the blend. These are often very good buys, with smooth, silky textures and mellow nutty flavours. Good as a dessert wine or chilled as an aperitif they are very versatile. Among my favourites for its price is 10 year old Quinta Do Noval, which has an unbelievable long-lasting depth of flavour. Again, it keeps for about two weeks.Need decanting Single Quinta – If you want to savour vintage Port but can’t afford it then this is the nearest thing, and in many cases it is often nearly as good as the real item. As the name suggests, they are made from grapes from one estate, and it is usually one of the port house’s best vineyards. These are wines bottled when the annual harvest is not considered good enough to be declared a “vintage” year, but in reality no Port house wants to declare a vintage every year so you are often buying a vintage Port in disguise. Expensive, but they are nowhere near the cost of a declared vintage. These make a great Christmas treat. Once opened and decanted they are best drunk no more than a day or two later. It really is worth the effort to buy these despite the need to decant and drink quickly! Try Taylor’s ever-reliable Quinta do Vargellas, or Fonseca Guimaraens. And remember if they don’t get opened this year they will be better next as long as they are stored correctly.Vintage – Blended from the wine of the best vineyards these are the top expression of the Port maker’s art. They need to age in the bottle for at least 15 years and as a result if you buy one ready to drink it will cost a princely sum. Most connoisseurs buy them on release and store them in their own cellars for at least a decade or two before bringing then to the table. Look for the best names – Taylors, Warre, Churchills and Dow. Best current vintages to drink are 1983s and 1985s or 1977s if you can afford them. I am slowly getting down a case of Warre’s ’85 which was bought soon after release and is now drinking magnificently. 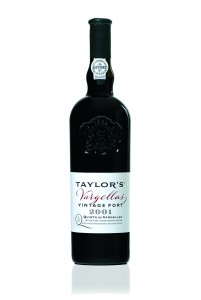 Taylor’s single Quinta Vargellas
SherryConfusing and often dismissed are Sherries, the wonderful wines from Spain that in Britain are sadly regarded as the drink for vicars and grandmothers, yet are much appreciated by aficionados.Christmas offers a good opportunity to sample the richer, sweeter styles of sherry that go so well with roaring log fires, fruitcake and carols.When I was a young boy my father would leave out a glass of sherry on the mantelpiece on Christmas Eve for Santa Claus to warm his soul after a long trip from the North Pole. There was never anything left in glass on Christmas Day morning so he must have been!Don’t be fooled into thinking sherry is a poor quality product.  It has been made with loving attention in the town of Jerez in Andalusia for centuries, evolving into what it is today, while maintaining many of its essential qualities using traditional, time honoured techniques. Many of the top quality sherries available today are steeped in ancient winemaking history, making their enjoyment an unforgettable experience. There are, of course, the cheap versions that sell so well due to heavy marketing, but these are best avoided. Instead you need to delve deeper into the sherry treasure trove and look for the very old, special reserves.To get started on trying these sticky delights you need look no further than some very special bottles from Gonzalez Byass, in particular the 30 year old rich wines named Matusalem or Noe, both from the bodegas’ “exclusive brands” collection.Matusalem is a little unusual in that it is a sweet version of a style known as olorosa, which is generally dry. Matusalem is a blend of cask-aged dry palomino wine and the sweet Pedro Ximénez. The result is simply sensational. Poured from the bottle, the aromas of dried fruits, dates, raisons and plum soon fill the air. Its flavours of are astonishingly rich and long, and its fine, balancing acidity ensures it cuts through sweet Christmas treats, although it is equally delicious with cheeses. Noe, is made from semi-dried Perdo Ximenez grapes which produce deep, rich wines reminiscent of figs, plums, coffee and raisins. Thick, unctuous and very sweet, it is the kind of wine to savour on your own in a nice quiet corner away from any distractions.Madeira:More so than Port, the wines from this lovely island in the western Atlantic are full of mystique.

Little known or understood, except by aficionados, the wines represent fantastic value and deserve more attention.

They came about by chance. First produced in the 15th century as table wines, Madeira wines evolved to become topped with spirit to help them survive long passage by sea to Europe. A returned shipment, which had been tossed about on board by heavy seas and subjected to heat under deck, was tasted to see if had survived only to discover that it had miraculously improved through the unlikely and by chance process of oxidisation.

Ever since the wines have been produced in a manner to recreate this unusual exposure – and the result has been refined over the years to produce consistent quality employing the reassuringly old fashioned traditional technique.

Once tasted and savoured, I challenge anybody who appreciates good wine not to enjoy the unusual and beguiling flavours of Madeira.

If you are fortunate enough to visit Madeira you will be able to soak up the history of the wines while exploring the wonder of the small volcanic island that peeks out of the Atlantic about 300 miles off the coast of North Africa.

It is a popular destination for the older holidaymakers from Europe, particularly from England.

Yet its fascination attracts thousands of younger travellers each year who enjoy a holiday that takes in exploration and a good walk.

For thousands of others its capital, Funchal, is an important stop off point on a cruise.

Passengers don’t have to travel more than a few hundred yards from the quayside to get to know all they need about Madeira wine.

For here in the centre of Funchal is Blandy’s Wine Lodge, which today serves as a visitor centre.

Blandy’s, set up 200 years ago by an Englishman whose family still controls the business, is now the largest producer on the island, and probably the best known.

The Lodge is a beautiful old building situated in the capital’s historic centre. Wine is not actually made on the premises, but the best ones are aged there in the traditional manner, stored for years in large America oak barrels in lofts where the wine undergoes its gentle cooking.

The aroma from the evaporating wines hits you as you walk through the Lodge. It is intoxicating and mouth watering, so visitors are always delighted to be offered a tasting at the end of the tour.

Like the rest of the island, Blandy’s Lodge is absolutely fascinating. 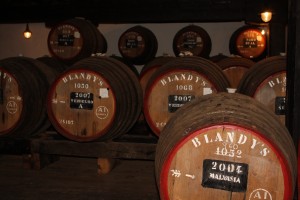 Packed with audio visual exhibits placed in rooms among the barrels, visitors get to learn all about the making of this tantalising, fortified wine. The principle styles, ranging from bone dry to rich and sweet, each has a zingy acidity which makes them so delicious and easily drinkable. They are named after the grapes used to make them – sercial, verdelho, bual and malmsey.

Blandy’s is experimenting with new blends and modern packaging to appeal to a younger market, with a brightly labelled brand named Alvada. Unlike many of the contrived marketing experiments seen elsewhere in the drinks’ industry, this wine is a triumph and well worth a place in your drinks cabinet.

Blandy’s and the other Madeira producers should, in my mind, make more of the fact that a bottle of Madeira once opened will keep in prime condition for many months. This is because during production it is oxidised through heating and air contact.

I bought a bottle of Blandy’s 10 year old Bual as a memento at Funchal Airport to bring home thinking that he could have a sip and then save the rest until Christmas.

It has gone already, such is the seductive charm of this old favourite, which deserves much wider appreciation.

For a Christmas treat seek out the Blandy’s 10 year old Bual or Malmsey.

And while you are on the island it is worth seeking out Palheiro Golf Club, which boasts one of the best views on the island, overlooking Funchal. It is the islands premier course, overseen by the amiable Michael Otto. 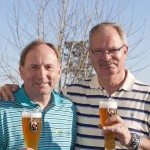 The course was established on the home grounds of the Blandy family and is a popular for its golf and clubhouse. It isn’t long but offers a challenge and is well worth a visit. 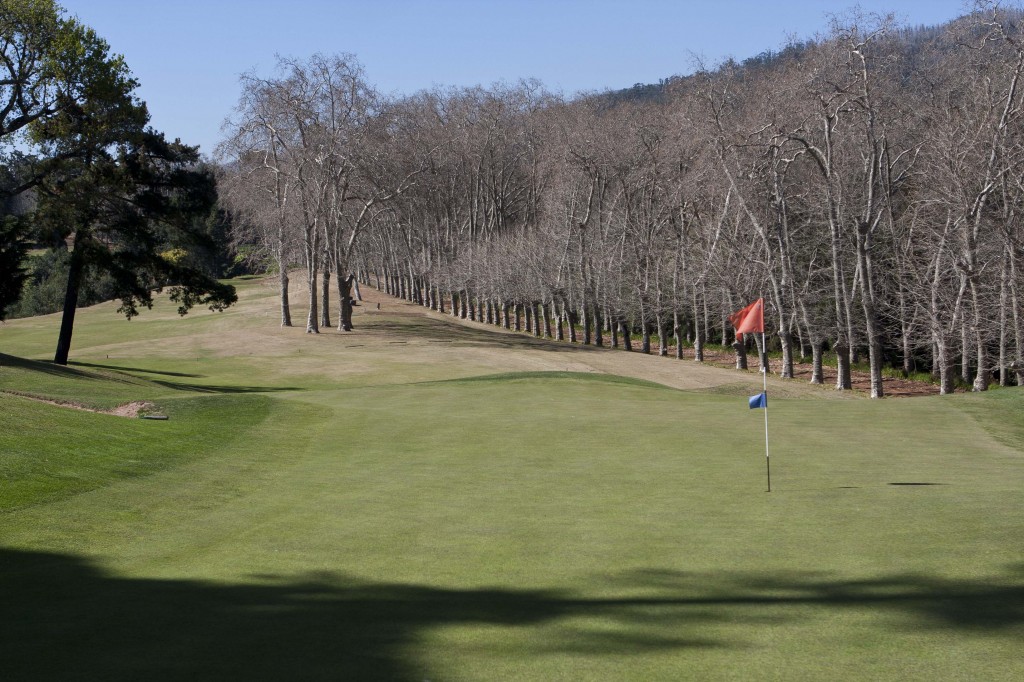