From what I’ve read, the path the St Andrews Links Trustees, Links Management Committee and The R&A Championship Committee took in decidingwhat alterations would occur to the Old Course has not been fully revealed. 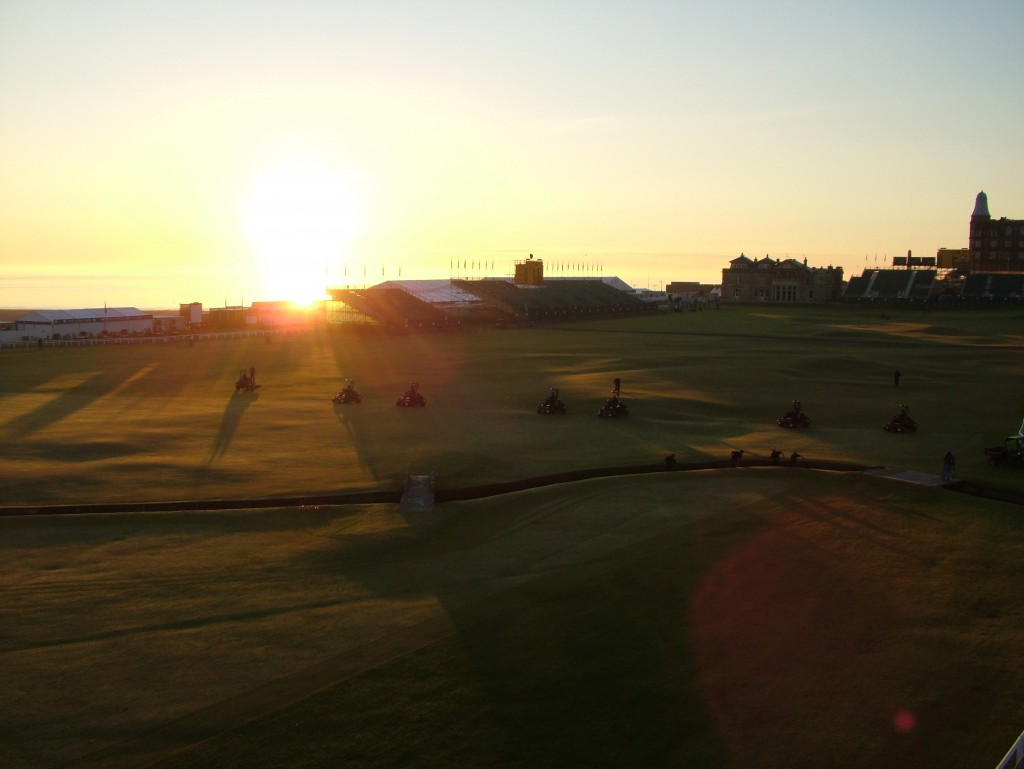 So, via email, I contacted Gordon Moir, Director of Greenkeeping, for the Links Trust to get an explanation. I’ve known Moir since 2000 when I was a volunteer on the Old Course greenkeeping staff for the Open Championship.

Throughout our email exchange, Moir was adamant that Links Trustees and the Links Management Council members fully appreciate the place the Old Course holds in many people’s hearts.

I asked Moir how long the process went on and who was involved.

“The changes being implemented were considered carefully over a number of months by those who have responsibility for the Links in consultation with the R & A and (consulting architect) Martin Hawtree.”

Moir said, the modifications are not damaging the essence of the Old Course.

“The changes are not so severe that they will change fundamentally the heritage or character of the Old and the briefings given to the local golf clubs in St Andrews prior to the announcement being made were supportive,” he wrote.

According to Moir, the input was used in making the final choices of what work would be done.

“Over the course of the meetings held, a number of suggestions were discarded. Some as a direct result of feedback from members of the Local Clubs, including the changes to the hollow on hole 7 as it was constantly either full of divots or marked off as ground under repair.”

According to Moir, it was the area residents who wanted the work done.

“The locals actually requested the hollow on 7 fairway should be raised or filled in. We did raise the base 2 years ago but that didn’t resolve the problem of divots forming there.”

Moir made sure to note that out the back rise on the Eden Hole is not being eliminated.

“As regards 11 green we are not removing the slope, merely making part of that left hand side suitable to put hole locations on for all types of play, not purely the Open or other Championships.”

He went on to right that other than the slope, no part of the Eden Green has been changed.

“The change to 11 green will not alter the traditional pin placing behind Strath bunker in any way as nothing around that location or behind it has been altered whatsoever. A good golfer will still be able to play the ball beyond the pin and the slope will bring it back,” he wrote.  “Any change to the 11th green has been on the left hand side where we have reinstated pin placings we have been unable to utilise for a number of years, summer or winter.”

According to Moir, much of the the feedback from local players has been positive.

“While I am sure you will be able to find local golfers who oppose any changes (you can still find some who think their golf should be free), there are a great deal who take a more supportive and appreciative view of the work being done,” he wrote.

One person I contacted told me off the record, because he is not authorized to comment on the situation,  there is no surprise that area residents are not creating a stir to the changes to the Old Course. During the period alterations to the Jubilee Course were being discussed this year, the Links Trust gave the public the opportunity to meet with various members of the staff to discuss the  modifications and only a handful of people showed up.

(Photo: Mowers on the first and 18th fairways preparing the course for the 2005 Open Championship. Copyright Anthony Pioppi 2005.)

One Response to “Director of Greenkeeping for St. Andrews Links Trust Sheds Light on Decision to Alter the Old Course”