The home of the PGA Tour’s Travelers Championship will have a distinctively different look when the tournament sets up shop in August of 2016. 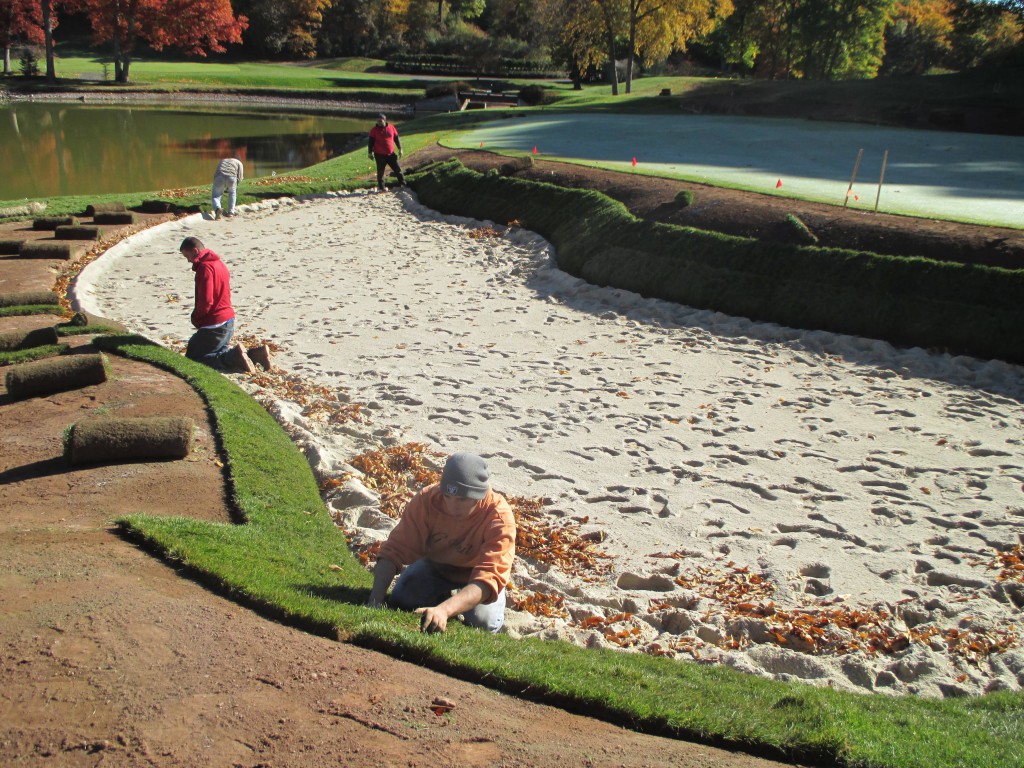 A renovation of every bunker at TPC River Highlands in Cromwell, Conn. began in September under the guidance of Milan Moore, a project manager for PGA Tour Design and Construction Services. Four greens will also be softened to create more cupping area.

One of two offensive willow trees on the 13th hole that destroyed the intended site lines has also been removed.

River Highlands current incarnation opened in 1989 and was designed by Bobby Weed with Roger Maltbie and Howard Twitty acting as player consultants for the Tour. The layout featured 119 bunkers, the majority of which had sand-flashed faces, that totaled approximately 150,000 square feet, according to Moore.

The new bunkers will feature grass faces and be reduced to a total area of about 100,000 square feet. Drainage and TenCate Mirafi, a geotextile fabric lining, will be installed that will necessitate all sand raking be done by hand. 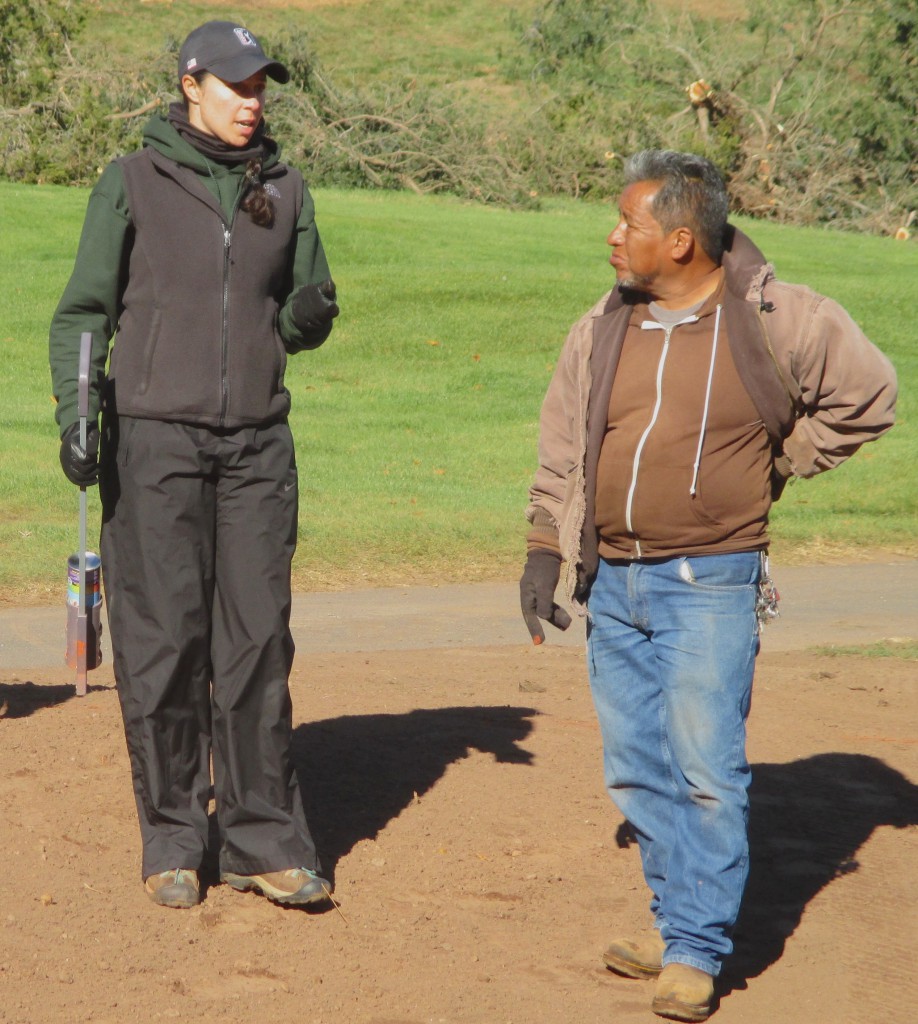 “They will be flat-bottomed, more fitting to New England and the mid-Atlantic,” Moore said, “a nod to Donald Ross.”

River Highlands golf course superintendent Tom Degrandi said he will gladly trade additional daily work that will be required  in exchange for having better draining bunkers and not having to rebuild many of them after a severe rain storm, especially during tournament week.

According to Moore, the Tour took input from past winners of the Travelers Championship, local PGA Tour players, PGA Tour rules officials and the people that put on the tournament. Once that information was compiled many of the existing bunkers were “deemed necessary,” Moore said.

She cited examples of bunkers that may have originally been placed for aesthetic reason but only served to severely penalize the higher handicap players while having no affect on low handicap golfers and PGA Tour pros. For the average golfer, Moore said, the goal is to make sure the “pleasure of the golfing experience is heightened,” while providing more challenge for the pros and better amateurs.

Weed  has no significant role with the renovation.

“Out of courtesy of the Tour and as Architect of Record, I was asked by Steve Wenzloff (vice president of PGA Tour Design & Construction Services)  to review their plans for a bunker renovation,” Weed told me in an email.

He visited the site for a day.

“My comments while on-site, were suggestions only,” Weed said.  “I have not heard back from the Tour since my visit.”

Weed said he remains happy with his work at the Cromwell course.

A 1934 aerial showing a portion of Edgewood Country Club on the site of what is now TPC River Highlands. Photo courtesy State of Connecticut

“Accommodating such a diverse level of golfers today continues to be challenge.  Most architects use multiple tees, clustering of bunkers assist, and more angles or doglegs can assist, as well,” he wrote. “At River Highlands,  we implemented these items plus had some variety of topo with some blind shots and a number of half-par holes.  Half-par holes are the most interesting in golf.”

“Overall, I am very pleased at how the golf course has held up over time with such minimal design changes.”

The first golf course on the site of what is now River Highlands was Middletown Golf Club that opened in 1928. It was designed by  Robert “Jack” Ross and Maurice Kearney. It’s name was soon changed to Edgewood Golf Club. In the late 1980s the Tour purchased the property naming it TPC Connecticut and the course underwent a significant renovation by architect Pete Dye. In 1989 TPC River Highlands (spelled for a short time as Riverhighlands) opened after the Weed renovation. That work was necessitated after land was purchased where the current holes 10-13 and the majority of 14 are now located.

The Travelers Championship has been held at the River Highlands site since 1984 when it was known as the Sammy Davis Jr., Greater Hartford Open.