Until now there have been approximately six photographs the general public has seen in which Raynor is unequivocally identified. 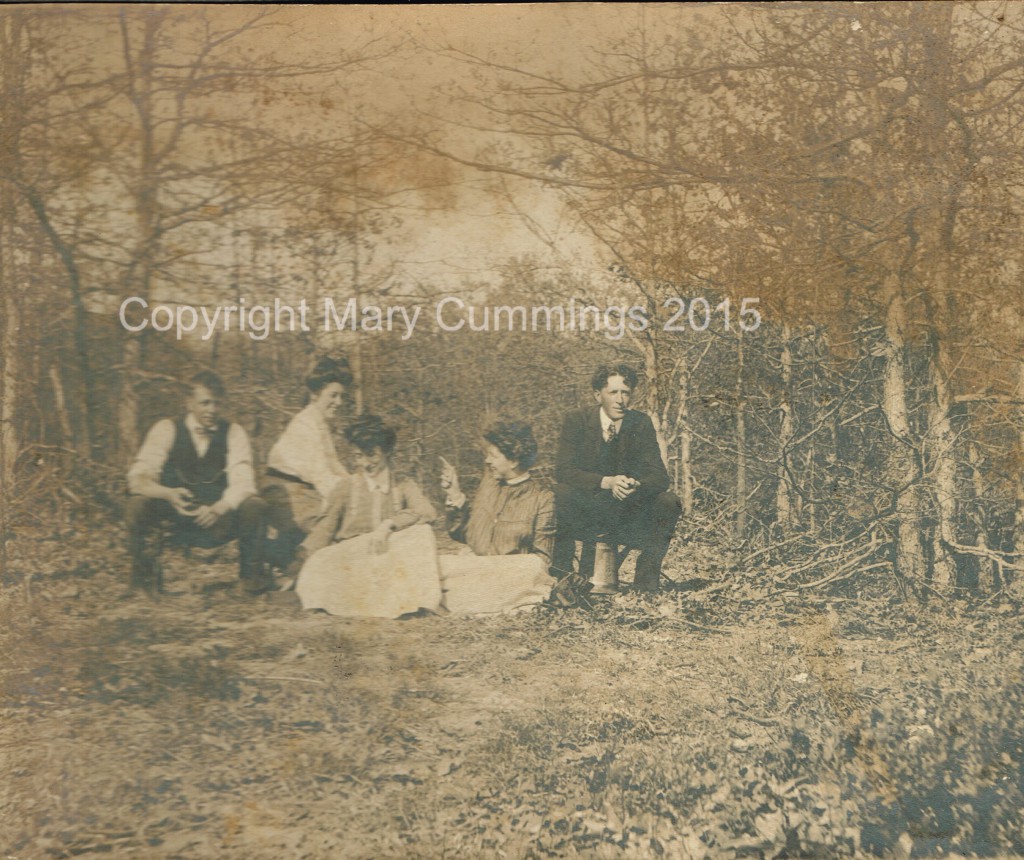 On a bright morning a few months back, Cummings opened a folder, while the two of us were seated in her apartment, and proceeded to show me images that few outside of her direct family have viewed. Most are of a young Seth Raynor and his wife, Araminta Hallock Raynor, nicknamed Minta, camping with three others including her sister Gertrude and Gertrude’s husband Gus Hildreth. According to Cummings, Gus Hildreth became Seth’s best friend and the two couples did much together.

When and exactly where the photos were taken and by whom is unknown.

In 2004, Cummings, whose middle name, Araminta, is after Seth Raynor’s wife, wrote a piece on Raynor for Hampton.com. that revealed some of Raynor’s life away from golf course design, including his camping trips. Cummings never knew Raynor; he died before she was born.

“In his leisure time, according to oldtimers who were later asked for their reminiscences of him, he liked to follow the local sports teams, an enthusiasm he shared with Gus Hildreth… . The friendship between the two men was a close one, making for a felicitous foursome whose good times picnicking and kibitzing are well documented in family photographs.”

A blurb from the Sag Harbor Express in 1909 chronicles one of Seth Raynor’s camping trips.

Then, camping met spending time at a cabin in the woods away from the world and for Seth and Minta, especially away from Charles Blair Macdonald, Raynor’s mentor.

According to Cummings, Macdonald was known to contact Raynor at any hour of the day, any day of the week. The cabins where the Raynors and Hildreths relaxed had no phones so Raynor was beyond the reach of Macdonald, the man who introduced Raynor to golf course architecture when he hired Raynor to assist with the construction of the National Golf Links of America in 1907. Over the next approximately 18 years, Macdonald would design or renovate about 15 golf courses with Raynor in charge of implementing the plans for every one.

As Cummings wrote of Macdonald in the magazine piece, “As one person who must have known him well put it, ‘if he hadn’t been such a distinguished looking, financially solid citizen, he might have been referred to as bull-headed. As it was, he was respectfully termed opinionated.'” 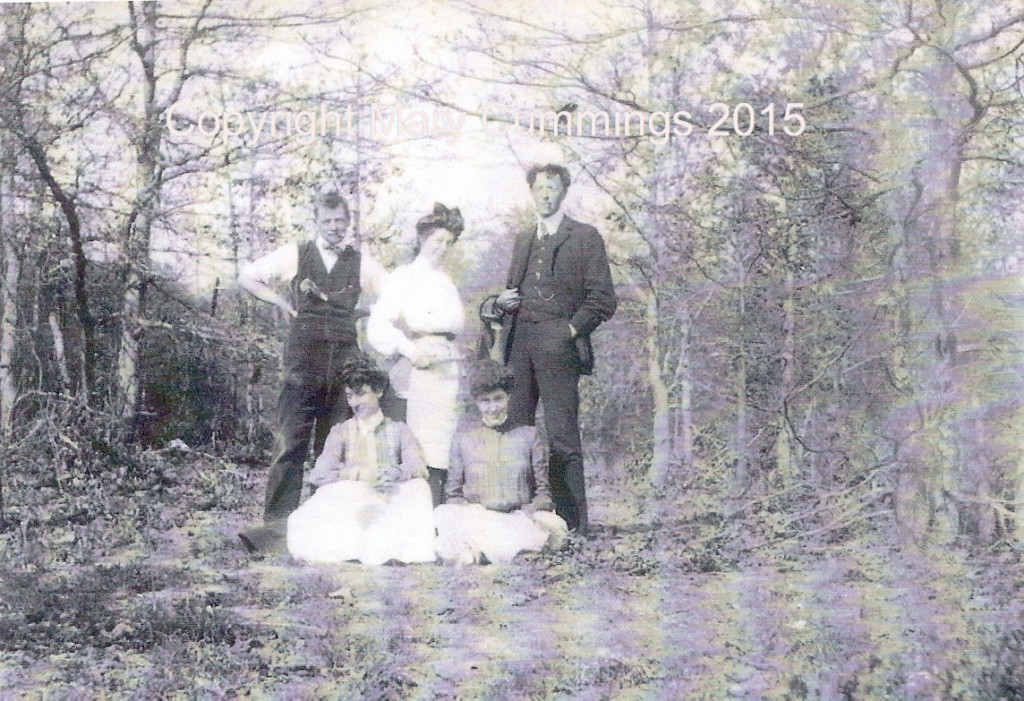 In 1914, Raynor also began working on his own.  His first design was Westhampton Country Club. He also renovated Nassau Country Club and the Misquamicut Club. From there his architecture career skyrocketed, interrupted for a short spell by World War One.

In most of the early Cummings photos Raynor looks relaxed. In one of the images shown here, he sits on what appears to be water pitcher, a cigar in his mouth. In the other, Raynor is holding the presumed pitcher and the cigar.

Of all the pictures in Cummings collection, Raynor only looks at the camera in one and possibly smiles in one other. In some of the photographs taken later, he seems stoic. Yet, as Cummings tells it, Raynor thoroughly enjoyed his time in the woods even though the younger set did not.

“While the photographic evidence suggests that the grownups—Seth Raynor, Gus Hildreth and the sisters they married—were having a wonderful time, my mother insists she was not. It was hot and buggy and there was nothing to do but row circles out in the bay,” Cummings wrote.

As I studied the photos once back at my home, I noticed that Minta was the opposite of her husband. She always looked to be having fun and had what appears to me to be a little mischief in her eye.

Pointing and smiling in one photo, a wry grin in another. In a photograph taken later in their life, Minta is in the foreground sprawled in the long grass looking into the sunny sky and, it appears, on the verge of a laugh. Her husband seated  next to her, face mostly in the shadow of his fedora, is tight-lipped. He looks away from the camera and into the dark woods as if deep in thought.

Cummings said her great aunt was fun to be around and fondly remembers visits to Minta’s house and how she always had presents for the children. Minta died when Cummings was 10.

The Cummings photos are important because Raynor remains the most mysterious of the Golden Era golf course architects. The images are merely glimpses of the man, but expand the view of him, nonetheless.  Raynor never wrote about golf architecture. There are only two known interviews with Raynor and his direct quotes add up to fewer than a hundred words. He and Minta never had children, contrary to what the book Evangelist of Golf suggests, so that there were no direct descendants to preserve his legacy. A precious few Raynor course drawings remain, yet the projects he was involved with continue to mount and now close to 70, a remarkable number considering Raynor’s solo career lasted 12 years. He died in January of 1926 at 51.

Cummings, who works at the Southampton Historical Society and authored the book  Southampton in the Images of America series, understands the frustration of those researching Raynor, how even the smallest morsel is a significant find, another piece in a large puzzle that is far from complete.

“I wish I had known my great uncle was a famous architect when I was young,” Cummings told me with a smile. “I would have asked more questions.”

(Both photographs are copyright Mary Cummings 2015)