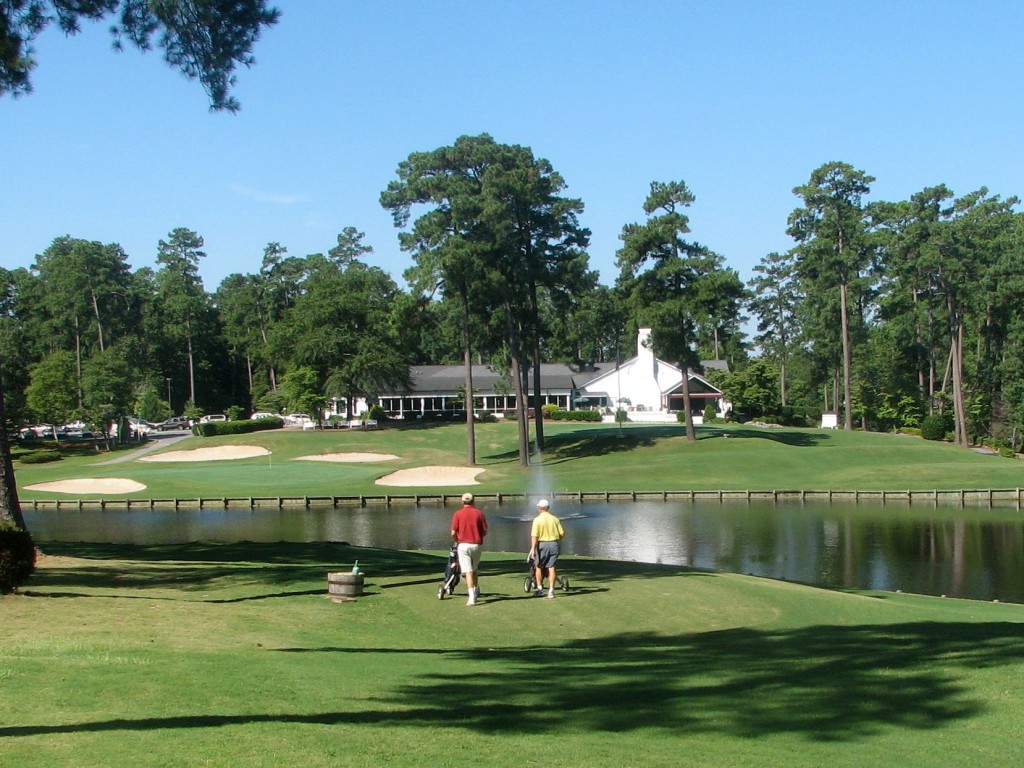 John McConnell, President and CEO of McConnell Golf, said both family legacy and the rapidly growing eastern North Carolina market played a major role in the transaction, which he described as a partnership between his company, the neighborhood homeowners association — Brook Valley Holdings — and the Taylor family, which owned Brook Valley.

“This is collaboration among three parties to keep the club alive and thriving,” McConnell said. “It’s a community effort to preserve this asset that was in potential danger of being lost.”

The late Carlton Taylor — an original Brook Valley investor, who McConnell knew from working together at the Burroughs Corporation years earlier — bought the club and merged it with Greenville Country Club.

Taylor passed away in 2010 and earlier this year, Greenville Country Club decided to return the property to the Taylor family to eliminate the debt obligation. At that point, Brook Valley — designed in 1966 by famed North Carolina golf architect Ellis Maples — faced a potential shutdown.

“Brook Valley could have been a development property if three parties hadn’t joined forces,” McConnell said. “Carlton Taylor’s son-in-law, Donnie Bunn, is the trustee of his estate and the neighborhood association is led by Rick Winkler.

“The Taylor family wanted to keep it going as a country club and not build houses on it,” said McConnell. “I can appreciate that. With the neighborhood’s enthusiasm and the family’s legacy and Carlton’s legacy being so important to his heirs and to me, we decided to do the deal with his family.”

McConnell said his company was excited about expansion into what they consider a rapidly bourgeoning eastern North Carolina market, particularly around East Carolina University.

“The more I’ve looked at Greenville the past five years the more I’m impressed with what they are doing there with the university and the med school,” McConnell said. “We consider the whole region a future growth market.”

McConnell said his company plans numerous improvements to the Brook Valley facilities, with the goal of transforming Brook Valley into one of the finest clubs in eastern North Carolina — reflecting the finest quality for which the McConnell Golf brand is known.

“We are going to make major investments into the property to upgrade it to a McConnell Golf type facility,” he said.

McConnell Golf’s acquisition of Brook Valley is also expected to create real estate value for the 600 houses in the neighborhood. “Having the neighborhood rise up and show that they are supportive and willing to become members was really a determining factor,” McConnell said. “The neighborhood is committed to purchasing memberships and supporting the club and helping recruit others in the community. That’s huge.”

“Everyone is very excited for Brook Valley to have a plan, especially that the club is going to be saved,” said McConnell. “It is a nice fit for our network of clubs.”