Now in his second four-year term as mayor of this charming South Carolina town, Donnie Hilliard has big plans for continuing growth in a place widely known as “America’s Value Golf Destination.”

SANTEE, S.C. (September 2015) — For more than a half-century, traveling enthusiasts making their way through South Carolina along Interstate 95 — often with golf clubs close at hand — have enjoyed staying in Santee, S.C. Through the years Santee, which is located almost exactly midway between New York and Miami, has become known for its excellent golf, superb fishing, affordable accommodations and outstanding food and entertainment.

Despite not being able to play much golf anymore, Hilliard said he is always looking to improve the destination for golfers. Hilliard recently sat down with Travelling Golfer contributing writer Brad King to discuss his second-term plans in Santee.

KING: Tell me about Santee, S.C.

HILLIARD: Santee is a little community — I-95 splits our town in half. What the founding fathers — and God bless their souls, most of them are gone now — they saw what I call this ‘Mecca,’ where everyone off I-95 would come and create all the economic activity that they wanted. It’s not that any more. People use I-95 as a thoroughfare to get to Hilton Head, Orlando, Florida, what have you. If you get tired stop in Santee and use the hotels. We have something close to 900 hotel rooms and a permanent population of just 950 people. That’s within the town corporate limits. But in what I call the 29420 zip code we have 5,000 (people).

KING: Did you grow up in Santee?

HILLIARD: No, I grew up about 15 miles away in a little town called Holly Hill. Santee is my father’s hometown. I moved here 10 years ago — just my wife and me. I came to settle my father’s estate and I liked the little community. When I retired from being a county administrator and later as CEO of a community health center I built a house on Santee National Golf Course. I was going to call myself retired and play golf every damn day. But after a while, that got old.

KING: How did you come to run for mayor?

HILLIARD: A lot of the folks were bugging me because they knew I was a retired administrator about running for mayor. So I decided to run for it and I did. That was four years ago. This time around no one filed to run against me, so I said, ‘Oh boy, here I am.’ Now my wife and kids are fussing at me because they say I spend too much time here and I am ruining the town because I work for a dollar and I just have fun. They say that the money they were paying the mayor and his administration, I’m using it to do a lot of marketing and stuff. I said, ‘Well they’ll get eight years of that and if they can’t go from there that’s their fault.’ My kids are complaining but the town is having a ball.

KING: Tell us about the challenges you’ve faced in your position thus far.

HILLIARD: We use golf as an attraction, but outside of golf we have nothing else. That’s the frustrating part. We are trying to develop something that can augment golf and also maintain the engine that generates most of our economy, and that is golf. We’ve got three golf courses in our town ourselves and there are three more about five miles away, so we became a golf destination to try to attract folks. We use most of our money to attract folks from the cold-weather areas and Canada. Once you get in for golf, a hotel room, a breakfast and maybe a supper, there’s nothing else. I’ve been trying to figure out how we can change that. We’ve been marketing golf and golfers — and it’s been good to us — but I don’t know that it’s going to be good to us in the next generation. That’s some of the things that I’m focusing on now and working on now. How we can find the amenities to sustain the golf and also add to the next generation those things that they want. How we promote that and how do we continue that are the things that I’m going to spend my next four years on trying to develop and put into place. That’s my frustration.

KING: I understand Santee is also known for some outstanding fishing?

HILLIARD: Lake Marion is one of the largest lakes in South Carolina and it’s here, right at our banks. Fishing is something we focused on for years but we found that we didn’t get an economic return from the fishing tournaments. The reason why we didn’t get an economic return was that most of the guys that fish and a few gals fish, they brought in their expensive campers and motorhomes or either they went down to fishing camps, which are right down by the water, so therefore the hotels and restaurants in town did not benefit from it. So the fishing tournaments did not get too much support from the hospitality association because they did not benefit from it. But those are the type things we are looking to include from time to time, along with the golf.

KING: So you are trying to figure out something to market other than golf and fishing?
HILLIARD: We are trying to figure out is what does a golfer’s wife or girlfriend do while he is playing golf. If they don’t think we have anything for them here, they won’t bring their wives or girlfriends, so we don’t have anything but a bunch of males and we are trying to figure out how to entertain the males at night. We need to be a more well-rounded community and figure out what the niche is that we need to attack to bring the spouses or girlfriends. We are not getting the couples at all. Women are the ones who really spend the money. The guys, they just want a golf tee time and that is pretty much it. I feel like if we can attract the women, we will automatically attract the males. Maybe I’m out in left field on that but I don’t think so.

KING: I hear you’ve got some very nice restaurants in Santee as well?

HILLIARD: The food is wonderful but we are limited to Clark’s Captains Quarters, and then the rest is mostly fast food. We don’t get complaints because Clark’s and Captains Quarters maintain that niche, so to speak, for the golfers.

KING: And you mentioned you’ve got plenty of hotel rooms.

HILLIARD: Yes, and we are trying remedy problems with some of the hotels that are starting to get a little bit of age on them. The franchises are saying either you step up to the plate and meet our new standards or you lose your franchise. So a lot of them are giving up the franchise and becoming what I call ‘mom and pops.’ So that’s something we’ve got to work on. But in the meantime, we’ve got flagship type hotels — everything from Clark Inn, to Holiday Inn, to Hampton Inn to Best Western to Howard Johnson’s — that we can still market and maintain.

KING: What else new is going on around Santee?

HILLIARD: We’ve got an investor to work with us on putting in a restaurant on the lake. That’s on the drawing board now. That will be another place to eat. But that’s something we already have an it’s not going to be something that will attract any additional people other than to give them another venue to go get some food. We have just opened a conference center that is managed by the town. It’s been open for about three years now. We can come up with some events to hold there and let the town sponsor them.

KING: Plans for your second term as mayor?

HILLIARD: I want to try to sell the town story locally. We’ve never done that to our local people within a 50 or 60-mile radius of us. We’ve just assumed that they know where we are. We are having an infusion of economic opportunity where we don’t really know what the impact is going to be because it’s outside of the town limits, but they are creating another exit into the town off I-95. We’ve got Exit 98 and now there’s going to be Exit 97 a mile away. Highway 301 used to dead end into I-95. Now it will end about a mile beyond town on a little fishing road called Hwy#6. It will become a full-fledged interchange off 95 where people can go north and south. That should be open in November, but I think it might be closer to January 2016. But it will be in the next 12 months. 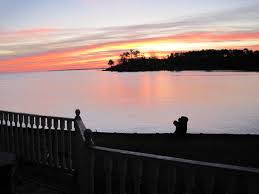 Travelers on I-95 have driven over Santee SC’s beautiful bodies of water, including Lake Marion, and often stop for the area’s fine golf.