Bolstered by a majority of the finest golf experiences in New Jersey and unlimited activities away from the course, Atlantic City is fast becoming known as one of the East Coast’s most sought-after destinations.

ATLANTIC CITY, N.J. (August 2015) — Incorporating the area’s proper parlance, it would be a safe bet to call Atlantic City one of the finest midsized golf destinations east of the Mississippi: A “Shore Thing” if you will. 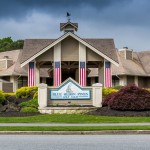 An easy driving distance from most of the major metropolitan areas along the East Coast, today Atlantic City offers a true golf destination experience — with plenty more to do beyond the golf course. Atlantic City regularly boasts half or more of the Top 10 New Jersey golf experiences, according to Golfweek magazine, representing a wide range of style, design and history — including golf courses to suit most any budget or expectation regarding conditions and amenities.

Actively promoted by the Greater Atlantic City Golf Association (GACGA), a marketing collaborative to promote Atlantic City has truly become a premier East Coast golf destination — with courses now established in the region for years representing an ideal vehicle to service golf travelers by making and securing their arrangements. Former NFL quarterback and ESPN analyst Ron Jaworski owns golf three courses in the GACGA area and he has become a great ambassador for the program.

GACGA has the advantage of being able to offer golfers a wide variety of accommodations — from budget rooms to full-scale suites, casinos, more than 150 restaurants and bars, nightclubs, 24/7 entertainment, beach, boardwalk — literally more off-course activities than any golf destination on the East Coast.

Golf history buffs should visit venerable Atlantic City Country Club — most recently restored by renowned designer Tom Doak around its 100th birthday — one of the nation’s great-granddaddies of clubs. ACCCs rich background alone makes it one of the East Coast’s finest destination courses, as does its spectacular setting along Lakes Bay overlooking the Atlantic City skyline. And the golf experience only improves in 2015 with newly restored greenside bunkers on Holes 4, 6, 8, 12, 15 and 17, a new halfway house and a significant clubhouse renovation.

Not to be outdone, Stockton’s Seaview Country Club is the site where of Sam Snead’s won his first PGA Championship title and is also currently host to the ShopRite LPGA Classic Presented by Acer. Brigantine Beach Links is where Harry Vardon and Walter Hagen would tune up their games before heading over the play the British Open.

Meanwhile, Twisted Dune Golf Club stands as quite possibly the most visually striking golf course in the Atlantic City golf arsenal. With its inland links representation, if one was sent blindfolded to any course in the state, this is the one that they’d recognize by its name most readily. That’s because every hole is so dramatic, you have nowhere to turn but in circles.

One local pro described Twisted Dune as the spot where “Phoenix meets Scotland.” Designer Archie Struthers moved two million cubic yards of earth to bring this remarkable course to fruition; creating a true taste of the Scottish Coast, right along the Jersey Shore.

Shore Gate Golf Club is the only layout in the Atlantic City area designed by a California architect firm, that of Ron Fream and David Dale. Though only a couple of miles from the beach, the landscape at Shore Gate is remarkably rolling. It also has a “vibe,” to put it more Jersey terms, that is similar to the state’s internationally renowned jewel, Pine Valley.

Though situated only a couple of miles from the beach, the landscape at Shore Gate is surprisingly diverse. “Everything (Fream and Dale) have done, they’ve done well,” said general manager Harry Bittner said of the design team. “The whole goal was to build a golf course that was pretty dramatic and different to give people something special — something they will remember. They had a really great piece of land with which to work.”

A bit closer to AC, sister course Blue Heron Pines Golf Club recently announced the grand opening of its 7 Tap & Tavern. The name of the new establishment originates from Jaworski’s jersey number worn during his long and distinguished NFL career with the Philadelphia Eagles, and the friendly new neighborhood tavern features craft beers, an exciting menu and an abundance of large-screen televisions.

Site of the Jaws Celebrity Golf Challenge, Blue Heron Pines is renowned for having not one, but two replica holes from famed Pine Valley, the New Jersey icon consistently ranked among the world’s best. Architect Stephen Kay patterned Blue Heron’s No. 14 off Pine Valley’s seventh and he similarly replicated a PV hole on his No. 10 offering. Kay also planned Blue Heron as a good walker’s course — more like a private club experience.

Opened in 1993, Blue Heron Pines’ mature layout is tree-lined, sports some nice water holes and has its share of strategically placed bunkers. The back nine is considered the more challenging of the two, though it is also the more secluded and makes for an extremely pleasant and peaceful conclusion to a round of golf.

In March, Atlantic City further cemented its status as one of the East Coast’s premier golf destinations with four of New Jersey’s top six courses and half of the top 10 in Golfweek’s 2015 “Best Courses You Can Play” rankings.

Away from the course, Resorts Casino Hotel was the first casino hotel inside of Atlantic City, and the first legal casino outside of Nevada. Buzzing with activity after the recent opening of Jimmy Buffett’s Margaritaville, its LandShark Bar & Grill is the only year-round full-service bar and restaurant on the sand side of the Boardwalk located on prime beach frontage at the site of the Old Steeplechase Pier. Resorts also features the world-class Gallagher’s Steak House.

“From the vibrant and exciting multimedia light and sound show on the boardwalk façade to the elegant upgrades we’ve made to the casino floor, we’ve taken the guest experience to a new level,” said General Manager Steve Callender. “We’ve even decided to introduce a brand new resort logo.”

In its first major renovation since 2008, early last year Bally’s Atlantic City unveiled its $5.6 million renovation and reconfiguration project to the casino floor. The overhaul included fresh carpeting throughout the gaming area, new chairs at table games and mirrored accents throughout the casino.

Of course, the Atlantic City Boardwalk features four miles of sun and fun just steps away from free, clean sandy beaches, and thanks to an expanded Ambassador program, visitors to the city are treated to a safe, informative and pleasurable experience. Visitors can also find an eclectic mix of amenities and activities along the Boardwalk from bicycle rentals, free volleyball courts and miniature golf to world-class casino hotels, dining, shopping and entertainment.

Indeed, word is quickly spreading that golf groups can visit Atlantic City and expect top-rated golf courses, hotels and casinos options, along with the best nightlife and fantastic restaurants. Learn more about all 17 Atlantic City courses and book your golf getaway at www.PlayACGolf.com.