Humorously described as two long beaches with a potato farm in the middle, Prince Edward Island, smallest of Canada’s 10 provinces, is a relaxing and readily accessible getaway.

For years the only way to reach this slim crescent of land in the Gulf of St. Lawrence was by ferry from New Brunswick or Nova Scotia. But the opening in 1997 of the eight-mile-long Confederation Bridge, the island’s only link to mainlaind Canada, literally paved the way to this amiable little province. Tourism has increased markedly since, yet the island retains its unhurried pace and rural sensibility.

Even before the bridge was built, the island’s best-know resident, Anne Shirley, a feisty red-headed orphan who is the fictional heroine of Anne of Green Gables, had a loyal international following. Her green-and-white farmhouse is a shrine for avid readers of her adventures, first published in 1908 by Lucy Maud Montgomery. 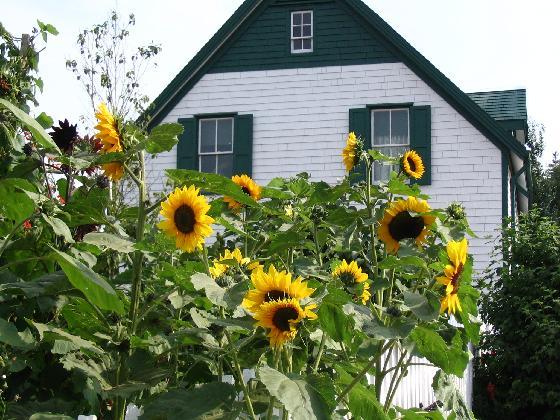 First-time visitors should make a beeline for Charlottetown, the charming capital city. It was here that the fathers of the Conferation met in 1864 to discuss a political-economic union that led to the birth of Canada three years later. The original settlement is a historic district of tree-lined streets, wood-framed houses and pubs that feature traditional Celtic music.

The people will remind you of those in Scotland and Ireland. Like most Maritimers, the island’s residents are very proud of their land and not afraid to express themselves. You’ll see it in their homes, which are painted in bright colors, and hear it in their speech, which is inflected with Scottish burrs and Gaelic brogues.

Despite its northern latitude, Prince Edward Island has some of the warmest salt water north of the Mason-Dixon line, with midsummer temperatures reaching 72 degrees F. The island’s sandy beaches, while popular, are rarely thronged. There is also the bounty of the sea: some of the sweetest lobsters in North America are drawn from these waters.

Lobster suppers, originally organized by churches to replenish parish funds, are a cherished island tradition. Churches still sponsor these suppers, but the concept has spread to family-run restaurants. Meals typically include a 1 ½-pound steamed lobster cooked in the shell, seafood chowder, potato salad and dessert. The island is known for its blueberry pie, though New Glasgow Lobster Suppers, a popular north-shore restaurant that’s been serving lobster dinners for nearly 50 years, is famous for its lemon meringue pie.

Because the 140-mile-long island narrows to isthmuses in two places, there are three distinct land formations on PEI—and a corresponding trio of scenic drives. All are clearly marked; each traces a portion of the coastline.

Blue Heron Drive, named for the great spindly-legged bird, begins in Charlottetown and forms a loop in the center of the island. At the route’s apex is Brackley Beach, one of many national park beaches stretched along the north shore. Backed by slabs of red sandstone and rolling dunes, the beach is washed by knee-high waves that gurgle into shore. The Green Gables house in Cavendish can be visited along this drive.

Charming Charlottetown is worth a stroll

North Cape Coastal Drive, a.k.a. Lady Slipper Drive, explores the sparsely populated western third of the island. This is Acadian country, home of the island’s original French settlers. The villages are small, the way of life traditional. The scenery is dramatic: coastal bluffs drop to rocky capes and deserted beaches. The drive swings near Malpeque Bay, its famously succulent oysters served raw on the half-shell, deep-fried or smoked.

The Kings Byway is a lovely thoroughfare that meanders across the island’s pastoral east end. Acres of potatoes rooted in red clay soil give way to dairy farms and strawberry fields. Waterfowl can be observed at bird sanctuaries, while fishermen can angle for rainbow trout in the Sturgeon River. At the northeast tip of the island is North Lake, the self-proclaimed ‘tuna capital of the world.’ The quarry here is giant bluefin tuna, a game fish craved (perhaps too much) by sushi-lovers.

Fresh air and exercise? PEI’s Confederation Trail is part of the Trans-Canada Trail, which is built on historic rail lines. The trail, graded with fine gravel for easy walking and cycling, crosses streams and tunnels into the woods.For a special lodging experience, book into Dalvay By The Sea, a grand wainscoted mansion circa 1895 located a short drive east of Charlottetown. Situated within the national park, this gabled Tudor fantasy overlooks an expansive lawn set with Adirondack chairs. Across the coastal parkway is a beautiful beach (sand toys available). The resort, which lays a fine table at dinner, offers 26 guest rooms and eight contemporary cottages. Dalvay is also convenient to The Links at Crowbush Cove, one of the very best golf courses in eastern Canada.

Developed by the provincial government, the 6,903-yard course, inspired by Scottish and Irish links layouts, was designed by Toronto-based Tom McBroom in 1993. Roughly half the holes skirt rolling sand dunes near the sea. Interior hoels circulate players among salty marshes and a thick spruce forest.

Scenery-wise, the peak moment at Crowbush comes at the par-five 11th, its back tee perched on a tall dune. From this vantage point, players can scan for miles along the sandy coast, the languid gulf issuing a cool, delightful breeze all summer long. It is one of the prettiest spots on an island that offers a rare commodity in the modern era of travel: tranquility. 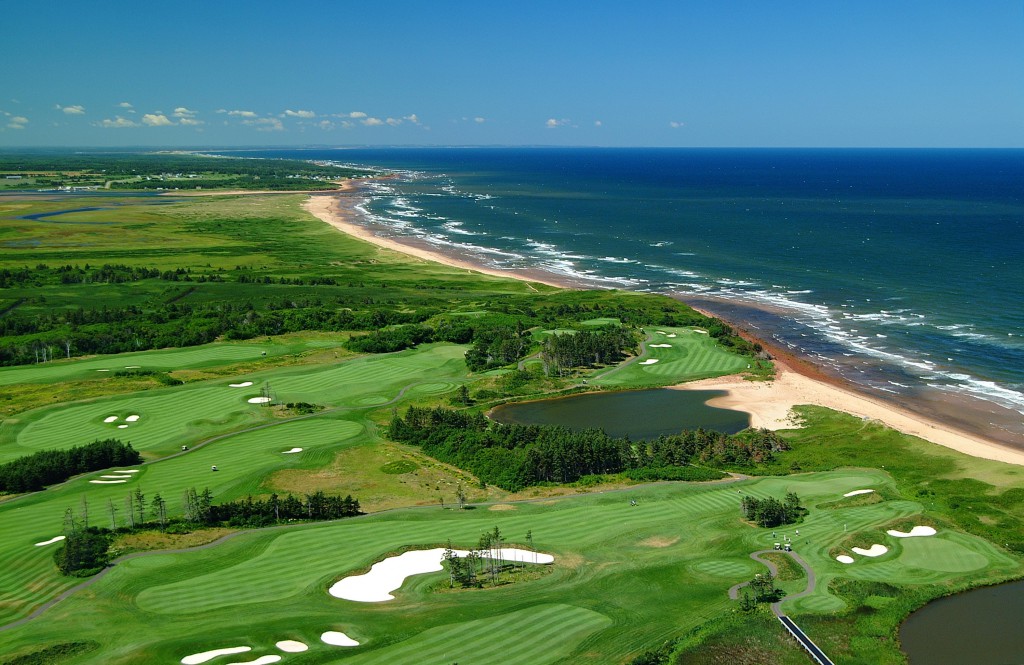