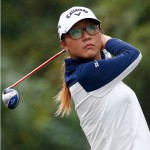 Ko, was 17 last April and set the record for the youngest LPGA Tour player to win $1 million during the regular season and took home the Rolex Louise Suggs Rookie of the Year award. In addition she’s the first to reach $2 million and earned the most in one day of any female golfer by winning $1.5 million–the season long Race to the CME Globe for a cool million and the season ending CME Group Tour Championship over Greg Norman’s Tiburon Course in Naples, Fla. for half a million. She may not own a car…yet, nor a driver’s license but what the diminutive Miss Ko does have is a big smile and a stellar golf future. Does she remind anyone else besides me of another teen sensation named Nancy Lopez?

The PGA of America’s lost the Ryder Cup (again) and it’s President after he made what were labeled “insensitive” remarks on social media about Ian Poulter. Most thoughtful observers considered Bishop incredibly inept or stupid or both to engage in such immature juvenile name calling. Then of course there was the predicable over-the-top reaction by certain media-types and a few supersensitive individuals…overwrought comes to mind. Bishop was fired but the fact is there were only a few weeks left in his tenure as president. All in all though removing Bishop from the top position of golf’s most important organization was a very good thing.

Whaley Moves Through the Chairs 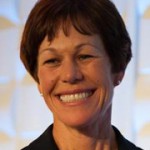 In a related but much more important story, Suzy Whaley joined the board of the PGA of America as corporate secretary, the first woman so elected. The implications for the organization, golf in general and women’s role in the game are nothing but positive. Whaley, a Connecticut teaching professional, has game as well, in 2003 being the first women for nearly six decades to qualify for a PGA Tour event. Presuming all goes as planned she will “move through the chairs” and become president of the PGA in 2018. 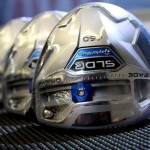 From its introduction late in 2013 the SLDR from TaylorMade Golf more than dominated driver sales in 2014, it simply blew away the competition so the question of course is can the company do to follow up and maintain its industry leading position. They have a new SLDR (2-sliding weights rather than one) but returned to an old brand series, calling it the R15. The SLDR was (and still is probably) the longest driver by any objective measurement so consumer’s flocked to buy, but by fall the frenzy had tapered off. The best-selling driver in September was Ping’s G30 plus rival Titleist has a new 915 series attracting lots of attention and Callaway Golf seems to be refocused at last on regaining the number one spot TMaG took away from them.

Is it just me or does the PGA of America sending the problem of Team USA’s series of biannual Ryder Cup losses (8 of the past 10) to a committee smack of “a camel is a horse designed by a committee?” We will have to see what the group of golf insiders comes up with but both Tiger and Lefty are committee members and “warm and fuzzy” in no way describes their relationship. 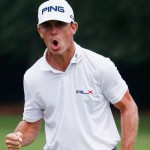 Who doesn’t like Billy Horschel’s intensity and will to win and as he amply demonstrated in 2014 he has game. Just take his results in the month of September. The first weekend he ties for second at the Deutsche Bank Championship ($597,000), the second he won the BMW Championship ($1.4 million) and finished off with the TOUR Championship by Coca-Cola (another $1.4 million). Dumping his approach on the 72nd hole at the Deutsche Bank to all but hand Chris Kirk the win might have devastated a lesser man but Horschel rose to the occasion taking the final two playoff events and the FedEx Cup. 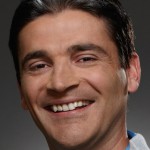 It seems as though stories about the largest equipment company dominated the business coverage this year but the changing of the guard at the top of TaylorMade-adidas Golf will have the longest shadow. With Mark King, the man who took TMaG from being a pretty good club maker to market dominance, moving up to head Adidas North America his replacement Ben Sharpe has his hands full. TMaG has an innovative history of game changing metalwood designs but has engendered strong negative emotions among retailers and golfers not to mention its competitors for its aggressive marketing and product introduction cycle. It will be interesting to see how Shapre’s “Playbook 3.0” is implemented but right away he is committed to making the Adams brand focus on recreational golfers keeping TaylorMade’s products fulfilling the wants of low handicap players. 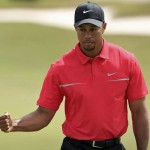 The saga continues with 2014 for Woods being a total disaster golfwise. As most know his injury-caused playing record for the year was enough to drive a lesser mortal off the Tour into a club job. Seven starts, zero wins, two WDs, two missed cuts, etc. As has been said by this writer many times, the game of golf and the business of golf needs Woods to be healthy and competing and winning. So now with Chris Como as Woods’ latest “swing consultant” and a healthy body we will wait to see if his mental game is as repaired as his surgically repaired back.

Just looking at the prize money on the LPGA Tour under Commissioner Michael Whan shows the LPGA Tour is not only healthy but growing. Aided by wins from fan-favorites Michelle Wie (finally, a U.S. Open), Stacy Lewis, Lexi Thompson and rookie sensation Lydia Ko plus Mo Martin’s 72nd hole eagle to win the British Open is it any wonder the ladies drew record crowds and more TV viewers than the Champions Tour? And by the way, in the absolutely best indicator of how the Tour is doing, the schedule is now 33 tournaments…a gain of ten from just a few years ago. 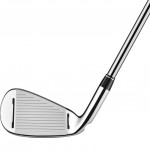 This listing of best stories for 2014 may seem like a paean to TaylorMade-adidas Golf but being at the top makes them the focus of lots of attention. Plus there’s no better reason than what very well may be a game-changing iron design, the RSi. The technical details have been thoroughly covered but the addition of slots to the RSi face is significant, both as a potential for helping golfers with their off center hits but more for the demonstration of TaylorMade’s ongoing R&D leadership.