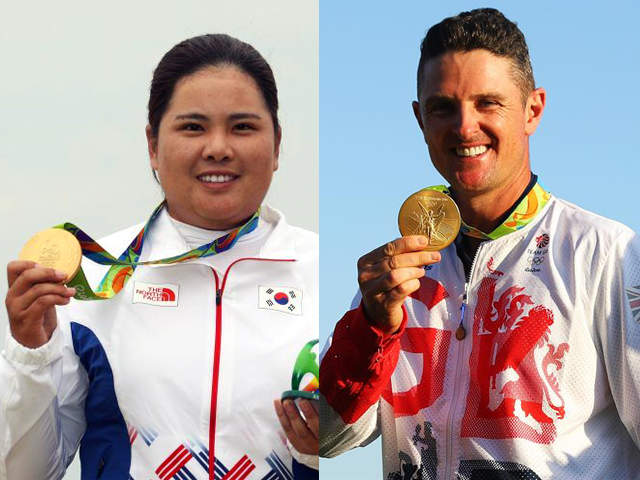 Olympic golf was a smash hit but will that success help to accomplish the goal of those who believe the inclusion in the XXXI Olympiad summer games could result in significant numbers of people taking up the game? Will the Olympics reverse golf’s decline in participation?

There is no question how much being on the Olympic stage meant to each of the 120 who played. It was an experience of a lifetime and each felt some of the magic of being on the world stage.

Got it. Understand it.

However, the cynic in me doesn’t get how the hoped for mystique surrounding golf returning to the Olympics will somehow solve the steady leakage of players from the game. All that was missing from the Golf Channel’s coverage was the shot of a kilted bagpiper marching over a dune into the mist at sunset playing “Scotland the Brave.”

One of the primary reasons, indeed the biggest reason, the push was made to again have Olympic golf was the worldwide exposure would somehow help “grow the game.” Well, golf is already a worldwide sport with a history of championship play older than the Olympics so if you’re looking to showcase the game an Olympic field of just 60 players is ridiculous.

If its exposure we’re after let’s have the best in the world playing, a Team USA and a Team Great Britain and a Team China competing together not as individuals. Excepting the final round, individual play turned both events into just one more 72-hole march. Hasn’t anyone heard of a two player scramble or alternate shot? Both could be done with the total score counting for four rounds maybe with one round of individual play.

Regardless even if those changes are made we are left with the sobering question. Will any of those who watched Olympic golf, perhaps seeing the game for the first time, take up the game?

It might happen but in any appreciable numbers is inconceivable. One interesting outcome worth watching though is the effect Shanshan Feng winning the Bronze will have in her home country of China where the population is more than four times the U.S.

Developing countries with their large number of non-golfers are said to have a great potential for new players but generally they struggle to feed and house their people. They certainly don’t have the money to create programs for newbies to say nothing of building golf courses. This would seem to make an insurmountable problem for all the “grow the game” folks.

By now we should have figured out people play golf for a variety of motivations stemming from their own character, social needs and culture plus of course that’s assuming they have the time and can afford it.

Golf in the Olympics changes none of those things.

Millions of us golf nuts were thrilled to see the competition and hope in four years it will be even better but thinking that Olympic golf is going to somehow cure the industry’s participation ills is unrealistic. It’s not going to happen.