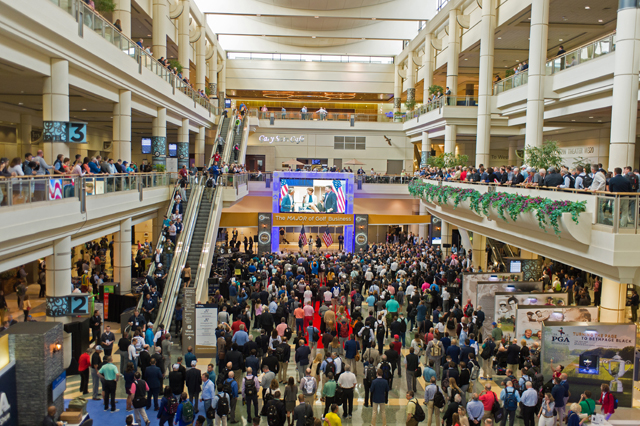 Rumors and hyperbole are as much a part of the annual PGA Merchandise Show as the lines for morning coffee. This report though is about our view of the more significant information about the Show and the industry gleaned during four days from Tuesday’s Demo Day through Friday’s closing. 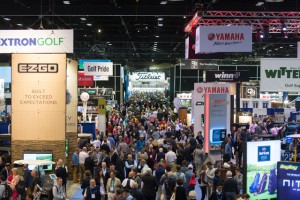 Though the PGA has not yet released attendance figures the mood among the 40,000 plus at Orlando’s Orange County Convention Center was positive but truthfully that can be said most every year. There is a basis for this view but first a bit of reality.

The number of courses in the U.S. continues to decline even after the opening of a few high-profile venues and many continue to be undercapitalized, inefficiently managed and ineffectually marketed. The root cause is the continued slowing of in the “engine” that drives the whole industry, the number of rounds played. Rounds in 2018 were lower by almost 3 percent though the “glass is half full” guys say a major reason was poor weather in many parts of the country. The real point is the number of golf rounds and golfers at the very, very best is holding its own but more probably both continue to decline.

On the plus side the number of “core golfers” is relatively steady and according to figures from The NPD Group equipment sales increased 8% with consumer spending estimates for 2019 also showing a positive trend. Bolstering this are Callaway Golf’s (NYSE: ELY) almost 30% sales growth through the quarter ended Sept. 30. and Acushnet’s (NYSE: GOLF) 6.7% increase for the same period. 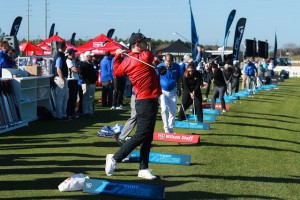 Retailers present in Orlando agreed hard goods sales have shown a marked improvement with Dick Sullivan, CEO of PGA Tour Superstore, pointing out 2018 sales set company records with the trend expected to continue through 2019. The biggest of the big boxes Dicks Sporting Goods (NYSE: DKS) does not break out golf equipment sales but it can be assumed their year reflected the general upturn.

Two other factors need to be mentioned starting with club prices. From being stuck in a narrow range prices are now starting to trend upward lead by PXG, XXIO and Honma with major manufacturers following. Callaway’s new Epic Flash driver has a MSRP of $530 compared to $500 for 2018’s best-selling Rogue and TaylorMade introduced the M5 and M6 drivers carrying MSRPs of $550 and $500 respectively which are $50 and $70 more than the previous M3/M4. Family-owned PING announced the G410 driver line with a likely street price of $500, a $100 over the 2018 G400.

The other important point is assessing the influence of Top Golf, Drive Shack and others of their category—essentially sports bars with hi-tech driving ranges—that continue to grow exponentially. Top Golf has 51 locations with more opening monthly and Drive Shack targets having 15 open in 2019. The attraction to non-golfers is both cultural and experiential but the question is how many of the millions hitting golf balls off a platform towards stylized green targets or in cocktail lounges with golf simulators will be converted to play on a real course.

A rough gauge of the industry’s health is the number of Show exhibitors and the relative numbers across industry segments. Total exhibitors remain about the same year to year, in the range of 1,000, and a healthy 147 were new for 2019 but that also means roughly the same number dropped out. The greatest number of companies exhibiting are always in the apparel, accessories and services segments and they take up roughly two-thirds of the Convention Center floor.

The largest booths in the equipment area were Callaway, PING and Acushnet followed closely by Cobra Puma who took the largest display space they have ever had. Mizuno with plans to make a strong effort this year in metalwoods was back on the floor after a 16-year absence and Tour Edge Golf significantly increased their prominence by moving to the center of the floor and doubling the size of their display space.

Individual company strategies account for whether they choose to be in attendance and this year PXG, Honma and TaylorMade Golf were the best-known manufacturers among the no-shows. Although TaylorMade is a PGA Show stalwart their opting to not exhibit is not too surprising as they are now owned by a venture capital company and presumably closely watching their expenses. For market leaders the Show is a two-comma cost and most have taken a hiatus from exhibiting over the years.

An example of the broadening and inclusiveness the Show has come to represent is the 75 instruction, fitness and sports performance present with a packed schedule of presentations in partnership with the Titleist Performance Institute. For the first time the 2019 Racquet & Paddle Sports Conference was part of the week with a pickleball demonstration by PGA Hall of Fame instructor Hank Haney. A special area of the floor put the focus on adaptive golf with exhibits and best-practices plus the National Golf Course Owners Association announced it will move its annual meeting to Orlando in conjunction with the 2020 PGA Merchandise Show. Finally, remembering the primary purpose of this annual industry get-together is to educate and support those guys and gals on golf’s frontlines, the PGA Professionals, there were almost 60 continuing education seminar sessions covering a range of topics from “Sell More Tournaments & Outings” to “The Anatomy of a Lesson.”

So, we are left with the same question we have every January après Show, is the industry healthier and what is the prospect of long-term growth?

In our view the answer is “yes” but with some major areas far from clear since everything in golf is tied to golfers and rounds. As the economy continues to be robust per capita spending for clubs and balls will get better with one of the most respected analysts, Jon Last of Sports & Leisure Research Group, predicting for 2019 a 25% surge in per capita spending.

All this and dozens of other perspectives from the 2019 PGA Merchandise Show leave a positive view of the coming season. Rounds played should recover over the previous year and gear sales will grow incrementally not spectacularly.