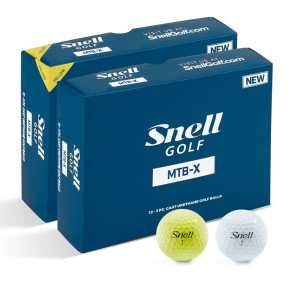 There’s always a risk when a company tries to improve on a popular product. However, Dean Snell of Snell Golf is not against taking chances if it means a better product for the fiercely competitive golf ball market dominated by Titleist and their flagship Pro V1 and Pro V1x models.

In its fifth year, Snell Golf’s latest challenge to the Titleist number one position is a redo of the MTB Red and named the MTB-X. (As an aside, MTB stands for “My Tour Ball.” Clunky to say the least and which thankfully appears to have disappeared from the company lexicon.)

There are several important differences between the two starting with the Red was a 4-layer construction and the X is 3-layers. Both have cast urethane covers but the X sports 360 dimples, the same as the other current Snell tour-category ball the MTB Black, compared with Red’s 338.

MTB Red was designed for increased spin on approach shots, but feedback from players said some felt it “ballooned” in the wind with an attendant loss of distance off the driver. The X is constructed to maintain the short iron spin for scoring shots and fix the distance issue.

By dropping the Red, Snell still has two tour-category balls in their lineup the MTB-X and MTB Black. The Black has lower iron spin than the X and targeted for play by better players who can effectively control the spin on their irons. In the X driver distance has been increased to be the same as the Black and iron spin was added to increase control. In summary the X has firmer feel (85 to 90 compression) and higher approach shot spin while the Black exhibits softer feel (75 to 80 compression) and lower approach shot spin.

The MTB-X compared with the Red has a smaller core which gives lower driver spin and better ball speed but since the launch angle of the X and the Red is similar the carry distance of the X is better. With a smaller core, as one would expect, the mantle is thicker producing the firmer feel and helping with more spin in mid and short irons.

Perhaps the less obvious difference though is the effect of increasing the number of dimples which made each smaller. Smaller dimples mean the X is less effected by the wind and can be thought of an “anti-ballooning” precaution. They also mean a more stable flight because of less aerodynamic lift and drag.

Snell has impeccable ball-design credentials including being part of teams that came up with some of the best golf balls ever. He was at Titleist working on among other models the original Pro V1 and then at TaylorMade for the first 5-layer ball, the Penta. He is passionate about golf and the contribution he and his company can make producing golf balls that do not take a backseat to any other ball and sell for a significantly lower cost.

Snell Golf uses an online direct-to-consumer business model that eliminates several layers of from the typical green grass/big box way of selling golf balls plus Snell doesn’t have the added expense of paying for endorsements by touring professionals nor multimillion advertising campaigns. 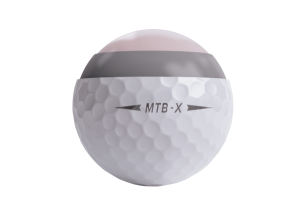 The result from a golfer’s standpoint is a high-quality tour-category golf ball at a price that’s one-third less.