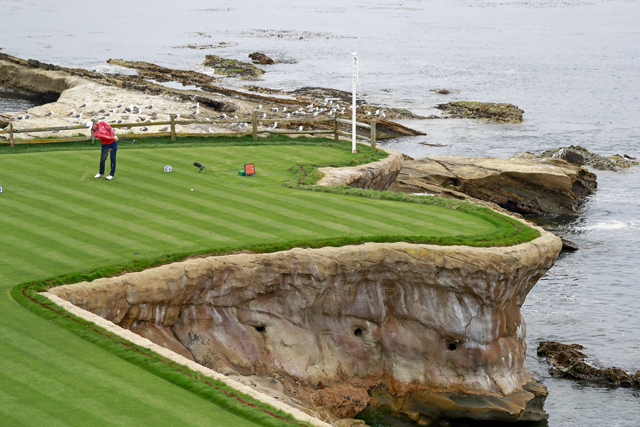 Fans had the opportunity for a great show—U.S. Open week on the Monterrey Peninsula and they weren’t disappointed.

Or put more simply with John Bodenhamer, the Association’s senior managing director of championships, taking over Pebble Beach’s setup from CEO Mike Davis would the players be allowed to just go out and play? Could the memories of 2018 at Shinnecock Hills or the year before at Erin Hills or 2015 Chambers Bay be erased? Plus, those with even longer memories will remind us of other double bogey performances such as the greens at Olympic Club in 1998 and those at Shinnecock Hills when the Open was first held there in 2004.

And as long as we are dredging up the past there was the fiasco over whether to penalize or not penalize Dustin Johnson for purportedly causing his ball to move on the green during the final round in 2016. Inept is a reasonable description of the how that was handled.

For USGA supporters these are can be painful to recount but let’s face it, the USGA needed everything to go right at Pebble Beach. The only reasonable goal had to be restoring a little respect and quieting the derisive calls of being out of touch plus exhibiting excessive hubris in course setup and omniscience in weather forecasting.

In 2018 the Saturday debacle at Shinnecock Hills from burned-crisp greens made play a not very funny joke and you will recall a five-time major champion batting a moving ball in frustration. Phil Mickelson should have been disqualified but rather the USGA chose to highlight the incident by giving Lefty a two-stroke penalty turning the whole thing into a scene from Caddy Shack. 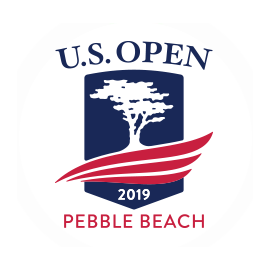 It didn’t seem to be enough for them to simply narrow the fairways, grow the rough a little, maybe move back a couple of tees, tuck the pins and make green speeds a little faster than Tour-typical.

They act as though par must be protected but if you think about it that’s an irrelevant concept. Until we start giving everyone a trophy because they “tried hard” what counts is still the lowest number of strokes not the number of strokes over or under par.

What difference if the entire field makes birdie or better on a hole or if they double bogey or worse?

We all know what happened this year was a little like a call in the NBA of “No blood, no foul.” There were no rules brouhahas and the USGA got a break with the weather. Cool temperatures and almost no wind with rain early in the week making the greens soft and relatively receptive while the lush rough was just what a U.S. Open should have.

Phil Mickelson in contrast to his ball-batting illustration of course conditions at Shinnecock in 2018 told Golfweek on Saturday, ““I think the biggest thing was pin placements, instead of putting them right on the edges they were in good spots, rewarding great shots. I can’t say enough great things about how this week has gone so far. And I’m appreciative to the effort they’ve put in and for the opportunity that I had this week.”

So, we should congratulate the USGA for getting it right. No rules mess ups and praise from the players. Go figure.

In Case Anyone Should Ask Las Vegas odds on Thursday: Koepka 15/2. McIlroy and Johnson 8/1. Woods 9/1. Spieth 16/1. The eventual champion Gary Woodland went off at 66/1 which again illustrates the futility of trying to pick a winner. But you probably did better than those who like me picked Lefty at 50/1 to complete the career grand slam.

The number of professionals and amateurs with a handicap of 1.4 or less hoping to play their way the field totaled 9,125 nowhere near the record of 10,127 in 2014. Half of the 156-man field got in through exemptions such as past champions leaving 78 spots for the 9,000+ hopefuls.

Fox commentators and the Golf Channel’s wrap around coverage neglected to mention Pebble Beach Golf Links as setup for the Open had a course rating of 76.4 and a slope of 149. A course of average difficulty has a slope of 113. Chances are my Saturday foursome would have trouble breaking 100 or probably 110.

Speaking of Fox. Critics of the Fox commentators and camera work seems to have substantially decreased. The few still beating the drum against Fox are either holdovers from the first U.S. Open broadcast in 2015 with Greg Norman or making noise for the sake of making noise. Also, viewership was up substantially and probably only partly related to Woods playing well the first two days.

Tiger Woods disappointed fans and himself plus there appeared to be more than a little problem with his neck. Reports are we won’t see him until he tries to win his fourth British Open next month.