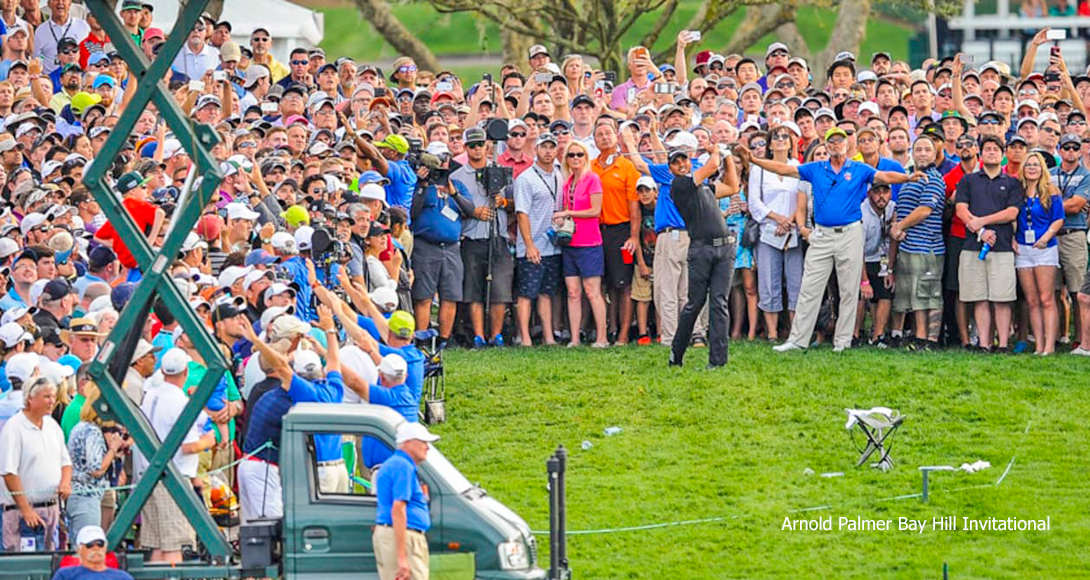 The past two weeks have had their share of significant golf news starting with Lee Elder’s death followed by Tiger Woods’ revelation that even made the national morning shows, his days as a full-time touring pro are over. Both stories pushed the PGA Tour’s announcement of a $60 million increase in prize money next season to $427 million out of our attention but did leave unanswered questions concerning the most significant factor in professional golf.

So, what is that factor? Is it stars like the incapacitated Woods or the seemingly ageless Phil Mickelson or future Hall of Famer Dustin Johnson or even the resurgent Jordan Spieth? Could it be the often thrilling mano a mano competition? Or maybe it’s our vicarious enjoyment as the best in the world tackle those tough tests of golfing skill, courses such as Pebble Beach or St. Andrews?

No, none of these are even close. To paraphrase a former U.S. President, “It’s the fans stupid.”

Fans provide the cheers between beers, purchase tickets and food and souvenirs not to mention working millions unpaid hours to run every PGA Tour event which provides massive support to local charities.

Professional golf is an entertainment business, and the paying customer must be considered in almost every decision from broadcast rights to Porta Potties.

The jump in Tour prize money has little to do with the fans but everything to do with the potential challenge from tours catering to elite-players only. The Super Golf League headed by Greg Norman with backing from LIV Golf Investments is funded mostly by Saudi Arabia’s Public Investment Fund while the separate Premier Golf League boasts it has no Saudi money saying that they want to “cooperate” with the PGA Tour and DP World Tour which formerly was the European Tour. The newbies are offering guaranteed pay to top players with yet unspecified tournament formats, but team play is a definite possibility.

In addition to the increased tournament payouts the PGA Tour is upping the FedEx Cup yearend cash to $75 million, the Player Impact Program to $50 million and the Comcast Business Tour to $20 million. So, in case your keeping track that’s another $35 million however this money goes mostly for the top stars and certainly does nothing to improve the fan experience either in person or on television.

Tournament attendance and broadcast viewership drives the PGA Tour’s negotiations with sponsors and advertisers as well as the level of prize money. And just so we all understand the scope of the dollars involved, the new nine-year broadcast rights agreement going into effect in 2022 pays the Tour in the neighborhood of $700 million a year.

A nice neighborhood but fan-less. The question yet to be answered is how do fans make out from all these multimillions?

Should, as is speculated, the Tour add fall (read after the start of football season) team events? Is this spreading the product too thin? Ask yourself, who would you rather watch, the Fortinet Championship at Silverado or Lefty trying to hit through a cactus in the desert?

A biggest danger is the new circuits, the Super Golf League and Premier Golf, will cannibalize players and fans from the established American and European tours. This won’t grow the interest in professional golf simply dilute what is already there.

Generally, the most avid and interested golf fans are those who play and feed their love of the game by attending events, watching on television and following on social media. This makes it obvious to build and ensure their fan base the PGA Tour must get even better bringing more players into golf whether they are old, young, juniors, women, men or those with special needs.