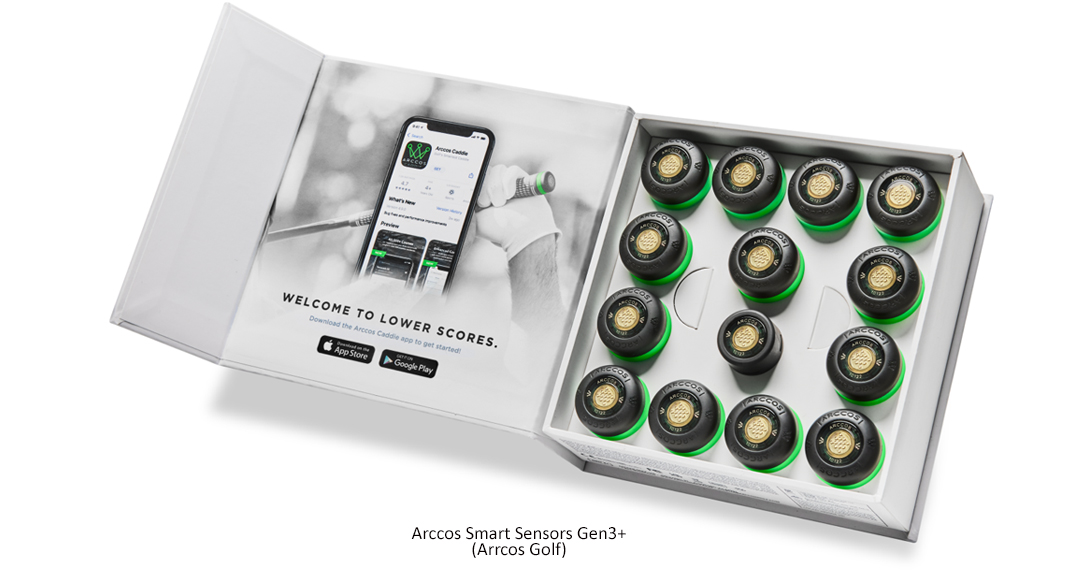 WYNTK
The benefits of accurate tracking of your shots during a round include being able to analyze club distances, where shots are lost, what we do well and not well plus other data useful for becoming a better player.

Arccos, a leader in automatic shot tracking, has updated and refined their Smart Sensors with the Gen3+ version. Paired with the Arccos Caddie app, which also includes a GPS distance screen, swing data is recorded allowing in-depth strokes gained analysis, now for each club as well as accurate distances for each club and A.I. club suggestions for each shot.

The sensors which screw into the butt end of the club’s grip are both smaller and lighter than previously and the P3 Putter Sensor is especially suited for pistol-style grips.

“Arccos is the world’s #1 automatic shot tracking system and we’ve made it even better with these technological improvements,” said Sal Syed, Arccos CEO and Co-Founder. “Arccos now captures 98% of all tee shots and delivers the most accurate shot tracking experience the game has ever seen.”

A one-year membership to the Arccos Caddie app is included with purchase with subsequent years billed annually for $12.99 per month.