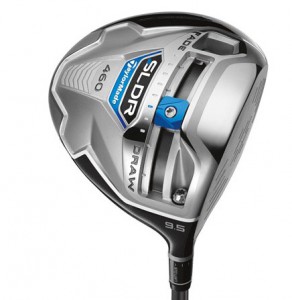 Over the past several weeks TaylorMade Golf has been field testing their latest driver on the PGA Tour and European Tour, putting them in the hands of their staff professionals to try. The uniqueness of the category-leading company’s new driver is the system to adjust the weighting of the clubhead in order to provided the user with a draw or fade bias.

Gone are the weights and weight ports pioneered by TMaG and copied by the rest of the industry. The new SLDR has a sliding weight that can be moved across the sole of the clubhead to suit the golfer. 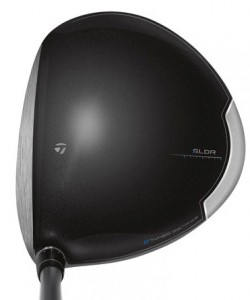 TMaG said their testing show the SLDR to be the longest driver they have ever manufactured but more importantly this new sliding weight system is one-of-a-kind and another superb example of the immense gap between TaylorMade’s market position and all other club makers.

Key to the distance gains is a redistribution of the head weight to a lower and more forward position which moves the center of gravity (CG) forward for a hotter launch, lower ball spin and consequently faster ball speed. For those “keeping score” this is similar to the impact the “Speed Pocket” had on the performance of the RocketBallz fairway and Rescue clubs, TaylorMade engineers believe SLDR’s low and forward CG placement will redefine driver distance.

“Without a doubt, this is the longest driver we have ever created,” said TaylorMade’s Chief Technical Officer Benoit Vincent. “Our expertise at positioning the CG low and forward sets us apart from our competitors, and is vital to making SLDR the spectacular distance machine that it is.” In addition to the low-forward CG benefits, SLDR also shows off the reinvention of the use of movable weights making easier to use. 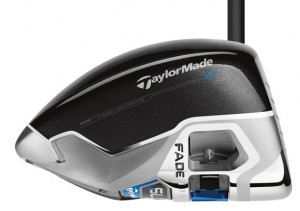 The SLDR has a 20-gram weight that slides on a track located on the front of the sole.

Movable weight shifts the clubhead’s CG horizontally toward either the heel, to promote a draw, or toward the toe, to promote a fade. SLDR has six millimeters of movement, 50% more than the current R1 model, promoting a shot-dispersion of up to 30 yards. The SLDR weight slides on a 21-point track system and never comes loose from the clubhead. To position the weight all that is required is to loosen the screw, slide the weight to the selected point and re-tighten the screw, all in as little as 10 seconds without worrying about losing the weight plugs used in the previous system.

Back in 2004 TaylorMade came up with the first movable weight driver, the r7 quad, which featured four weights that could be used to change the head’s CG location and influence ball flight.

SLDR also has TaylorMade’s Loft-sleeve Technology, which allows the golfer to easily adjust the loft. Golfers can choose from 12 positions within a range of plus-or-minus 1.5 degrees of loft change. The more loft added, the more the face closes and vice-versa.

“TaylorMade is well-known for creating technologies that help golfers hit better shots, but we also revere in the beauty of a golf club,” said Executive Vice President Sean Toulon. “It’s a very special feeling when you sole a club for the first time and fall head-over-heels in love with what you see. SLDR is that club. And it is going to make you fall in love with your driver all over again.”

Available in four lofts – 8°, 9.5°, 10.5° and 12°, SLDR is equipped with a Fujikura Speeder 57 graphite shaft. The Tour Preferred version, SLDR TP, combines the same clubhead with the tour-caliber Fujikura Speeder Tour Spec 6.3 graphite shaft. A variety of custom shafts are also available. Availability for SLDR and SLDR TP begins August 9 at a suggested retail price of $399.