There’s a challenge aimed squarely at TaylorMade-adidas Golf (OTCMKTS:ADDYY), the industry’s biggest and most profitable equipment company, and it’s being made by Callaway Golf Co. (NYSE:ELY), the former number one. This isn’t a challenge to be litigated in the courts but one to be played out over golf course tees and fairways with the winner determined by the spending decisions of millions of golfers.

Callaway had a run at the top of the equipment business for a number of years going back to 1991 with the overwhelming popularity of the original Big Bertha driver. They held that spot until company management had an admitted loss of focus causing the company to miss out on changing technology, customer trends and move into less profitable business segments. 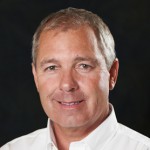 TaylorMade, led by President and CEO Mark King, took advantage of Callaway’s situation. To their credit King and his staff recognized what was happening and were able to step up with astute marketing of their cutting edge technology and push Callaway aside in the early 2000’s to become the sales leader in metalwoods. Since then TMaG was able to strengthen their position by pioneering the development of player-adjustable clubs while at the same time growing irons sales to the leading position.

Today Callaway is third in sales behind TaylorMade-adidas Golf and Acushnet Golf the makers of Titleist golf balls though since Acushnet is privately held their position is only an estimate.

Callaway’s challenge to TaylorMade dominance takes the form of a new driver named after the one that kicked off their growth in the 1990s, Big Bertha. From the standpoint of the name this latest reincarnation is not unique. In attempts to gain past glories Callaway has used the name numerous times– Great Big Bertha, Great Big Bertha II, Big Bertha  Diablo, etc. – but the current Big Bertha due to go on sale in mid-February does have some features that could place it head to head with TMaG. 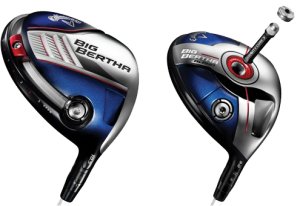 Specifically this Big Bertha comes in two models aimed at separate segments of the driver category. The regular Big Bertha for recreational players and the Big Bertha Alpha ($499) for players with higher swing speeds. The Alpha is built to impart less spin to the ball and a flatter trajectory, both characteristics preferred by better players and it has a totally new feature. There is a carbon tube in the center of sole that adjusts backspin without changing the launch angle.

The regular Big Bertha for lower swing speed golfers doesn’t make use of the carbon tube but does have something else new, an 8-gram weight in a 5-inch long track at the rear of the clubhead. As the weight is adjusted by sliding along the track, the center of gravity moves along with it giving the club a draw or fade bias. Suggested retail is $100 less than the Alpha model. 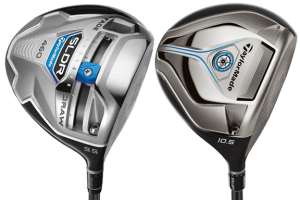 The Big Bertha goes head to head with TaylorMade’s SLDR ($399) driver launched last August and already the best-selling driver on the market. The SLDR was the first to incorporate the sliding weight but the track the weight rides in is across the sole. TMaG combined the sliding sole weight with repositioning weight nearer to the clubface for a low spin-flat trajectory shot pattern that has everyone from PGA Tour pros to weekend warriors acknowledging the benefits. It’s recently announced stable mate, the JetSpeed Driver ($299), doesn’t have the sliding weight but does have a slot behind the face TMaG calls a “Speed Pocket,” a distance enhancing design first seen in metalwoods made by their Adams Golf division. 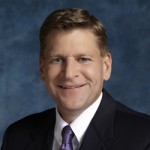 Callaway CEO Chip Brewer, who was hired away from the same position at Adams Golf shortly before Adams was sold to TaylorMade-adidas, has said he wants the top spot in equipment sales back. Since taking over in 2012 he has realigned company operations, sold off non-core brands Top-Flite and Ben Hogan and pressed the research staff for new innovative products. Brewer is challenging TMaG’s dominace not only in metalwoods (driver, fairways and hybrids) but also irons where TaylorMade has stayed number one with their most recent success being the RocketBladez line followed for the new season with SpeedBlade irons.

Time will tell if the one third higher price of Callaway’s top-of-the- line Big Bertha Alpha compared with TaylorMade’s SLDR runs into significant resistance from consumers and whether the difference in position of sliding weights produces measurably different drives. Golf consumers will make those determinations and vote with their pocketbooks.