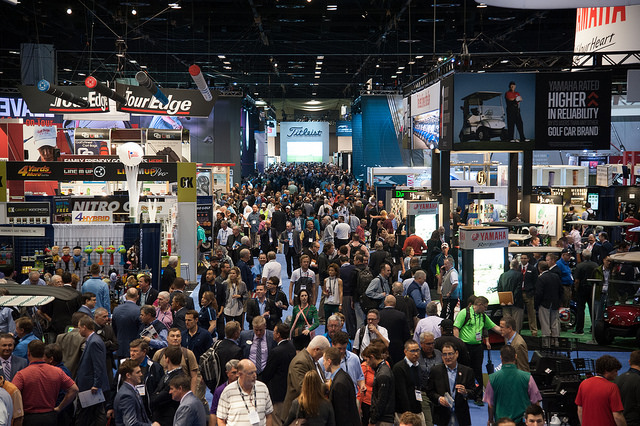 At this writing we are just over two months to the opening of the 2017 PGA Merchandise Show—in fact we are within 75 days. Open only to members of the golf industry it is the most important annual meeting in the business. Next year it runs from January 24th with a Demo Day held at the Orange County National Golf Center and ends on January 27th after three days of exhibits in Orlando’s Orange County Convention Center.

In particular those making and selling golf equipment will be looking for answers to the direction that part of the industry is taking.

Changes to the equipment OEMs and retailers have been coming at a rapid pace.

So one question is, how will the reduction in golf retail space with the closing of Golfsmith effect golf consumers, club OEM’s and the retailers themselves? Will the expansion in the number of locations by competitors compensate for Golfsmith’s loss and how will club pricing to golfers be affected?

Sales of clubs, balls, merchandise, greens fees, golf related travel and golf-front real estate values are all impacted by the number of golfers but with that number at best holding its own the business is not expanding.

Nike Golf’s exit from the club business has been projected to have minimal impact on the other OEMs but having said that Callaway Golf (NYSE:ELY) under CEO Chip Brewer has been very aggressive and is introducing attractive new products for the 2017 season. They reported a 6.9 percent increase in sales for the third quarter this year and project a substantial increase in earnings for the full year.

The other publically traded OEM Acushnet (NYSE:GOLF), makers of the best-selling Titleist golf balls, has just had its initial public offering of stock and said sales increased slightly (under 3 percent) in the quarter ending June 30 accompanied by increased profit. Acushnet also has a new line of drivers and fairway woods that are receiving good reviews.

The second largest OEM, after Acushnet, TaylorMade Golf is up for sale and has been for the past six months, evidentially with no takers. Owner adidas (OTC:ADDYY) said TMaG sales have been higher and for the first nine months of 2016 club and ball sales showed “double-digit increases” sales with higher profitability.

Other manufacturers such as Tour Edge Golf, Cobra Puma Golf and Srixon are also pressing to gain market share, albeit in a stagnant market, which means any increased sales will have to be at the expensive of another company rather than from market growth.

So the question is what will the future bring and the answer could be coming at the PGA Show. Not only will all of the new clubs and balls be available for evaluation but as significantly, industry insiders may be able to forecast which direction the market is moving. Millions of dollars ride on the decisions made.