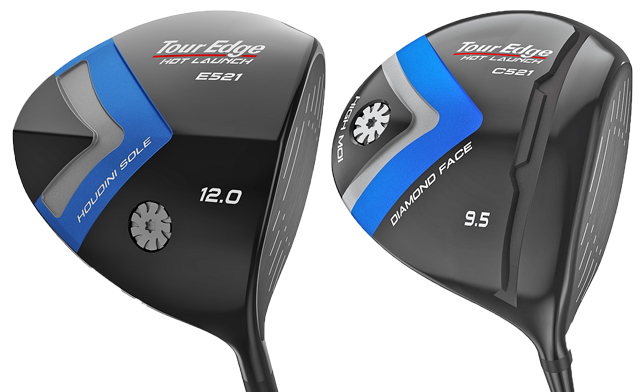 Tour Edge expands their offerings in the game-improvement club category with two new series, the Hot Launch E521 and C521.

WYNTK:
In recent years Tour Edge has seen strong sales growth due in no small part to the popularity with the average player of their easy to hit Hot Launch brand. In our view the company’s commitment to quality clubs making use of the latest materials and technology for the type of clubs played by the majority golfers is only surpassed by the reasonableness of their pricing. For example, the preceding Hot Launch HL4 series from 2019 included a driver retailing for $200 with performance comparable to competitive drivers at twice the cost.

In addition to the drivers described above there are two entirely new Hot Launch club lines, the E521 and C521, comprised of fairway woods, hybrids, iron-woods and irons.

The E family is targeted for play by those wanting the maximum help in launch, forgiveness and distance while the C series is for those with higher swing speeds who need some features in their club’s design to help their swings but not with the extreme weighting and offset of the Es.

The two lines have a wide selection of standard clubs encompassing 46 right-handed lofts and 20 in left-handed all with a black PVD finish.

“We have designed the new Hot Launch 521 series to offer both sides of game improvement in one colossal launch,” said Tour Edge President and Master Club Designer David Glod. “This is the biggest launch in our 34-year history.”

“What we’ve found is that the Game Improvement market falls into two distinct categories,” said Glod. “One side for players who want extreme ease of use and launch to the maximum degree and those who want the benefits of game improvement clubs, but with classic head shapes.”