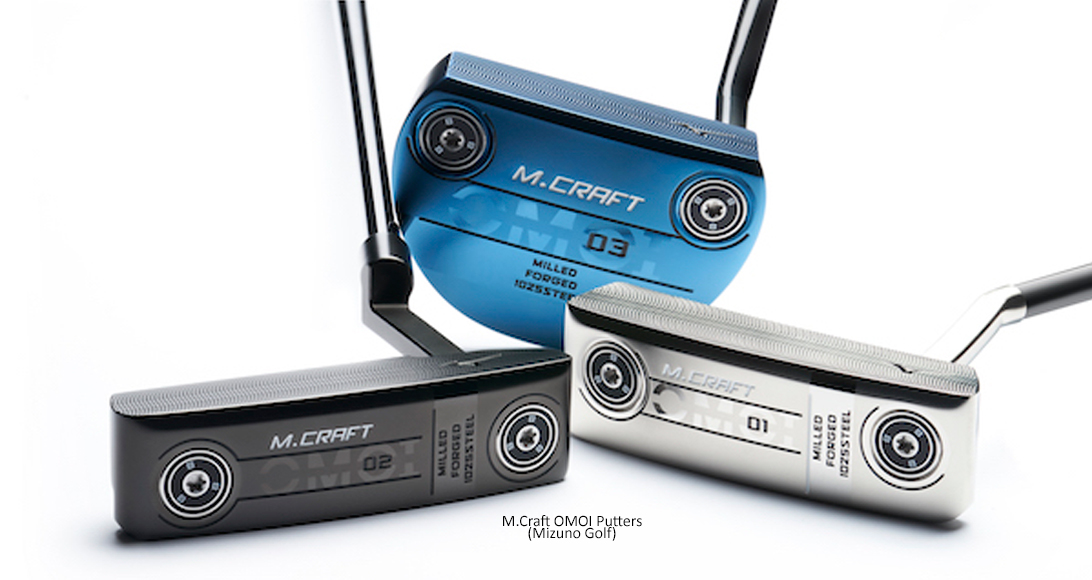 Premier iron-maker Mizuno Golf introduced the heavy headed M.Craft OMOI putter line as they work to broaden appeal to golfers from just irons to the entire bag including an earlier announcement of two new drivers.

WYNTK
Though Mizuno has been selling putters for years the new M.Craft OMOI models are a major effort to take a bigger piece of this part of the equipment market. Their reputation in irons may translate very well for them in the minds of golfers looking to buy a new flat stick.

Stability through impact is the major reason use of a lighter shaft and grip which allows more of the putter’s total weight to be in the head which is the same logic of using 8-gram weights in the sole with the option of going as high as 13 grams.

In general, modern putters’ weight are about 350 grams in weight with mallets being somewhat heavier but the OMOI #1 (3/4 shaft offset) and #2 (full shaft offset) blades tip the scales at 370 grams with the #3 (full shaft offset) being 383 grams. A lot more than usual but also a reasonable way to keep the head stabile when it hits the ball giving benefits in both direction and distance control.

“Our testing showed that locating more of the overall club weight in the head provided more consistent face rotation through impact,” says Mizuno’s Director of R&D David Llewellyn. “We’ve added up to 28g depending on the model, without increasing size or losing the precise feel of the original M.CRAFT. Plus, unlike most MOI orientated putters – the new OMOI also give incredible feedback off the face.”