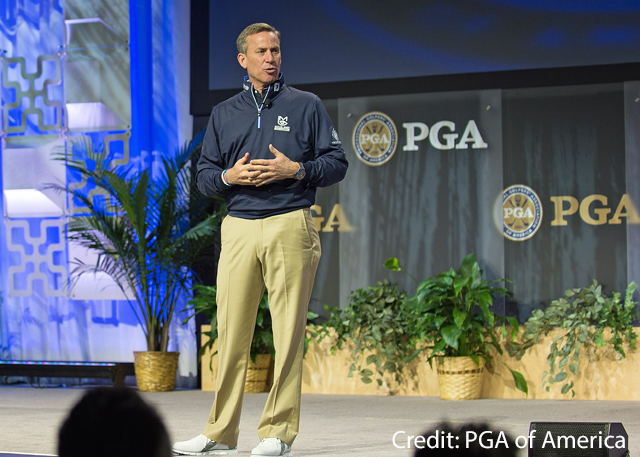 Previously I reported Michael Breed’s proposal players missing the cut in PGA Tour events should be paid. His thinking is these 80 or so players still have expenses, their presence has contributed entertainment value and therefore deserve compensation.

In opposition were my points based on the fact gaining a PGA Tour does not and should not guarantee a player will earn money. It simply provides the opportunity. In addition, there is a question as to the where the $10 million required to fund this for a full season would come from. Breed’s feeling was it could be raised by soliciting additional sponsor dollars or maybe “charging $1 more for a beer.”

Both ideas in my view are unrealistic.

Breed is consistently ranked as one of the most respected teachers in the game and as host of A New Breed of Golf on Sirius XM Radio he is not one to shy away from a topic nor reluctant to voice an opinion.

After my column “Why Not Just Give Everyone a Trophy?” appeared he called, and we talked for over half an hour. It would be fair to say neither of us changed our opinion and the friendly exchange ended by agreeing to disagree however some interesting points were raised.

Breed said, and of course it is true, the PGA Tour is very well off financially with an immense income and it’s not just from selling the broadcast rights for the Tour events. They also have an extensive real estate/golf course operation not to mention income from the use of their brand name by a variety of “partners.” He also brought up the agreement recently signed with Discovery Channel for $2 billion covering the international rights fees for Tour events plus the immense potential of revenue due to the advent of legalized gambling in this country.

Bottom line is Breed believes the money is there to pay all the players something and they deserve it because they have earned a Tour card.

On the other hand, just as golf is unique among sports, professional golf is unique in the world of pay-for-play. Players are independent contractors and got into the business understanding there are no guarantees. In fact, that is the essence of the PGA Tour setting it apart any other professional sport.

Players on the PGA Tour have the chance to exhibit their skills in the face of intense competition. It is a bastion of individuality and an arena where the spotlight always shines.

Playing on the PGA Tour shouldn’t be just another job with a minimum wage disguised as an appearance fee rewarded for being unable to make the cut.

Playing privileges on the PGA Tour are an opportunity to excel.