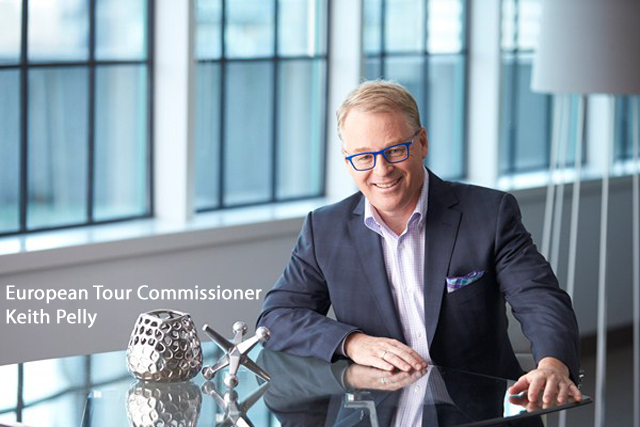 The idea of doing something to hasten the sloth-like pace of professional and college golf, not to mention that four-ball ahead of you last Saturday, has been kicked around for some time. Golf’s pace of play has been criticized for as long as I have been playing but no one has really done anything practical at the elite level until the European Tour’s commissioner Keith Pelley decided enough was enough.

Thus, was born the Shot Clock Masters which until this year was known as the Austrian Open. Let’s not discuss how the name of Bobby Jones’s major was usurped again but look at the results of this experiment in rationality.

First the background. Commissioner Pelley (who also inaugurated the innovative GolfSixes event) made the decision to attack slow-play head-on by placing every player on the clock every shot. Unfortunately, because it took place the week before the U.S. Open and it was in Austria, this unique and revolutionary event gained only passing notice. After all there was all the hype leading up to Shinnecock and then Dustin Johnson’s impressive six stroke win in Memphis capped by a walk-off eagle on the 72nd hole.

Each group in the Shot Clock Masters for each round was accompanied by a golf cart on which a large digital shot clock was mounted. Players had 50 seconds to hit if they were first to play an approach shot and for par-3s or putts. That was shortened to 40 seconds for par-4 and par-5 tee shots plus when they were second (or third) to play on putts and approaches. If the player went over the allotted time there was no grace period, appeal or looking the other way. What he got was a one stroke added to his score.

The digital display was easy to see and the operator (the Euro Tour called them “referees”) said “time” when the clock started so everyone knew what was happening.

The question of course is what were the results?

Do you see a trend?

Shot Clock players interviewed were enthusiastic (there were only four penalties meted out in four days), event officials were happy as were European Tour officials but so far, I have seen no comment from the PGA Tour nor the USGA.

Lost in all the noise though was something that turns the tables on those who say the pros play slowly because it’s their livelihood and they are playing for a lot of money. The average score for the entire Shot Clock Masters was more than one stroke less than the average for the past eight years of the Austrian Open on the same course.

It’s true the top players were missing from the Shot Clock Masters, either playing in Memphis or preparing for the U.S. Open but even so to cut off one-half hour from the previous average time AND have the field score lower is significant.

The PGA Tour has a pace problem with some of its players and the Tour seems to be stonewalling—a lot of discussion and few penalties. The USGA has conveniently avoided the issue resorting to inane PSAs such as the laughable “While We’re Young,” figuring out how to set up courses for the U.S. Open to embarrass contestants and rationalizing not disqualifying Phil Mickelson when lesser names would have been shown the path to the parking lot.

The problem with slow play, whether on the tours or at your club, is we don’t shine the spotlight on the offenders to embarrass them and then impose consequences.

Tackling the cause of slow play is recognizing it is not so much a problem inherent in the game but the lack of respect with players having a “me-only” attitude.